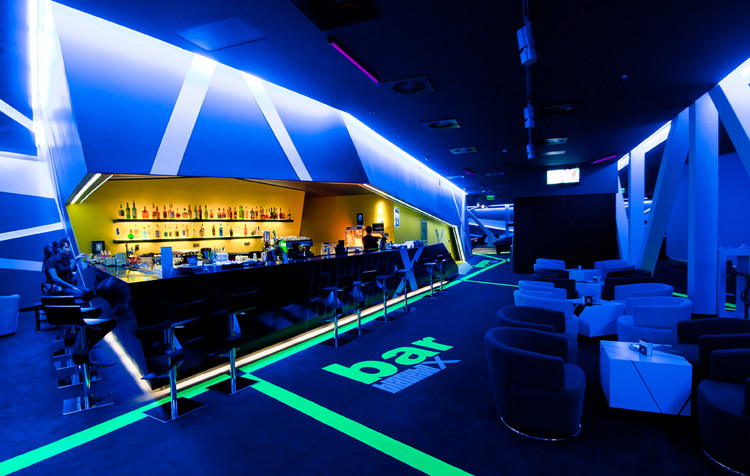 Text description provided by the architects. The brief of the project asked for the design of a games club located in one of the most significant spaces of the building. The main requirement was to obtain a space with a completely controlled atmosphere with no relation with the outside world in which you are not aware of the time passing.

The design proposal started from generating a completely black box, as well as a shape and as a concept, an abstract space that doesn’t breathe towards the outside world but keeps locked within the memory of events. Therefore the existing windows become showcases for exhibiting and communicating towards the outside, a sort of dynamic information screens.

The inside, although a vast in surface (2,000 sqm) proved to be difficult to configure and especially to organize within a coherent unique concept, due to the existing random layout of technical areas and the crisscrossing massive steel structure. In the first design concepts we tried to cover and hide the existing structure, then tried to ignore it but came to realize that the best solution is to integrate the structure within the general interior design and to multiply it as a deformed projected image on the perimeter walls.

Over the actual structure we imposed two elements with the intention of unifying the interior – one is the continuous strip of the perimeter walls that wraps up the entire space, comprising gaming as well as technical areas, and the other one is the artificial lighting that through its dynamic, intensity and color scheme modifies the space and in the same time divides it discrete in different areas. The spaces that make up the interior are thus differentiated in dynamic areas for gaming, static areas for bar and seats, intermediary areas for communication, etc.

The technical areas and supportive functions for the club have been enclosed within the perimeter wall strip, forming punctual landmarks for the bar area, the circular projection wall, the smokers area, bowling or gaming area. The central cylinder is the only place where a filtered contact with the exterior is possible within the abstract interior – natural light enters at the base of the wall discretely indicating time’s passing, while the video projections above the wall distort the interior atmosphere. The entire furniture has been custom designed for this project, following the same conceptual design theme. Each piece of furniture serves its functional role and follows the concept: the dynamic bar counter made of kerok, the facetted sinks with inclined margins, the tables in the seating areas and the counters in the gaming areas with dynamic insertions that reproduce the wall prints.

The flux of movements in the interior space has been a major theme from the beginning on, and the carpet was personalized as an interior map that charts the different functional areas by the use of printed texts and paths. This adds to the fact that the entire space can be read as a communicating body that facilitates the movement within it and the reading of the separate areas. The strong colors chosen for highlighting the space set landmarks in the black surrounding.

For the whole interior design we strived to create a strong conceptual identity around the theme of the Blackbox, defining all the elements that make up the whole, the logo, the furniture ant the entire interior context. 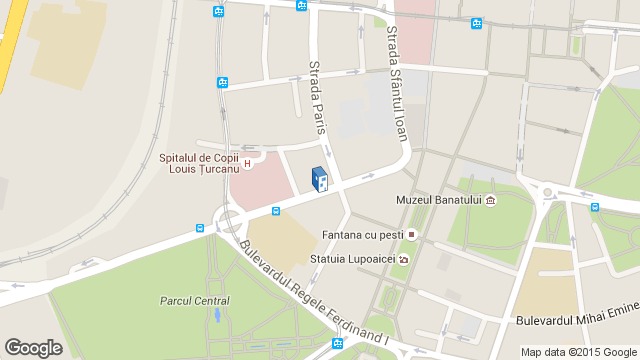 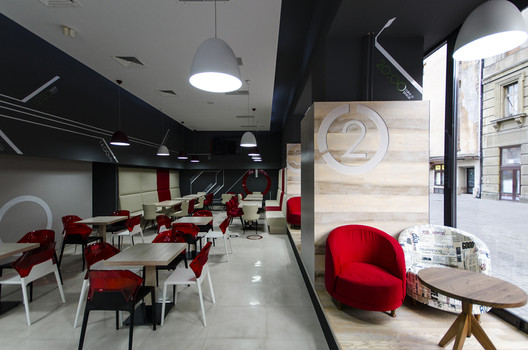