Save
In Praise of Shadows / Pitsou Kedem Architects 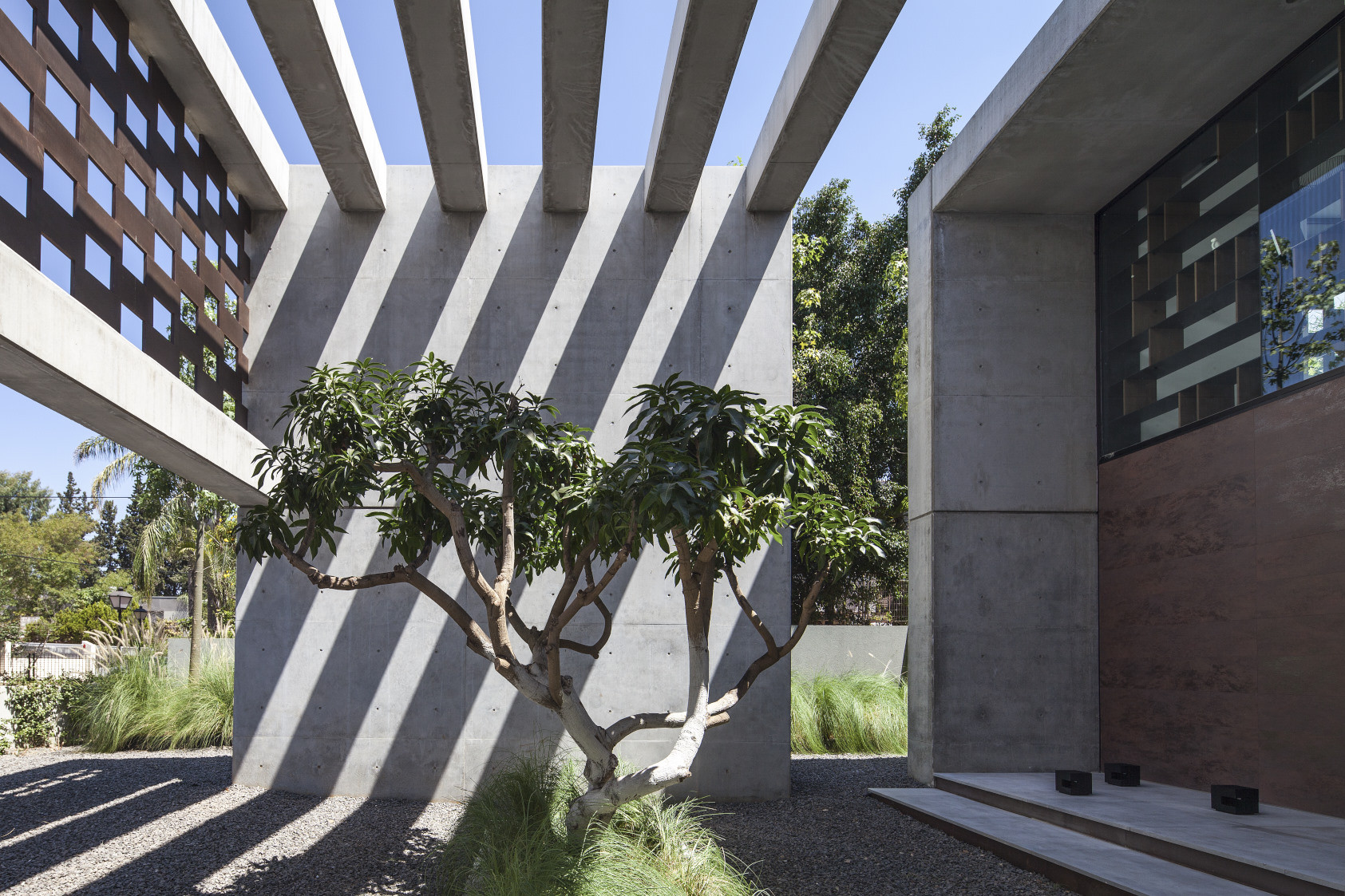 Text description provided by the architects. Mass and space combine together in a perforated, weathered steel (Cor-Ten™) structure that creates and sets clear boundaries for the home. The structure regulates the amount of sunlight penetrating the building’s spaces and controls the angle of sight both into and from the building whist creating a controlled, visual dialogue between the inside and the outside.

The structure is constructed from layers and areas. The central area which is the central space, the residential area which centers around a double, communal living space and the external area, the weathered steel structure which defines a border and area for the building whilst creating new, intermediary areas that combine the inside and the outside.

The external area, the weathered steel layer is seen as being two dimensioned from afar but does, in effect, have volume and can be experienced almost as a piece of sculpture or work of art and not just in terms of its function as part of the building’s structure. This same structure creates the building’s most important element, an element that has no physical aspect and takes up no volume or space – the layer of shadow. Shadows projected onto the walls and floor result from the building’s external structure’s early planning that relates to the angle of the suns light on the plot. This early planning allowed the architect to create areas and complete surfaces used as a canvas for the shadows to paint upon. The building is constructed of exposed concrete walls, large and inanimate and, without the movement of light and shade, they appear almost monastic. The shade and shadows moving across the building’s surfaces create a dynamic drama that makes the entire mass seem to be alive and full of movement. Sometimes the shadows and shade create repeating geometric shapes that sometimes stretch the entire length of the wall and sometimes creating unique blends of color and depth on the grey walls.

Light and shade on the structure enhance the user’s experience in the space and provides the space with structural richness, movement and a certain mystery. The materials chosen for the building’s construction are all in their raw state (concrete, weathered steel and wood) with sunlight changing their colors throughout the day. The weathered steel takes on a bright orange color during the day and towards evening, appears almost black.

The considered use of the most abundant resource available in the local climate, sun light, allowed the designer to create an entire world of contrasts and suspense seen in one project: between mass and lightness, between silence and dynamism, between simple and complex, between light and dark, between mysterious and the known. Together, they enrich the structure both from an architectural point of view and the relationships between the building’s spaces and those living in them. A still cactus garden enhances the dry atmosphere and the silence with only the shadows of the cacti on the concrete walls and ceilings bringing the garden to life and acting as a symbol for the entire project. 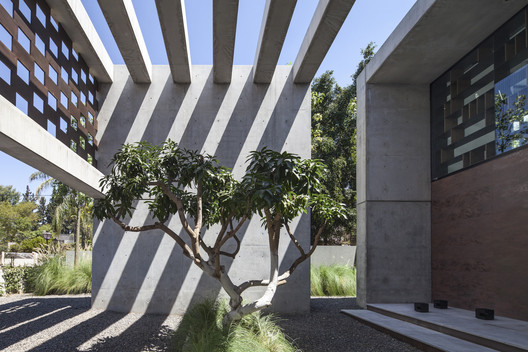