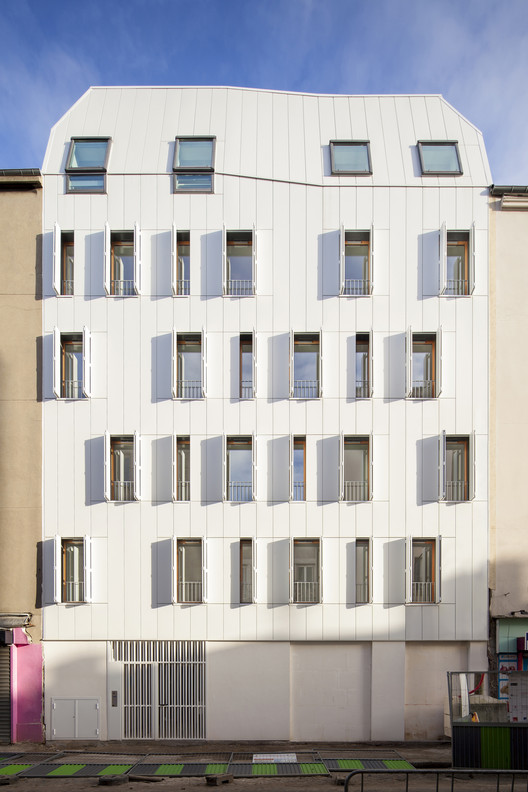 Text description provided by the architects. This 10 social rented housing is part of the National Plan Redevelopment of Former District Gradients (PNRQAD).

The narrow land on which the project will intrude is caught between two buildings of existing housing. For the sake of courtesy integration vis-à-vis neighboring buildings, the project gutter line just to hang on to those of the two buildings that adjoin. Their difference altimetry results in the weakening of the horizontal line on the street front.

Because the project is part of an environmental approach claimed but also because the small size of the plot and its difficult access urged him, the architects of JTB.architecture proposed a structural scheme adapted to these criteria.

The building thus consists of a base in reinforced concrete and masonry, on which the five floors and roof panels made entirely of wooden cross-laminated KLH.

This structural choice has many advantages:

- It minimizes the constraints of site facilities (no fixed crane)

- It guarantees a clean site and low pollution,

- It facilitates the formation of a thermally efficient envelope

- Participates in the fight against climate change by storing C02.

In France, the construction of multi-family wood from such a height structure is still counted on the fingers of one hand. The composition of the staircases and wooden elevators are unprecedented for this type of program.

Despite its small size, the project offers a variety of housing typology, from T1 to T5, all through and offering a private outdoor space for everyone.

The building envelope is completely isolated from the outside and coated with a white lacquered metal skin. 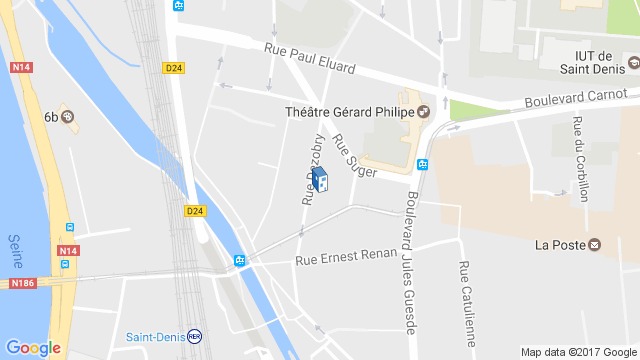