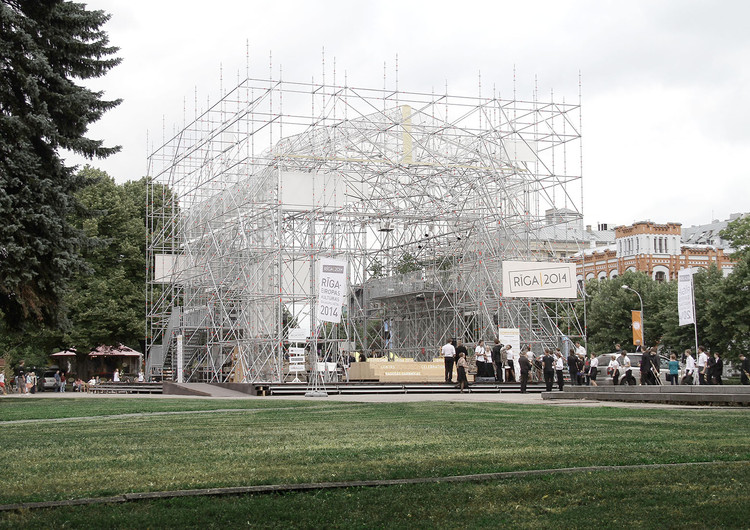 Text description provided by the architects. In 2014, the Latvian capital Riga was officially unveiled as the European Capital of Culture. A temporary architectural structure “Riga 2014 pavilion” was opened in Riga's center, at the Esplanade Park. It became one of the artistically richest culture hubs in Riga for various events both in 2013 and 2014. It was also one of the largest architectural structures built specially for Riga 2014.

This temporary pavilion was Riga - European Capital of Culture 2014 information center. It also functioned as a stage, conference and workshop space, cinema and public garden. Pavilion's purpose was to gather people, inform them and encourage them to be the participants of culture process. It's simple, transparent and changeable structure gave the feel of openness, integrated it in the park atmosphere and allowed various uses and scenographies.

After experimental season of summer 2013, during autumn and winter “Riga 2014 Pavilion” was turned into an art object to adorn the landscape of the Park with an illuminated structure. After that it revived with a different visual image again in summer 2014.

“Riga 2014 pavilion” was as a host for concerts, conferences, creative workshops, performances and various other art and culture events. There were also a café and a reading-room of the National Library of Latvia and temporary TV studio.

The key words for the design of the structure are “openness” and “transparency”. This concept has influenced the architectural solution. It resulted into an easily transformable and adjustable platform, so as to emphasize the content of each different art and culture performance, to make it inviting for people and harmonize with the surrounding landscape of the Esplanade Park. The building was made of simple, lightweight and adjustable materials – the main structure, 14 m tall, consisted of a scaffolding system with plywood deck floors and white screens for video projections throughout the building. But the main, largest space was located in the middle of the building and was also a shelter from rain and wind. The roof and walls were made of a transparent PVC tent material. During daytime “Riga 2014 pavilion” could be used as a creative place to meet people and socialize, but at night the object turned into an illuminated, artistic installation or cinema.

Transparency and flexibility might be also perceived as an impulse for processes in art and culture. It has become an inviting place to visit. The physical space is only an almost invisible, flexible and adjustable background for artistic expression and performances, which are the essence of “Riga 2014 pavilion”. Transparency here helps also to eliminate the border with the public space, when performances transform into outdoor events in a beautiful park in Riga.

Pavilion was built using rented scaffolding structure. 80% of building's materials were re-used after dismantling it. No energy for heating or cooling was used. Pavilion could be transformed into "greenhouse", shaded pergola, closed tent or open space deck, thus adapting to the weather conditions. 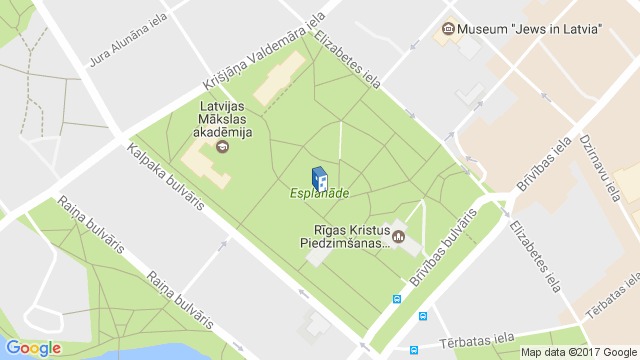