Work has begun on O'Donnell + Tuomey's first project in Hungary. The new collection of buildings and restoration projects for the Central European University in Budapest sits within existing courtyards in a dense area of the city. Bringing a total of 35,000m² of new space to the inner-city campus, the project consists of a new library spread across five floors, an auditorium, multiple public spaces, teaching and learning facilities, study rooms, and a café. 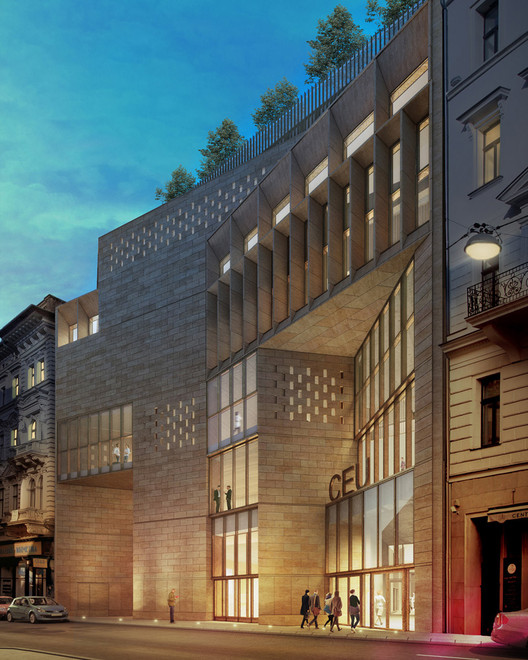 In an interview with Sheila O'Donnell and John Tuomey on the occasion of the RIBA Gold Medal ceremony earlier this year, the Irish partnership commented on this project:

Sheila went to the City Architect in Budapest at the time in which were developing our initial designs. Before introducing our project she gave a reading of the city – one that stemmed from out efforts to try to look at it very closely – but from a basis of innocence, as it were. At one point in the presentation the City Architect interrupted and said “I see you’ve fallen in love with our city!”

The €34million scheme spans six buildings in Budapest's historical city centre. The first phase of the scheme is set to complete in 2016.