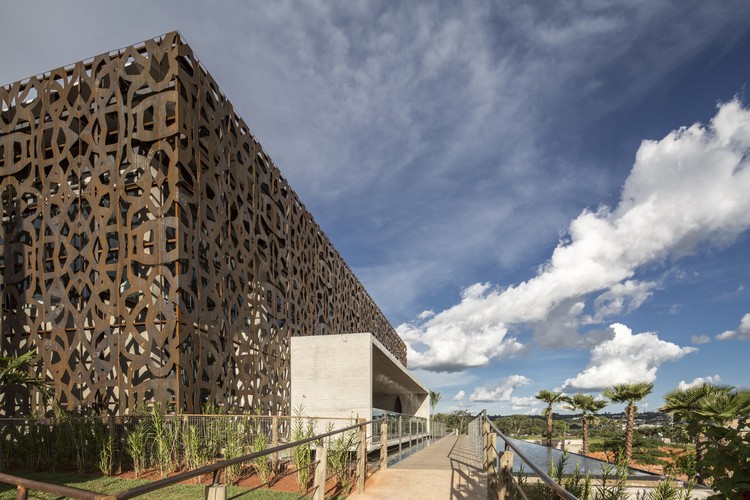 Text description provided by the architects. In the sea of concrete, Nau lands the air from the Northeast coast.

When Nau Restaurant landed in the Capital, in the second half of 2013, it did so next to Paranoá Lake, which refers to life in the Paraíba coast. Therefore, it doesn't ignore the concrete sea that surrounds it and is anchored in the institutional architecture of the city. Thus arises a facility with a complex mission: to harmonize the presence of the sea within the Brazilian character of concrete.

The architecture of Sandra Moura, who designs the project, had already been happy in the composition of the remarkable structure of Mangai, a restaurant in the same family owning Nau, both based in João Pessoa, the capital of Paraíba. She decided then to join the two structures.

And this union is not metaphorical. Nau and Mangai occupy adjacent sites are just ten meters away, conceptually tied together.

This union is especially embodied by an element in particular: weathering steel, which Sandra Moura had already used to coat elements in Mangai and now uses to clad almost all of the facades, adding vertical and horizontal planes of exposed concrete, forming a second skin.

Cutting the figure of the palm leaf (common in the flora of the interior of Brazil), weathering steel is harmonized with the dominant concrete of Brasilia. "We created a dialogue between the structure of weathering steel and concrete, balancing the different materials," says the architect.

In total, the Brazilian unit of Nau - the parent was founded in 2010 in João Pessoa - occupies more than 7 thousand square meters of built area, distributed over three floors. On the first floor are the main dining area, kitchen and services. On the ground floor are the parking and technical facilities. And on the top floor is the area for events.

Despite being next to Paranoá (both restaurants are located in the Sports Club area-SDul, close to the JK Bridge), the architect launches additional doses of extra coolness, compared to the dry climate of Brasilia, with the creation of a lake that separates the nucleus of the restaurant from a loose part, accessed by a wooden walkway of galvanized steel that leads to both restaurants, inviting customers to visit the two structures.

References to the marine environment - which is present on the menu - make up the special agreement that can be viewed in the cellar (where two large tables shaped as boats are inviting, on which also hang two boats) and wood boards by the windows, which are shaped as hatches. "We made the trip to the restaurant into a real nautical trip," says the architect.

The gastronomic offer of Nau is also present in the grooves of the walls that simulate fish scales and also in the lighting project developed by Peter Gasper that throws metal vapor in green, blue and white colors on the access of the facade.

"With this concept, Nau contributes to Brasilia with the intention of adopting some gastronomy, culture and life references from the coast in the Brazilian capital," concluded Sandra Moura. 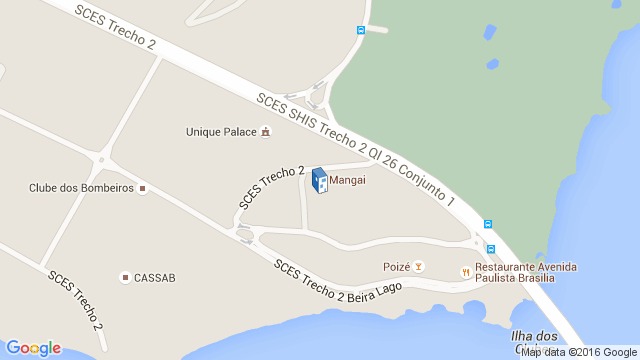