Save
Peripeteia: Exploring Space Colonization through Architecture
Share
Or
Copy

Long after earth’s first journey to the moon, the idea of space colonization has continued to fascinate us. It is a subject repeated in countless science fiction works and even architectural proposals. For designers, this new frontier is seen as a tantalizing subject for exploration and will likely generate entirely new typologies for inhabitation. These fascinations formed the basis for Luis Daniel Pozo’s Diploma Project at the University of Applied Arts Vienna, from which he developed possible prototypes for “the city above the skies.” 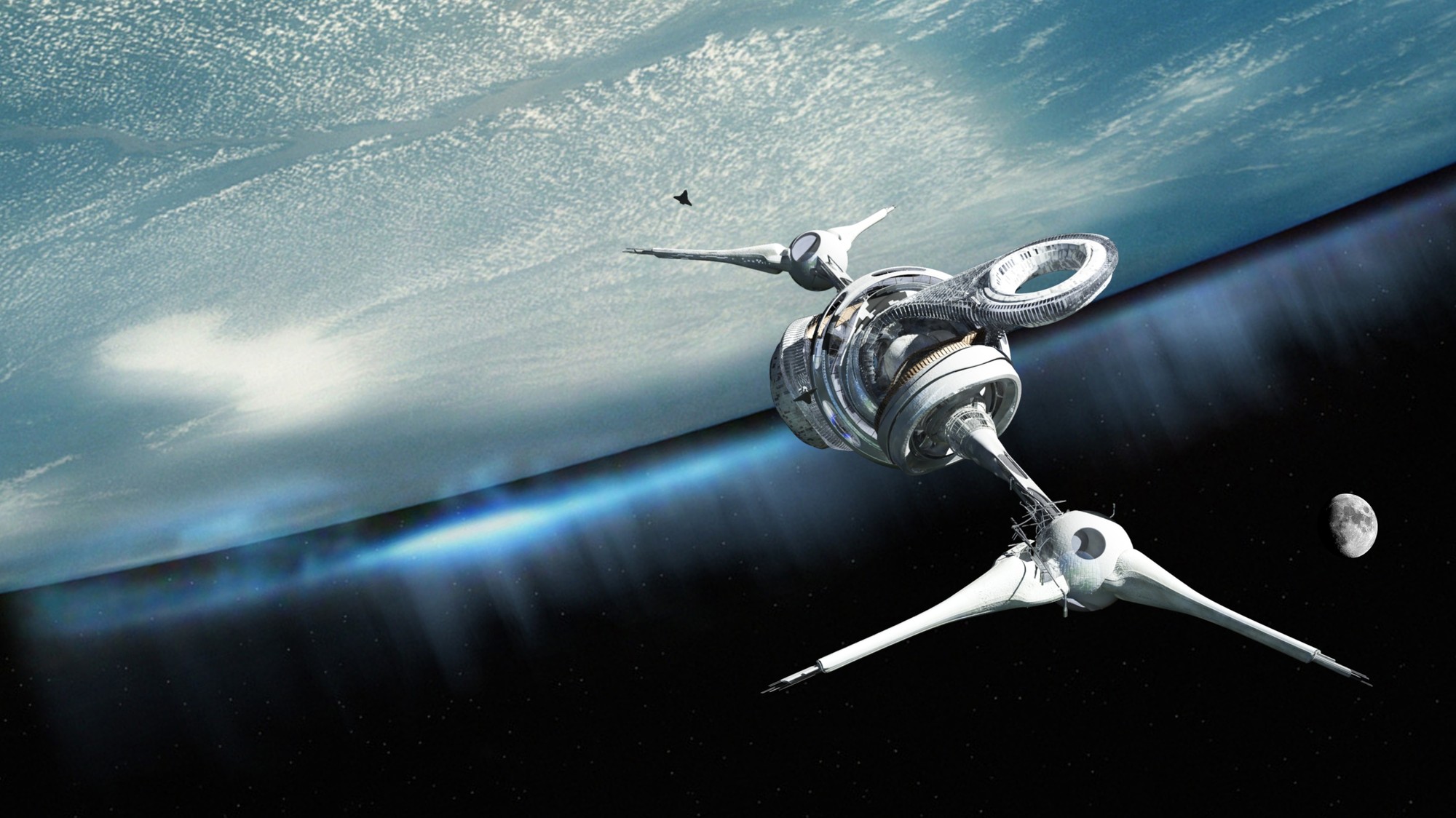 Named after the Greek word Peripeteia, Pozo’s project represents a turning point in human habitation brought about by space exploration. Studying under his project tutor, Hani Rashid, Pozo looked to numerous early concepts including Georgy Krutikov with Flying City, Paolo Soleri with Asteromo and Greg Lyhn with New City. These works formed a theoretical foundation upon which Pozo could refer to the scientific concepts of Gerad O’Neil to organize a system in which life is made possible in space through “Artificial Gravity.”

As a new typology, such a proposal can eschew the constraints of earthly terrain to explore adaptable and reconfigurable components. Traditional built elements such as plazas, bridges, atriums, and city blocks are thus radically redefined in a non-orthogonal fashion to establish themselves within an infinite expanse of space. Through adding and subtracting various elements (perhaps in a similar way to the pods in a space station), such a structure is rendered continuously dynamic and may reflect the adaptable societies of the future. Developed as one of many components of Peripeteia, Space Habitat Constellation (SHC) is a prototype living habitat for space colonization. The concept relies on a modular approach integrating both a static and dynamic system to house 3000 inhabitants for an infinite period of time.

Within SHC, one of the most important challenges is developing a system of artificial gravity in order to combat the negative health implications for astronauts. This feat is accomplished using centripetal force generated by the spinning of the SHC, and forms areas for education, science, and research. In a contrasting space, the core of SHC consists of a large longitudinal body which hosts smaller modules on its periphery for habitation. For now, such a project may be understood as a utopic dream, but as technology continues to advance, theoretical projects such as this may be an important step towards imagining a future of space colonization.