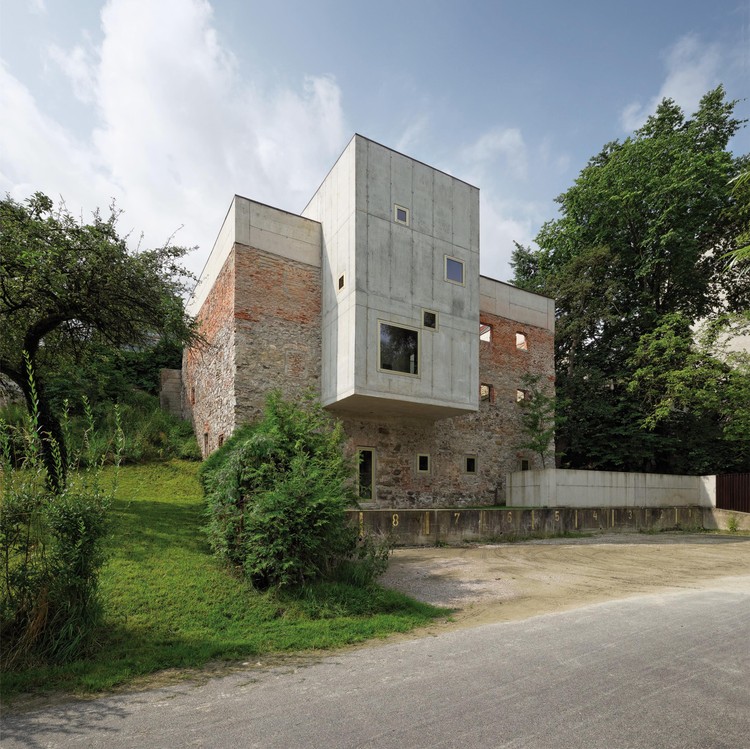 Text description provided by the architects. Where in the past a small square marked the medieval gateway to the old town district of Ennsdorf, the garden house stands today. Arisen from an old farmhouse which was entirely ruinous it shapes the counterpart of the historical tollhouse. The traces of the past have slightly vanished, the wayside shrine, that once stood impressive in front of the tollhouse's gable wall, has been moved to the right. The hedges have become too close to the free area.

The newbuilt garden wall follows the narrow contours of the Haratzmüllerstraße and recesses in alignment with the tollhouse's gable. Thereby the suggestion of a larger square appears and the entrance to the garden house, which one can feel from outside as lush greens only, becomes clearly visible as a simple corner of the square.

With its barriers the site ensures calmness but at the same time is open for guests who'd like to immerse into a place of being. We call it garden house because this describes the atmosphere of fusing intense green and space. The content is discribed by Refugium for retreating, Laboratorium for creative workshops, lectures and discussions, and Klausur for private viewings and small cultural events such as vernissages and concerts.

The old farmhouse is a ruin. The remaining outer walls create a large courtyard in which the new concrete volume is inserted. It's a house-in-house concept. Two patios that are linked together beneath the small house into one space.

Upstairs there a guest rooms and the main entry. A staircase down to the level of the gallery courtyard is hidden behind a porose new wall which doubles the outer wall. As a reference light comes through small holes in the format of bricks. The new house cantilevers in the direction of the river Enns and creates an interior space outside the old walls. From here you can let your eyes wander across the water, where in the past the bank was used as a harbour for the rafts.

In terms of energy saving, resource optimisation and nature conservation issues the sustainability of the building is a land-use-planning one, it's based on using existing structures in the city. This should become the most important ecological answer for whole Europe in future. To avoid constructing new buildings saves much more of everything than any other scheme. 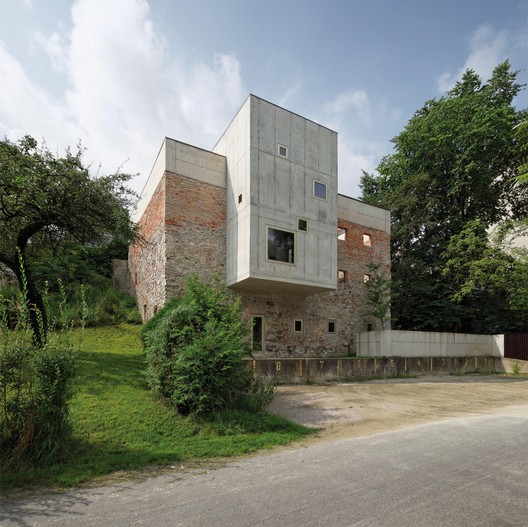