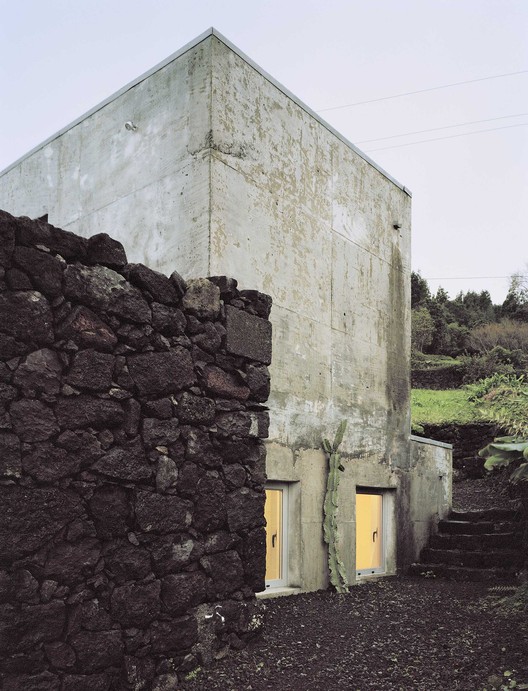 Text description provided by the architects. A ruin was the starting point for the design of a holiday house in the island of Pico. The project came from the will to maintain a ruin and thinking of a house that would value it, a house that could be modelled to it and take advantage at the same time, offering the most diverse and complex possibilities of living than the former typology.

Since the building is approached at the level of the covering, because of the slope of the land, we designed all the covering of the project as if they were decks, allowing to be used as sitting places or for contemplation.

The house, modelled inside the walls of stone, was designed with generous openings, for light to come inside and to contemplation of the landscape. These openings are sometimes lined up, and sometimes not, with the former openings of the ruin, creating new frames and relations with the original limits of the house.

The project is a movement between a limit line, in stone, and the intervention volumes that are led by that same line, but sometimes flow independently or extend, whenever the necessity of space or of a view is needed.