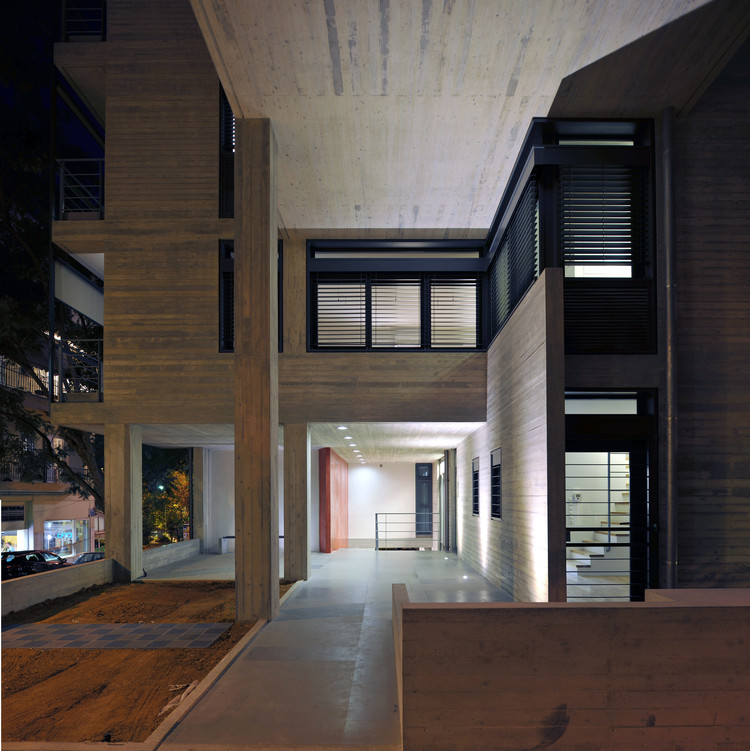 Text description provided by the architects. The apartment building lies on a sloping site that faces onto three streets and is comprised of 5 stories with apartments, a pilotis and 4 underground levels ― 1900m².

The major compositional issue was that of inhabiting the city through an investigation of the building type of the polykatoikia, i.e. the Greek apartment building. By avoiding morphological, conceptual, technological and other embellishments - instead focusing on abstraction and economy in respect to architectural ideas and their design and practical application on paper and on site - an attempt was made to redefine architecture as an individual as well as a collective social commodity, since it pertains to both the formation of private space as well as space collectively inhabited.

A typical commercial apartment building, even as the exclusive result of technical and financial considerations laid down by the residential market, sets by itself a typology, which requires some analysis and which may convey certain useful conclusions. This becomes possible since, even with all the mishmash of buildings, one can still discern the architectural standard of an abruptly-halted and flawed “architectural spring” of the 1930s and, mainly, the 1960s. The connection with this standard model was the starting point of the study.

• Expressing the concept and purpose of architecture as being a “vessel for Life” and not as a fleeting lifestyle;

• Formulating this concisely through the basic representational means, primarily the floor-plan and the section, but also as abstract ideogrammatic inscriptions, as ideograms;

• A simple, dense and clear-cut form, which can be subdivided in parts or repeated in multiples;

•  Articulating the building in a constructivist manner, distinguishing between weight-bearing structure and filling agents;

• A multifunctional, unified, flowing, interior common area, in combination with the minimal, strictly private space, of the “room

• Economy in the creation of form.

These issues of “type” constituted the general regulatory framework within which this study was pursued.

Within this context, an attempt was made to preserve and strengthen the continuity of the city and to incorporate within it the new apartment building (aesthetically, structurally and functionally). An expression of this continuity is the free access, semi-public passage, which runs through the pilotis and connects the building to the movement network of the city. It is an open uphill pedestrian path. At the same time this “passage” can also be utilised as a collective meeting place, where residents can linger or pass through. Thus, the building adapts to the ground, taking in the incline within its section.

The same happens with the formation of the external facades through equipping them with environmentally beneficial special machine-operated awnings. The sturdy, chthonic construction of the load-bearing structure of reinforced concrete, combined with this light, modern technological system, created a fertile counterbalancing pairing, which thus enhanced both.

Another element of the central concept is also the composition of the construction structure of the building in terms of the logic of a Lego set.  It can be completed gradually over time, in independent “layers”, each distinct from the other, thus facilitating the stages of construction, as well as the process of repairing or changing them.

The weight-bearing structure is organised on a grid of concrete walls and columns while the floor plan is in zones. The large zone is constituted of walls and delineates the more stable (stairwell, bathrooms) and protected areas (living rooms). The smaller, with the columns and the in-fill materials, is the more flexible part, and delineates the smaller areas (rooms, kitchens, semi-outdoor areas) and/or extensions of the living rooms. Thus, the building's compositional structure with its added zone functionality and the permeability of axis and movement of the load-bearing system, provides the possibility of alternative configurations of the floor-plan on each level, depending on the topography (slope of the site, view), planning code restrictions, the residents’ space requirements and so forth.

Finally, as a result of the “Lego” rationale, the idea makes it possible for this basic type to adapt to various cost possibilities, construction systems, materials etc, all of which however, despite their differences, constitute products of the same ancestry.

During the design process, the erosion of the mass of the building, from the void in the midst of the pilotis and from the intervening covered open spaces and balconies, in combination with the small width of the building defined its bioclimatic behavior. Taking this into consideration, we sought to include through openings on the north-south axis that would naturally cool each apartment individually as well the individual spaces of the apartments, wherever possible. This cooling effect is further assisted by the microclimate created by existing perimeter planting in the verges/yards of the ground-floor stations, but also from the presence of water in the small swimming tank on the building terrace.

Sun shading for the building’s spaces is achieved by fitting metal frames to the balconies / glare shields, which support a system of textile shades, that can move vertically and extend horizontally, in combination with the application of a system of moveable louvre blinds on an aluminium door and window frame with a low emissivity glass. 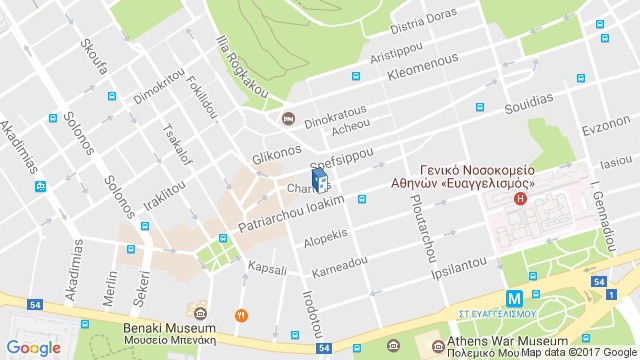 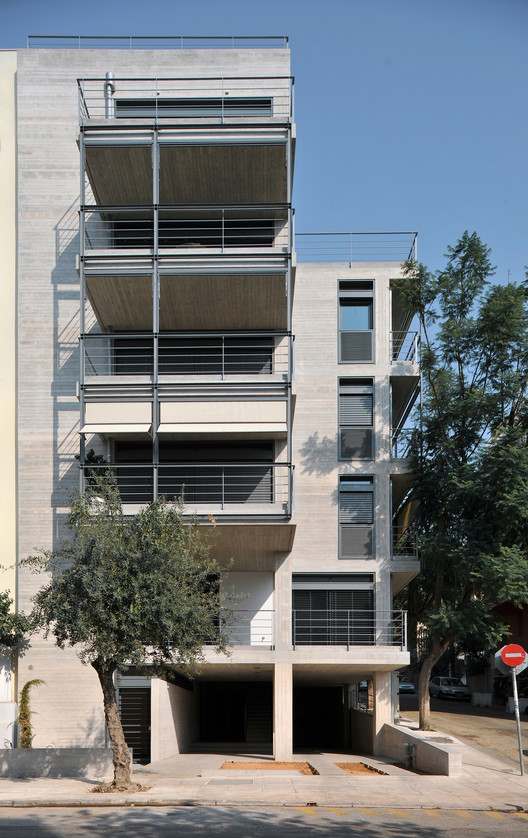