Save
Pulp Press at Kistefos / A2 Architects 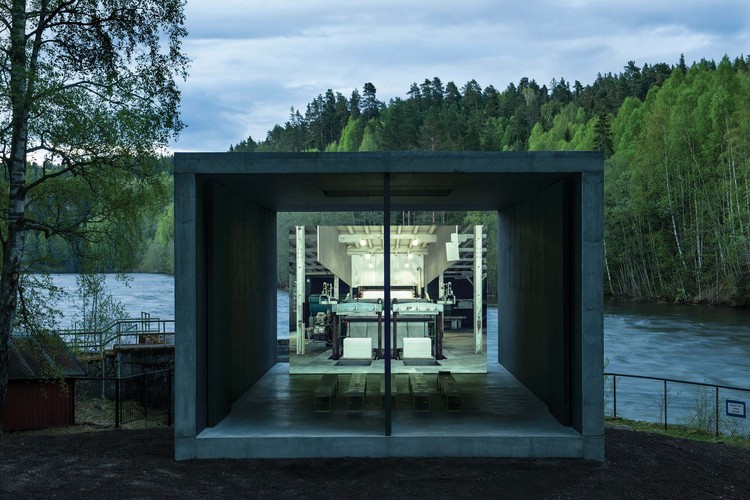 ‘Pulp Press (Kistefos) 2013’ is a permanent site-specific artist-architect commission for Kistefos Museum - one of Scandinavia's largest parks of contemporary sculpture. The museum occupies the grounds of a 19th century paper mill in Jevnaker, an hour north of Oslo, Norway.

The cast concrete pavilion is an open-ended volume, 13m in length, 6.5m in width and 5m in height with one open façade facing the former paper mill and another facing the river. It sits at an angle to form a taut cluster with an existing boathouse and a cast concrete pier. The pavilion shares its polished concrete floor level with the pier that likewise takes its cue from the fifty-year flood level. Its concrete form is embedded like an erratic onto a sloping river meadow.

One arrives at the pavilion to be presented with a shuttered, camera-like front consisting of a trio of pivoting pre-stressed plywood doors. The doors are recessed into the pavilion in order to create an ante space before entering the darkened interior. Within, the concrete walls of the pavilion are darkened with a black pigment to enable a large projected moving image of the original press that has brought the industrial machine of the old paper mill back to life, albeit as a digital simulacrum built with software that is more typically used by the military and gaming programmers. The projector is recessed into a pocket in the roof thickness thereby allowing for the projected work to be received onto a freestanding cast concrete wall within the pavilion.

The projected work within is a hyper-realistic portrait of the machine (decommissioned in 1950) and painstakingly remade as a virtual form. Importantly, it has even been renovated within the virtual to function once more. Pipes have been replaced, valves sourced, missing components researched by the production team for over a year and all recreated in simulacra. The projected work's physical presence is also inherent in the daily increasing 'stock' of digital sheets of paper pulp it produces - digital files that are inspired by historic images. They accumulate in metal hard-disk units on a nest of precast concrete and brass shelves inside the pavilion, emulating the piles of wood pulp bales that the mill once produced. As each hard disk is filled, another is required, and so the project expands forever more.

Walking around either side of the freestanding projection wall an external balcony is made that frames a new view onto the River Rand. A frameless glass balustrade is detailed so as not to hinder this. A cast polished concrete bench allows the public to rest and relax while re-adjusting to the real world having experienced the projected virtual world of the pavilion.

While we may live in a 'paperless' world, the work is keen to remind us that even digital data is stored in a physical world. The pavilion sits along the edge of the River Rands that powers the projected work within the pavilion by hydro-electrics - the very same river that gave rise to the original paper mill in 1889. 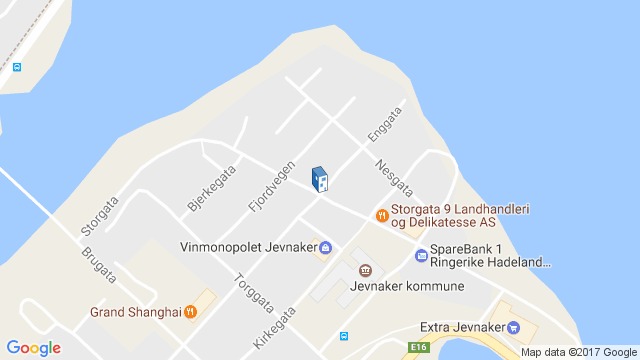