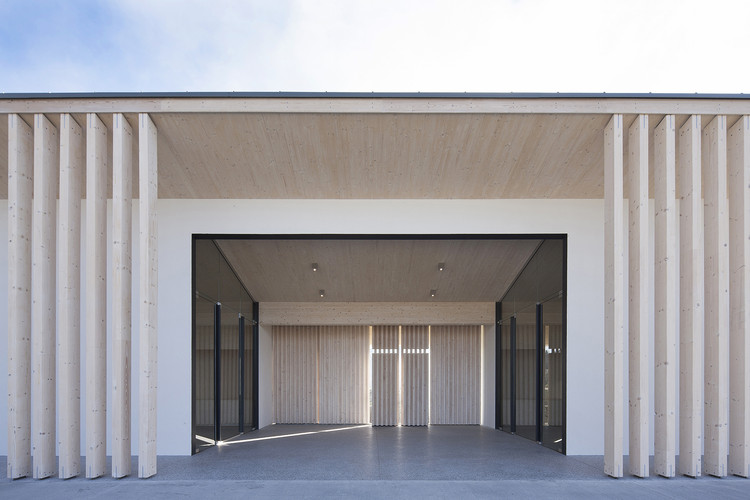 Text description provided by the architects. Village cemetery Zgornji Tuhinj is located on the ridge above Tuhinj valley. Cemetery is organized in two levels, which are divided by concrete wall with implemented stairs.

The position of farewell chapel is situated where the approach axis alongside the wall and the edge of the ridge intersects. Chapel is divided in three segments which are connected via canopy. Two white volumes are formed and hidden behind transparent wall made of timber pillars.

The middle section of the building is an open space equiped with sliding shades to minimize the impact of the easterly winds blowing in the valley. Space also offers framing view over eastern part of the valley and can be used as place for visitors to rest while visiting the cemetery. The other two segments of the farewell chapel can be accesed through glass walls and are occupied only during the funeral ceremony.

Wood craft is local traditon, therefore basic structure is made of cross laminated timber. All interior wall and ceiling surfaces are left wooden to reduce usual coldness of such typology buildings. Thin coat render was used for outer layer of the facade. 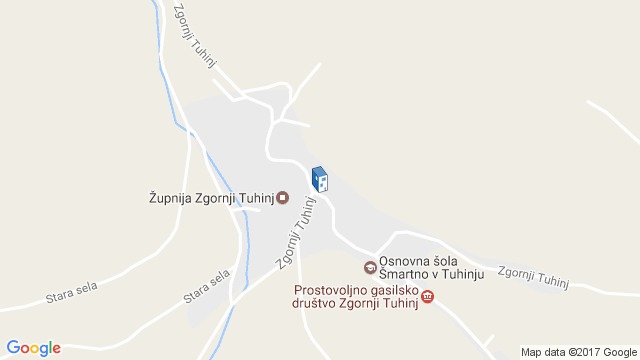