MVRDV has been announced as winner of a two-stage, BAI-backed competition for a new “spatially-flexible” tower with a twisting “hourglass figure” near Vienna’s world famous Gasometers. The 110-meter “Turm mit Taille” (Tower with Waist) was shaped to minimize the effect of the building’s shadow cast onto neighboring buildings and an adjacent metro station. 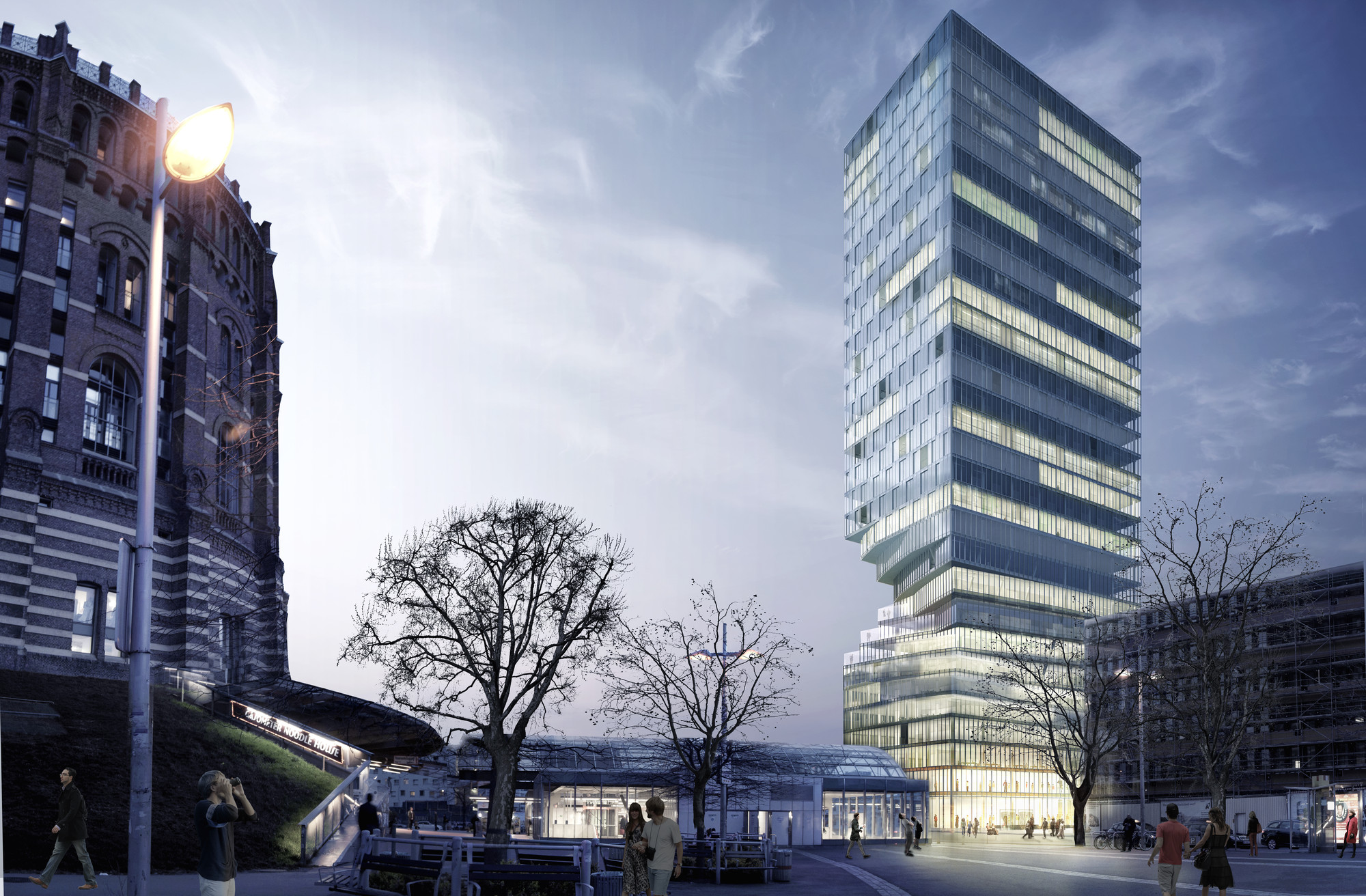 “The site for the tower is directly adjacent to a metro station, and building regulations initially restricted allowable construction to a 75-meter-high volume, which should be trapezoidal in plan,” stated Rotterdam-based practice in a press release. “MVRDV proposed a more compact and efficient square layout, which resulted in a taller volume to make up for the reduced footprint. The solution was to parametrically shape the lower 10 floors of the building into a twist, to minimize the structure’s shadow cast onto the neighboring facades to only two hours a day.”

“Through this operation, an elegant, hourglass figure emerged that responds to its surroundings by opening up views towards the Gasometers and the rest of the city. The design for the plaza around the tower becomes like a gigantic sundial, on which the shadow of the building delineates the passing of time.”

The building will provide 35,680-square-meters of flexible space which can accommodate both offices and housing, as well as retail spaces, restaurants, cafes and parking.

Construction envisioned to start in 2016. 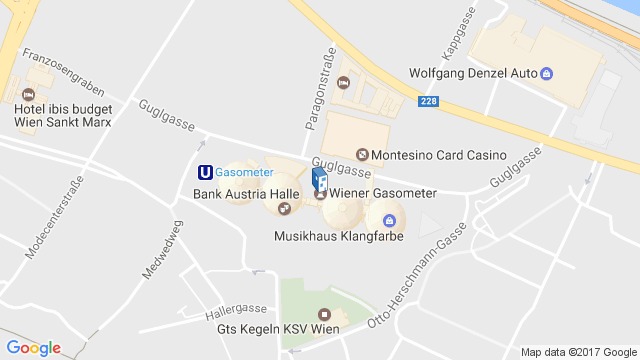