Students at the Digital Matter Intelligent Constructions studio at Barcelona's Institute for Advanced Architecture of Catalonia have created a composite facade material of clay and hydrogel, which is capable of cooling building interiors by up to 6 degrees centigrade. Entitled Hydroceramic, the material utilizes the ability of hydrogel to absorb up to 500 times its own weight in water to create a building system that "becomes a living thing as part of nature and not outside of it."

Read on after the break for more on how Hydroceramic works. 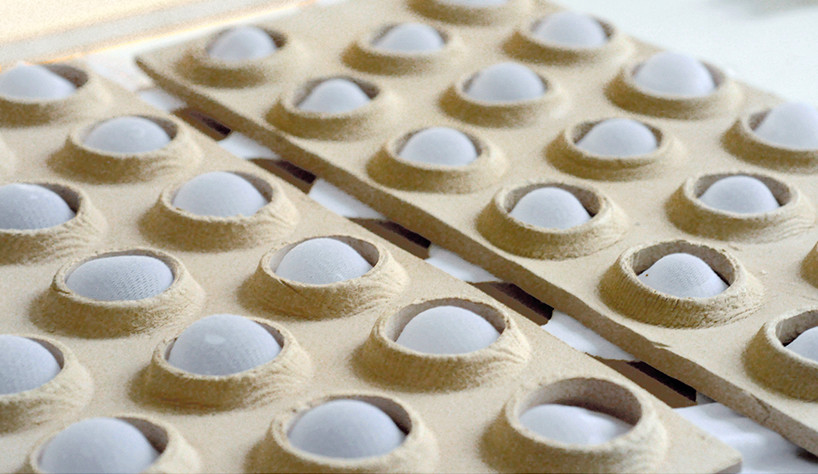 Responding to the recent proliferations of "smart" materials and highly technological solutions, the team "aimed to redefine and embed ‘intelligence’ into the built environment by the use of responsive materials," creating a passive system that responds to changes in its environment by leveraging material properties.

Through testing, the students determined that the best material to accompany the hydrogel was clay, which performed more effectively than acrylic and aluminum thanks to its porous nature, which assists the evaporation in the hydrogel pellets. Tested at temperatures between 35-40 degrees centigrade, the material produced a reduction in temperature of 6.4 degrees after 20 minutes, with an increase in humidity of 15.5 percent. The students reason that this can generate a 28 percent reduction in the electricity required for air conditioning.