The city of Bressanone, Italy, is looking for a new School of Music, and Tomas Ghisellini Architects have won a recognition of honor for their proposal. Taking inspiration from the loggias, piazzas and cloisters of the surrounding city, their school design creates a “landscape within a landscape” in which students may study and practice music. Called “Supernova,” the design includes a rehearsal hall, classrooms, and plenty of indoor and outdoor spaces that act as transitional space between the city fabric and the abutting parkland. Learn more, after the break. 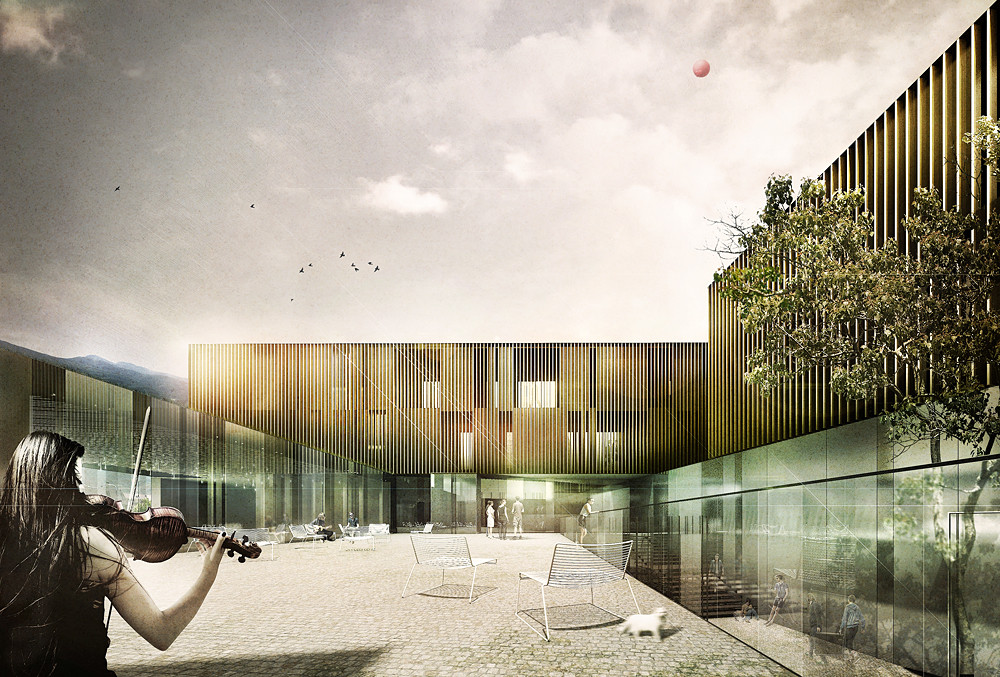 The L-shaped School of Music would have its own small courtyard that acts as an extension of the piazza on which it is set. The mass of the building is situated along the northern and western edges of the site, allowing for scenic views of the city and surrounding mountains from within this court. This space is further augmented by the glass walls that enclose much of the ground floor and half-basement. The reflection from these glass panes creates a sense that the courtyard is much larger than it actually is. A cloister is embedded into the courtyard as well, giving access to the basement level from the outside.

This basement level includes administrative space and the School rehearsal hall. A two story space, the hall extends into the ground floor, being lit by clerestory windows that are on the same level as the courtyard. The floor of the hall can be raised, and these windows opened, so that the hall becomes a massive outdoor stage for the courtyard when weather permits. Even when the floor is not raised, pedestrians are still able to watch rehearsals as they pass by.

The first floor includes classrooms, common spaces, and a “porch of light.” This glass loggia connects the existing piazza to the School’s underground parking garage. The upper floors contain further educational space, but are clad in vertical planks of bronze-oxidized aluminum, similar to musical staves. These act as geometric contrast and protection to the windows behind the screen. 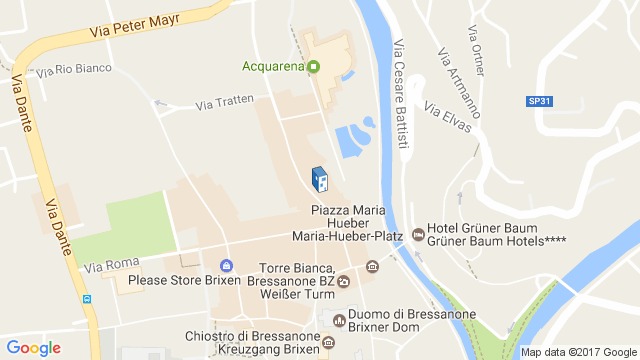