The Liget Budapest Competition, a call for proposals for five new cultural buildings in Hungary’s capital, has recently announced a few of its winners. Design firm GSMM architetti Giorgio Santagostino- Monica Margarida was awarded second place for their proposal for a paired Photo Museum and Museum of Hungarian Architecture. Inspired by Mies van der Rohe’s New National Gallery in Berlin, these twin buildings aspire to create a cultural focal point in Budapest, and to revitalize for the City Park. 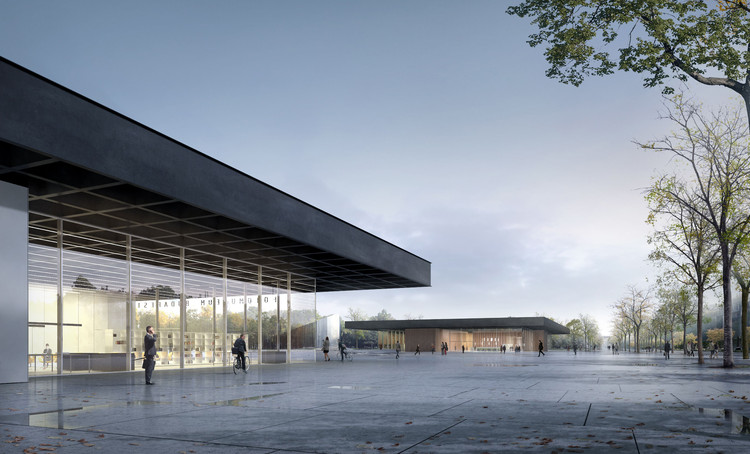 The Photo Museum and Museum of Architecture sit opposite each other across an existing plaza on the south end of the park. They are mirror images of each other, both having the overhanging steel lattice-work roof and transparent ground floor that Mies van der Rohe made so iconic in his Gallery. However, unlike van der Rohe’s Gallery, both of these roofs will be outfitted with massive photovoltaic arrays. The roofs in each building are supported by a series of four rectangular cores that hold bathrooms, storage space, and other service functions. These cores also define the larger spaces of the ground floors and mezzanines.

Upon entering, visitors find that the aboveground spaces of the museum are given over to public spaces such as lecture halls, libraries, and cafes. Exhibition space is located on the second sub-floor of the museums, accessed by two grand staircases held within the building cores. Office space and small employee parking area are located on the first sub-floor.

Also honored in this portion of the Liget Budapest competition were Public Building design Private Limited, which won first place, and LEAD, whose design took third. Firms UAOCo. Ltd and But Ferrariy Grass Compañía Limitada both earned honorable mentions for their designs. 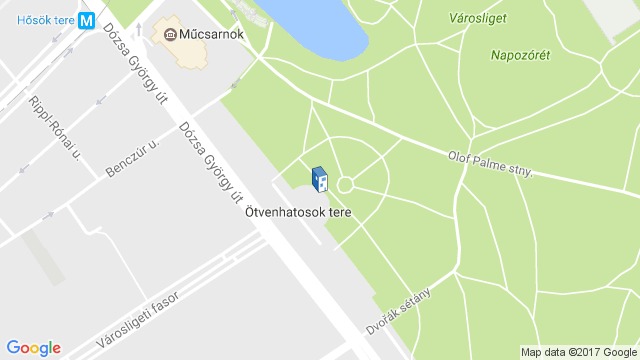