The Liget Budapest Competition has recently announced its winners, and Kengo Kuma and Associates has taken home honorable mention for their House of Hungarian Music design. Conceived as a house in the woods, the proposal seeks to embed itself in the landscape, having a low impact on the natural environment while becoming a focal point of Budapest’s urban environment.

Kuma and Associates wanted their House of Music to be a quiet contrast to the “complicated and ambitious structures, and stylistic cosmeticized building facades” of many modern civic buildings. Their design seeks to blend into the background of Budapest City Park, rather than become a monumental landmark. In this interest, the architects arranged the building mass around the trees on site, rather than cutting them down, to create a U-shape that forms a sheltered garden within the museum. The mass is also punctured with “treelights,” small courtyards that harbor more trees, and act as light wells for the interior.

The museum’s roof plane is tilted, merging the building’s mass with the site while still allowing for high ceiling heights on the interior. Stairs appear where the roof hits the ground, giving visitors a space to sit and congregate, and reinforcing the connection between building and ground. The roof eaves create transitional spaces between interior and exterior, and provide space for outdoor activities during sunny or rainy days.

Inside, the first floor is given over to more active public space such as the café, ticketing booth, gift shop, and classrooms. The temporary exhibition space is housed here as well. The second floor holds the quieter, permanent exhibition space for the museum. Service and storage spaces are accommodated with a basement floor. 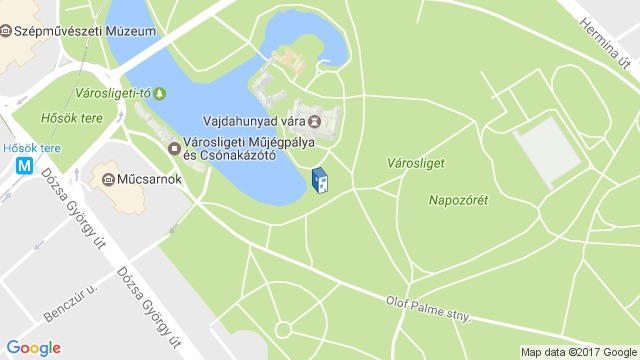