The Liget Budapest Architecture Competition has recently announced the winners for Budapest’s new Hungarian House of Music museum design. Coming in second place is architecture firm ARCVS Projektni biro. Their proposal takes the form of an 8-pointed star-shaped dome, held up by a veritable forest of columns. This uncommon shape provides numerous places, both indoors and out, for education, leisure, and exhibition, establishing itself as a prominent destination for the people of Budapest. Learn more, after the break. 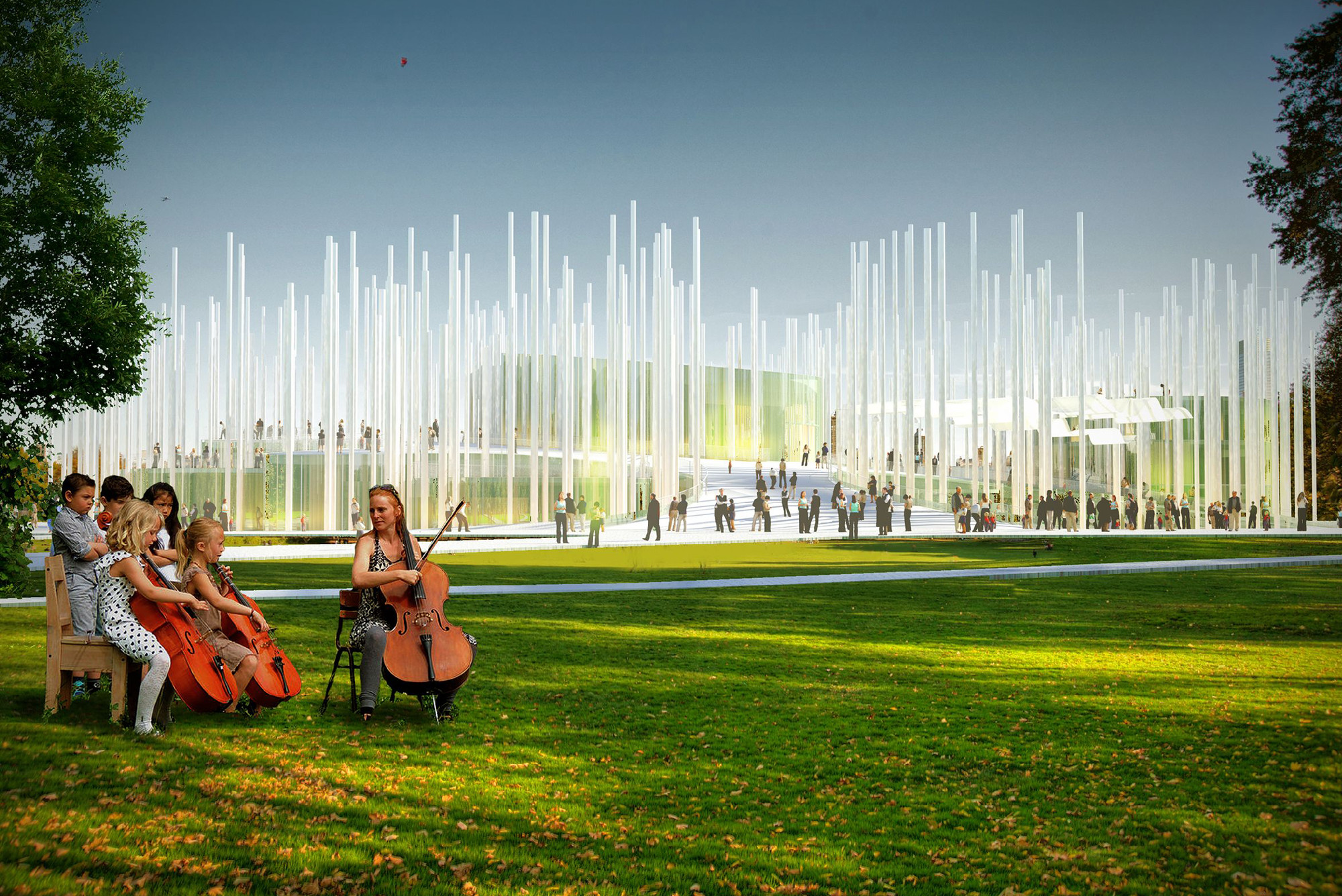 Each point of the building holds a different programmatic space, such as a café, a library, and a VIP lounge. Circular rotundas are set between these wings, and provide additional services such as office space, ticketing, and outdoor performance space. These all orbit the central rotunda of the building, which holds the museum’s lecture and event halls. This rotunda, like the outbuildings, is detached from the main body to allow as much natural light as possible to enter the building. The ground space between the buildings is pebbled to help reflect that light inwards.

Two of the buildings eight wings are sunken into the ground, creating ramps that allow visitors up onto the roof of the building. Here, they may access certain parts of the building directly, rather than entering through the ground floor, or they may simply wander through among the columns. Some of these columns are structural, but many serve an ulterior purpose. They are used for ventilation, others collect rainwater, and still others produce and transmit music. Indeed, one of the most striking features of this design is that a number of these hollow steel tubes (about 247) can be connected to a key console and wind chest, creating an enormous pipe organ that will project music to the surrounding area.

The concept of folding is another notable design choice in ARCVS’s proposal. The walls of the exterior rotundas are crimped, creating a folded surface that adds structural rigidity. Many of the canopies over lecture and performance spaces are also folded, providing an uneven surface for better sound diffusion. Gallery partitions and drapes continue this theme throughout the building.

First place for the House of Music competition went to Sou Fujimoto, while third place was taken by firm AVA. Kengo Kuma and Associates received honorable mention. The House of Music is set to be completed by 2018. 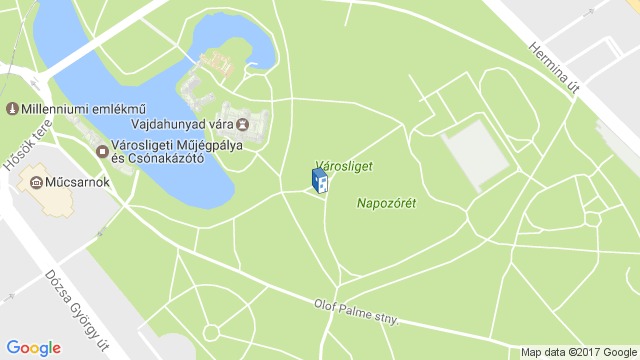