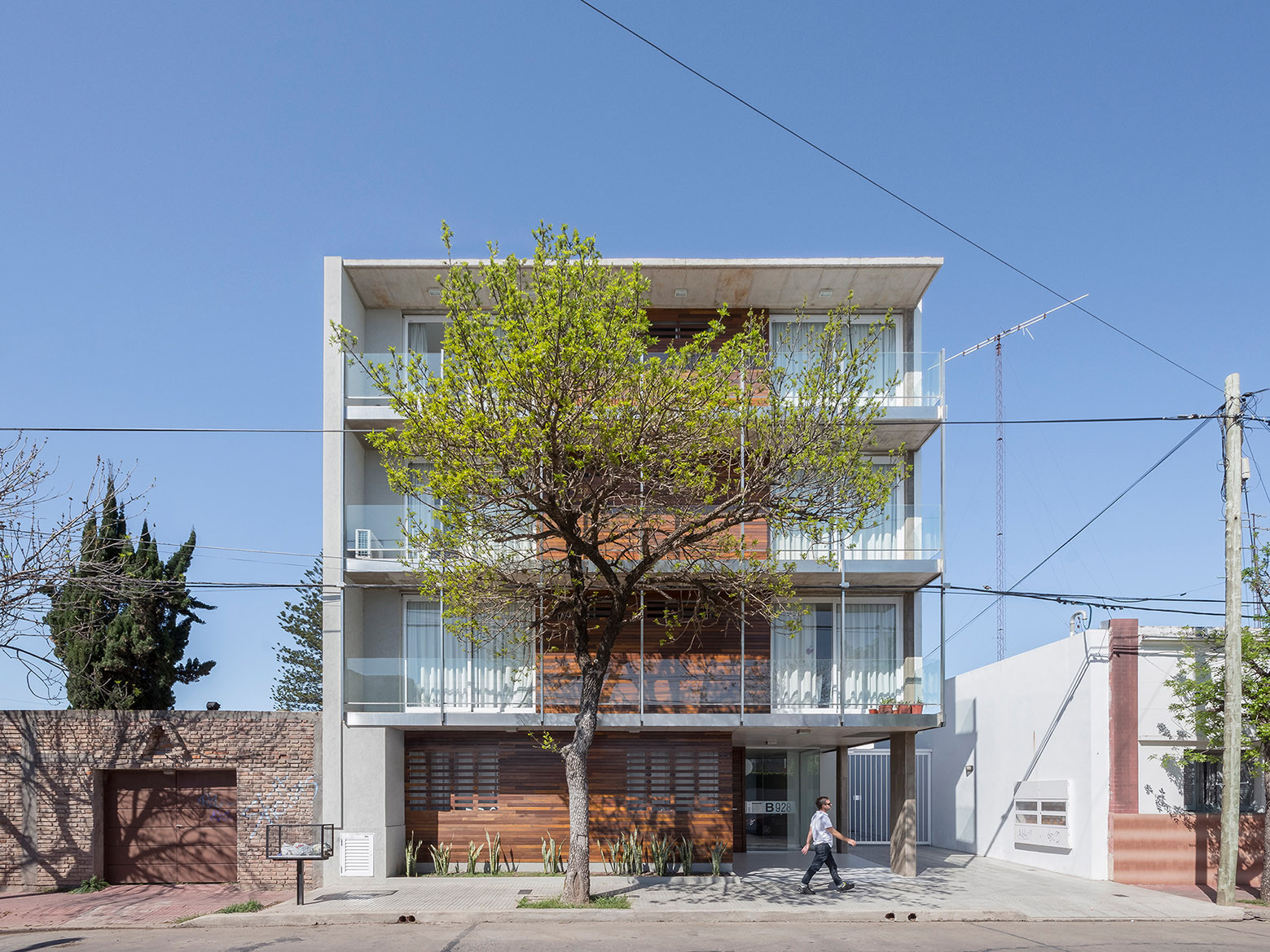 Text description provided by the architects. Rafaela is a small city of 100,000 inhabitants of the interior of Argentina, with a strong metalworking industry and immersed in a highly productive agricultural region. The university educational offer has grown exponentially in recent years and as a result, the student population has demanded housing units.

In a neighborhood of low houses, and conditioned by the building code with regard to land occupation, maximum heights, ratio of parking-apartments, the demolition of a century-old home without heritage value allowed us to have a site with good proportions.

From this we decided to separate the building from the party wall and exploit the spatial expansion from the street into the depth of the plot giving rise to a lateral facade with active participation in the three-dimensional composition.

The building was designed from structural simplicity (under the Corbusian domino concept of mezzanines without beams) and the volumetric unit framed in a rectangular prism that houses the functional organization. A courtyard to enhance the livability of the departments is the only change in the volume and is located in the central area, corresponding with the circulation that acts as bellows for the project.

Despite the rigidity of the program and the economic constraints, we try to provide quality housing units optimizing the orientations and the natural climatic conditioning.

As this was an investment project, durability and low maintenance costs were a priority but not exclusive requirements, as it was our interest to respect a quality standard and its reflection in the image. We thus developed a mixed traditional reinforced concrete construction system, with industrialized exterior enclosures and interior partitions. The enclosures are designed according to a ventilated façade concept to improve thermal insulation, and are composed of retak blocks (HCCA) clad with prepainted galvanized profiles placed on plates. Lapacho wood in combination with stainless steel and laminated glass define the main facade. 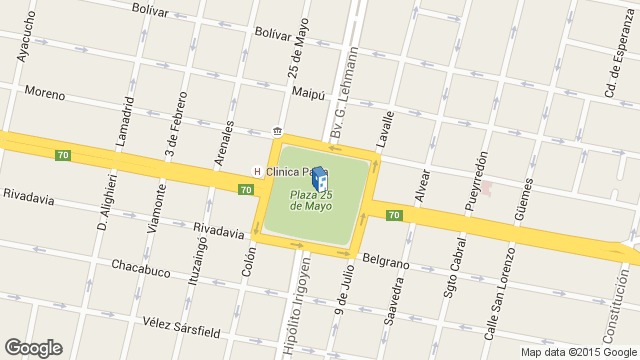