This past spring, the Liget Budapest competition was launched in the interest of finding new designs for planned cultural buildings in the Hungarian capital. One of these, the House of Hungarian Music, is to be a museum as well as a performance space set in Budapest City Park. Over 170 entries were submitted for the building, and of those, Andrea Vattovani Architecture’s proposal has taken third place. This gently curving and folding sculpture of a building aims to present the history of Hungarian music in an engaging setting, while creating an iconic landmark for the city of Budapest. Learn more, after the break. 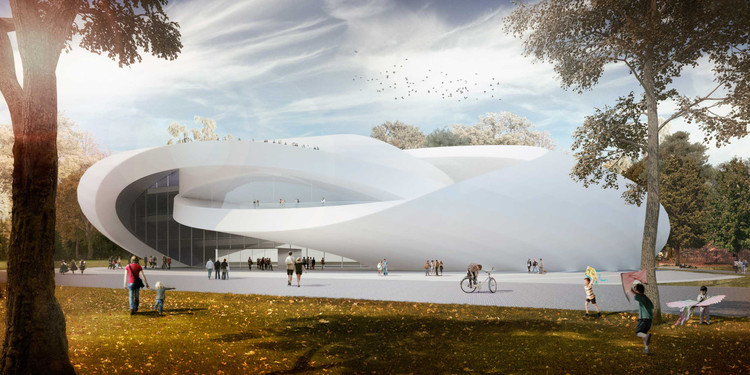 The AVA design team describes their proposal as “a building that lives from its own energy through its own beautiful design. Our concept grows like a flower in the idle of the park, making people curious about its form and its content.” The shape of the building is inspired by musical annotations such as the treble clef, and has two interlocking halves that are not unlike the Chinese symbol for yin and yang. One of these halves will hold the enclosed museum galleries, while the other will house an outdoor theater space. The building shell creates acoustical amplification for performances, as well shield the interior from outside noise. When not in use, this theater will become a place of leisure for park-goers. The curvature of the building creates a form that does not seem to have a distinct back or front, but rather stands a sculpture in the midst of the park.

The House of Music commission was won by architect Sou Fujimoto of Japan. Alongside AVA, Kengo Kuma Associates also received honorable mention. Building construction is expected to start in 2016, and is set to open in 2018. 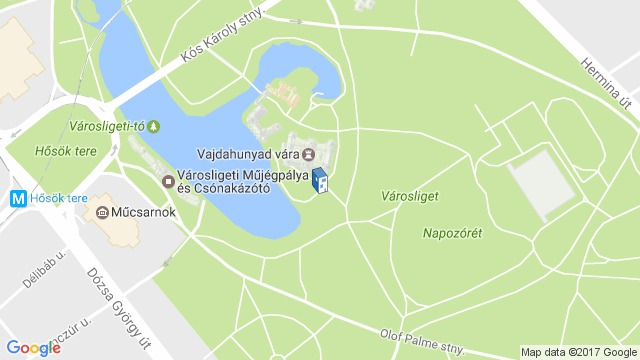