Sou Fujimoto Architects has been announced as one of three practices chosen to design buildings for the Liget Budapest project, one of Europe’s largest museum developments. Selected through an anonymous competition process, the Japanese firm will realize an undulating House of Hungarian Music that was “inspired by sound waves.” Its distinctive perforated “smart roof” will float on top an airy glass-walled interior illuminated by the canopy’s lightwells.

All three projects will be built in Városliget, the city’s largest park, by 2018. Continue after break to view images of each. 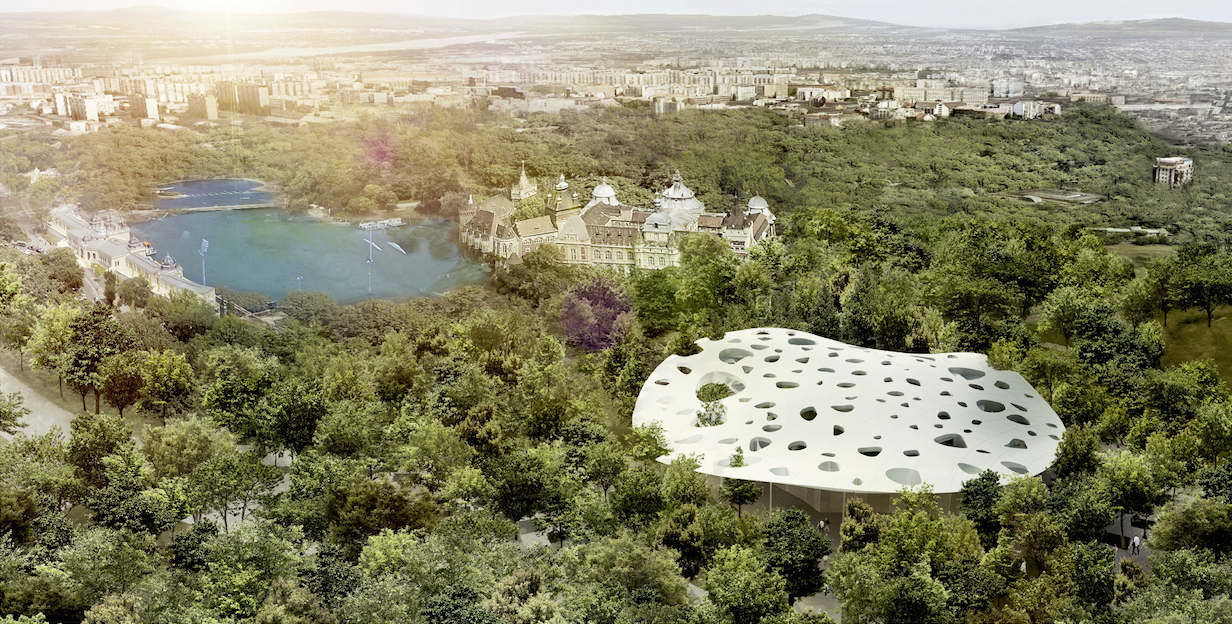 The £190 million five-building museum project is being led by The Museum of Fine Arts Budapest and the Városliget Zrt. Plans for the New National Gallery – Ludwig Museum, which will be also located in the park, are expected to be announced in April 2015.