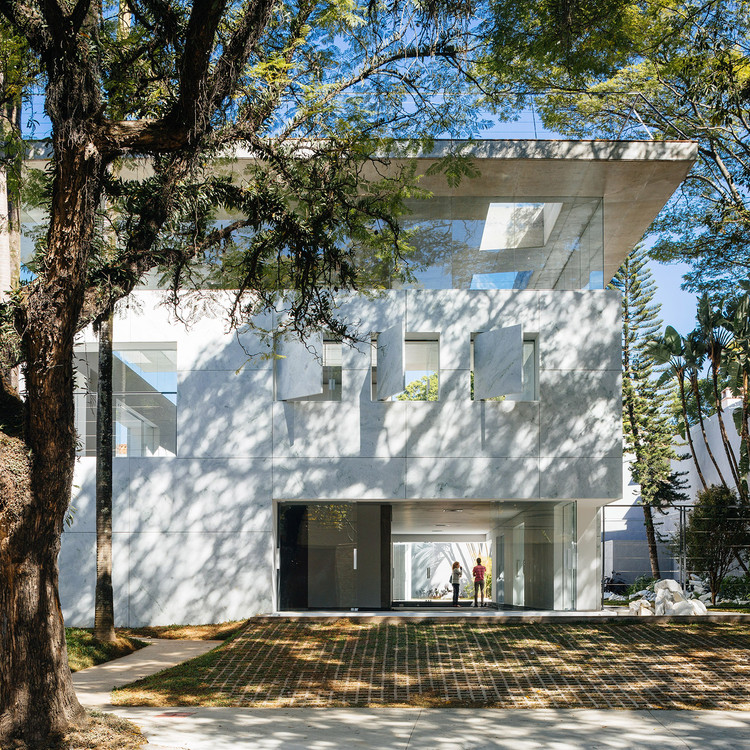 Text description provided by the architects. Triptyque has just completed a commercial space Groenlandia in the very chic neighborhood of São Paulo, who defies the gravity.

Behind the Jacaranda creepers and the ten meters palm trunks, appears a block of white marble in the middle of a mineral garden. Triptyque wanted to emphasize the stiffest materials such as marble and concrete to challenge them with the gravity. Groenlandia links together stone and glass, rigidity and transparency, durability and lightness.

The deck, a large slab of concrete whose the wooden floor floats from over 9m, above a block of white marble. Large transparent windows support the deck by creating an invisible link with the marble. The block of stone is pierced by open windows in marble, creating a paradox between the function and the matter, the gravity and the lightness. The corners of the stone block are based on aquatic beds sprinkled of Papyrus.

Inside, two masterful concrete pillars in the center of the block, leads to the terrace thanks to floating stairs, creating a structural games. Despite the closed aspect of this upscale neighborhood of São Paulo, the building, without fence, is in direct contact with the street. Once again the Triptyque architects foiled the rigidity thanks to the opening. The space contains a basement of 15 parking spaces, a ground floor, a floor and a deck. 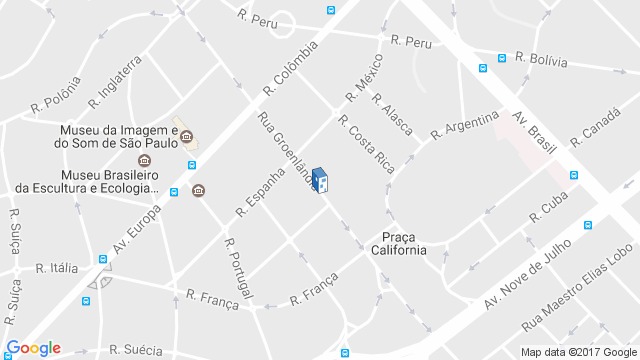