This article was originally published on November 20,2014. To read the stories behind other celebrated architecture projects, visit our AD Classics section.

No single building typology reveals as much about a nation’s political culture as the seat of its government. Parliamentary or palatial structures can tell stories of bureaucratic sprawl, autocratic excess, democratic openness, and anything in between. Kuwait’s National Assembly Building, the home of its popularly elected legislature, is no exception. Much like the nominally-democratic, effectively-oligarchic government it hosts, the building projects conflicting messages of accessibility and regionalist modernity, referencing traditions that don’t necessarily exist in the country and sometimes ending up in direct contradiction with itself. As an emblem of political culture, the building is thus perhaps too accurate in its reading of the Kuwaiti story, yielding a revealing insight into the complex political fabric of the country through its own eclectic bricolage of ideas. 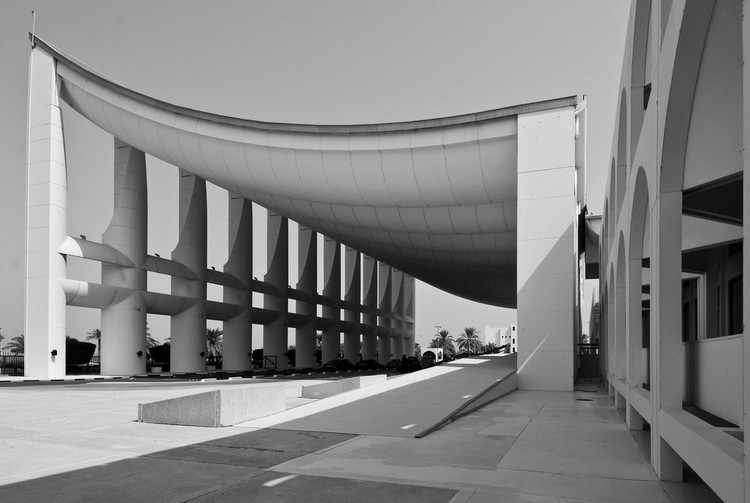 Designed in 1972 by the Danish architect Jørn Utzon, best known for his design of the Sydney Opera House, the political narrative of the National Assembly Building began controversially with the commissioning of the foreign-born architect. As has been the case for other legislative buildings, including in Scotland, Dhaka, Chandigarh, and soon Albania, the decision to import non-native architectural traditions for high-profile cultural projects can be interpreted as a strong—and even anti-nationalist—political statement. (Perhaps the clearest example of this symbolic gesture's importance occurred earlier this year, when Zaha Hadid was controversially appointed to design the Iraqi Parliament Building for her native country ahead of a foreign firm that had allegedly won the competition.) In Kuwait, however, even the decision making process was delegated to foreign authorities; six entrants were chosen for the invite-only event by an international jury, overseen by the British modernist Sir Leslie Martin, from whom Utzon was selected to enact his design.

Utzon’s scheme most prominently features a public colonnade of soaring, thin piers that support a graceful, draped concrete roof over an open plaza. Its dramatic curves, composed of a series of semi-circular shells set onto steel cables, gesturally sweep down from atop the columns to the height of the building behind it in the natural form of a catenary. Utzon claimed that the cloth-like sensation of the roof references the iconic tent construction of the Arabian Bedouin people. Rising up toward the Kuwait Bay in front of it, the architecture is both inviting and forward-looking, casting its lofty gaze outward toward the sea and beyond.

The most astounding aspect of the plaza is its innovative and somewhat deceptive material deployment. Much has been made of Utzon’s ability to make the concrete roof appear to “billow” in the wind, conveying the delicacy of fabric despite its inert rigidity. Its texture is enriched by a dual-parabolic geometry, in which individual sections curve upward perpendicularly to the curve of the whole. The experiential reward of this complex form is unmistakable: despite the staggering mass of the 600-ton beams, the roof is sensationally weightless.

The bulk of the government spaces are contained in a more conventional, rectangular and flat-roofed building behind the plaza. Again appropriating a local vernacular typology, Utzon draws inspiration from the Arabian and Persian bazaars in his layout of government working spaces and hallways. Organized within a simple grid system, rooms are clustered around central courtyards, which are in turn surrounded by circulation spaces, creating modular units that are then repeated throughout the grid. Elements from this part of the building are assembled from a small selection of precast concrete forms, bringing into clear focus a juxtaposition of modern construction methods and a tenuous connection to historical identity.

Beyond conceptual schematics, Utzon’s well-intended attempt to appeal to a somewhat fantasized Kuwaiti culture at times devolves into a reductive imitation of Arab structures and ornament. Selectively abstracting and modernizing certain historical motifs such as arcades of pointed arches, he superimposes "local" language onto a modern set of forms that may actually derive more continuity from the previous work of Utzon’s firm than from the traditional architecture of Kuwait. Arab ornamentation, such as palmetto detailings on the windows of the debating chamber, is used freely but often abstracted almost to the point of meaninglessness. Yet, there is an undeniably regional aspect to the building’s visual presence, indicating at least a measure of success in Utzon’s reconciliation of competing and somewhat incompatible design objectives.

In his criticism of the project, MIT professor Lawrence Vale draws a clear distinction between the building’s legitimate vernacular allusions and what may amount to little more than convenient explanations for clearly imported forms. [1] Pointing out that the chaotic character of the Arab bazaar that Utzon references is necessarily poorly quoted within the constraints of a modernist grid, he asserts that Utzon could have just has easily claimed inspiration from “ancient Roman town plans” given the ambiguous origins of the interior scheme. Furthermore, the billowy tent-like canopy possesses none of its Bedouin prototypes’ crucial sense of impermanence, just as it is unable to provide the environmentally responsive protection afforded by canvas enclosures. According to Vale, the covered plaza hearkens as much to ship sails and a tradition of water-based merchant trade as it does to a nomadic desert tradition, an ironically appropriate, if unintentional, homage to the actual source of modern Kuwait’s cultural and economic success.

As a political object, the building conflates several revealing narratives. A tension between the domestic and the foreign, a constant concern in a country with a longstanding immigrant population, is present both in the historical record of the architectural process and in the sleek, modern forms of its product. A second but more subtle conflict, existing again in both architectural and political structure, lies in the apparent challenge to navigate between genuine historical tradition, a fictionalized idealization of Kuwaiti history, and an imported western philosophy of governance and design. While one could argue that this multiplicity of unresolved messages represents a weakness of the architecture, it could also be the case that the accuracy of the building's textual reading in a purely national context—deliberate or not—epitomizes the successful syncretization of architectural and political meaning in singular form. 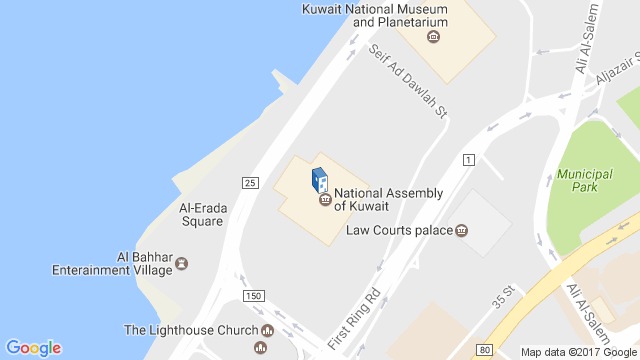 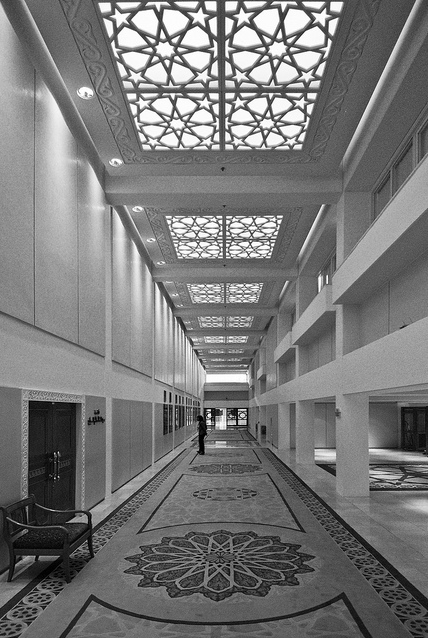 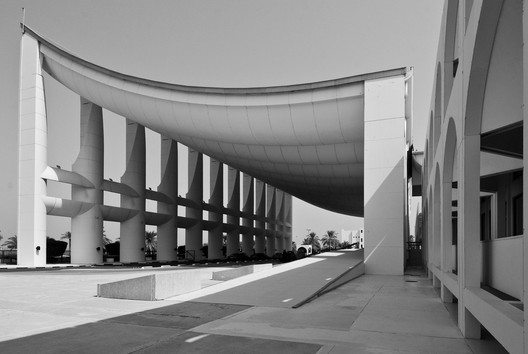