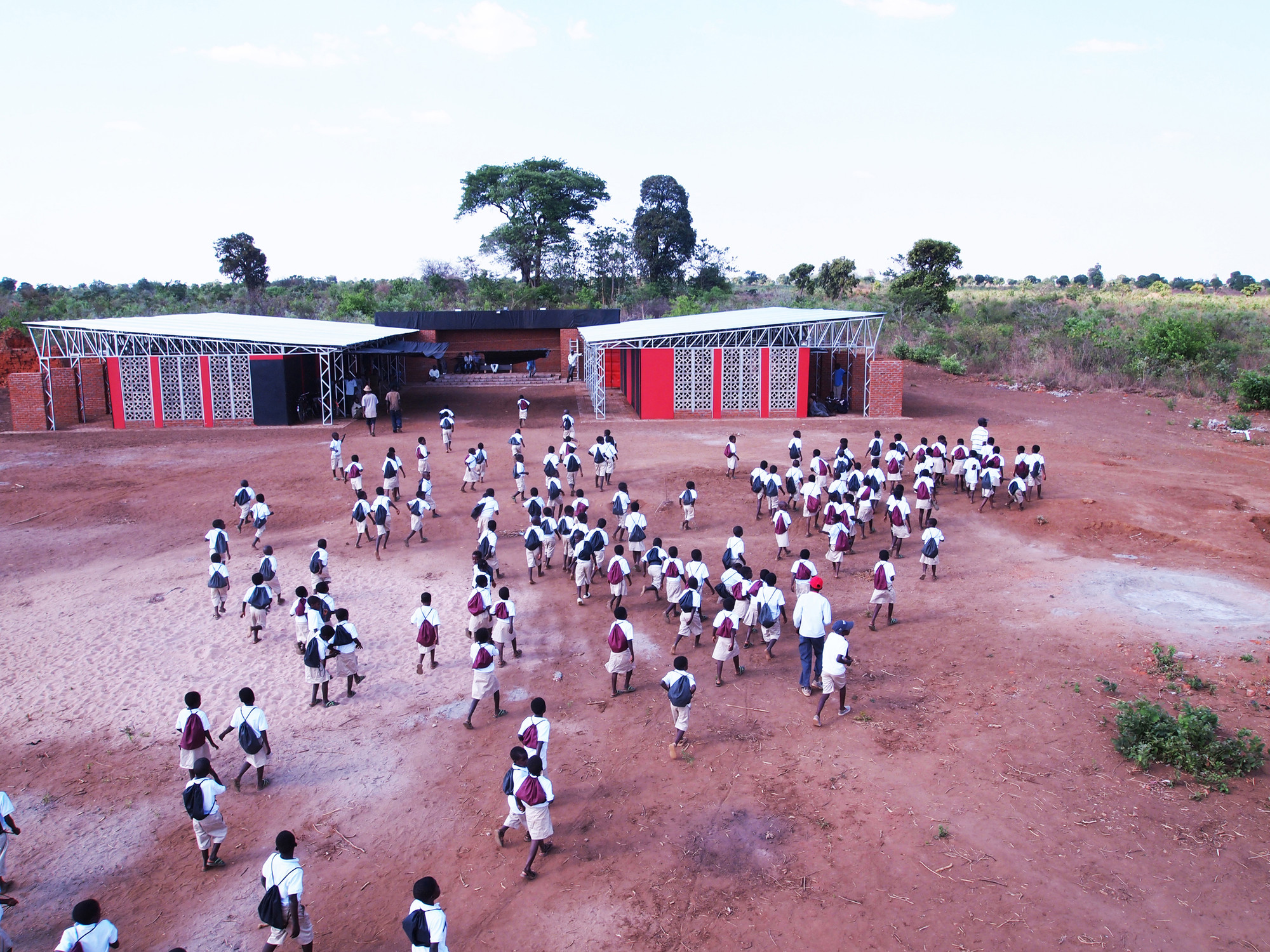 Text description provided by the architects. Malawi,officially the Republic of Malawi, is a landlocked country. It is bordered by Zambia to the northwest, Tanzania to the northeast, and Mozambique on the east, south and west. The country is separated from Tanzania and Mozambique by Lake Malawi.

Malawi is among the world’s least-developed and most-densely populated countries. Around 85% of the population live in rural areas. The economy is based on agriculture, and more than one-third of GDP and 90% of export revenues come from this. Malawi was ranked the 119th safest investment destination in the world in the March 2011 Euromoney Country Risk rankings.

This building explores the possibility of the school as a covered canopy. It offers a larger covered area that provides shade, open, well-lit and well ventilated spaces. The structure becomes very efficient in terms of material vs. covered square meterage, and becomes itself a visual icon.

Shade netting, lightweight steel, local masonry and corrugated iron form the architectural language of the building. Local masonry is used to create vertical louvers on the exterior of the classrooms to act as shading devices and structural support for the roof. The roofs have a slight fall to drain water into the gutters which feed the water tanks.

Furthermore the building includes the use of refurbished shipping containers as these are structurally sound elements that have duality of function. Firstly as a transportable element, and secondly, as a shell and anchor for a new structure.

One side of the container is removed, Locally manufactured bricks and pavers will be incorporated into the structure. By utilizing locally manufactured materials, it provides the people with a sense of ownership and softens the container as a foreign contextual element. The over-all feel of the building is light yet permanent and with the outer facade adjustable, provides the user with freedom in terms of spatial layout and climatic comfort.

The addition of more containers makes the possibilities endless. The function of the building is not limited to a school, but can double as a community building or marketplace. These schools will act as beacons within the community, providing hope through learning, shelter through built infrastructure and nourishment through harvested rainwater to sustain subsistence farming initiatives.

A digital projector is stored in the container and mounted when needed at night. The courtyard/ assembly space then becomes the seating/ viewing space for movies or soccer games. The projector and laptop are powered by solar energy stored during the day.

The school was pre-manufactured in the Architecture for a Change workshop in South-Africa. The whole school structure was packed into 4 6m containers and delivered to site in Malawi. This was mostly done for qaulity controil, availibility of materials and due to expensive material cost in Malawi. The school was then assbled in 8 weeks.

The site architect (John Saaiman) trained a local team on site with valuable skills and employed the local community during the construction process. The local bricks that was used have been laying on site for many year as the local community made them in hope that someone would fund a school.

The main structure consist of light-weight steel framing and concrete footings.
The school is completely of the grid and harvests rainwater. 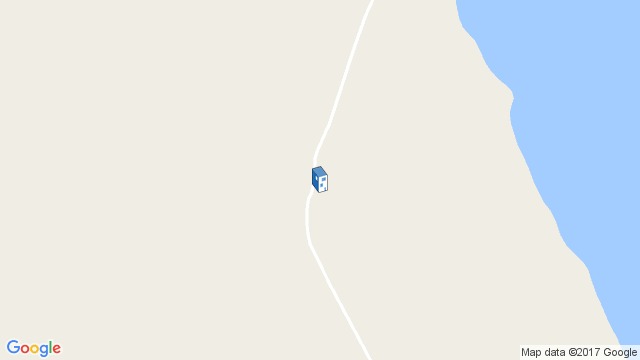 Architecture for a Change
Office
•••