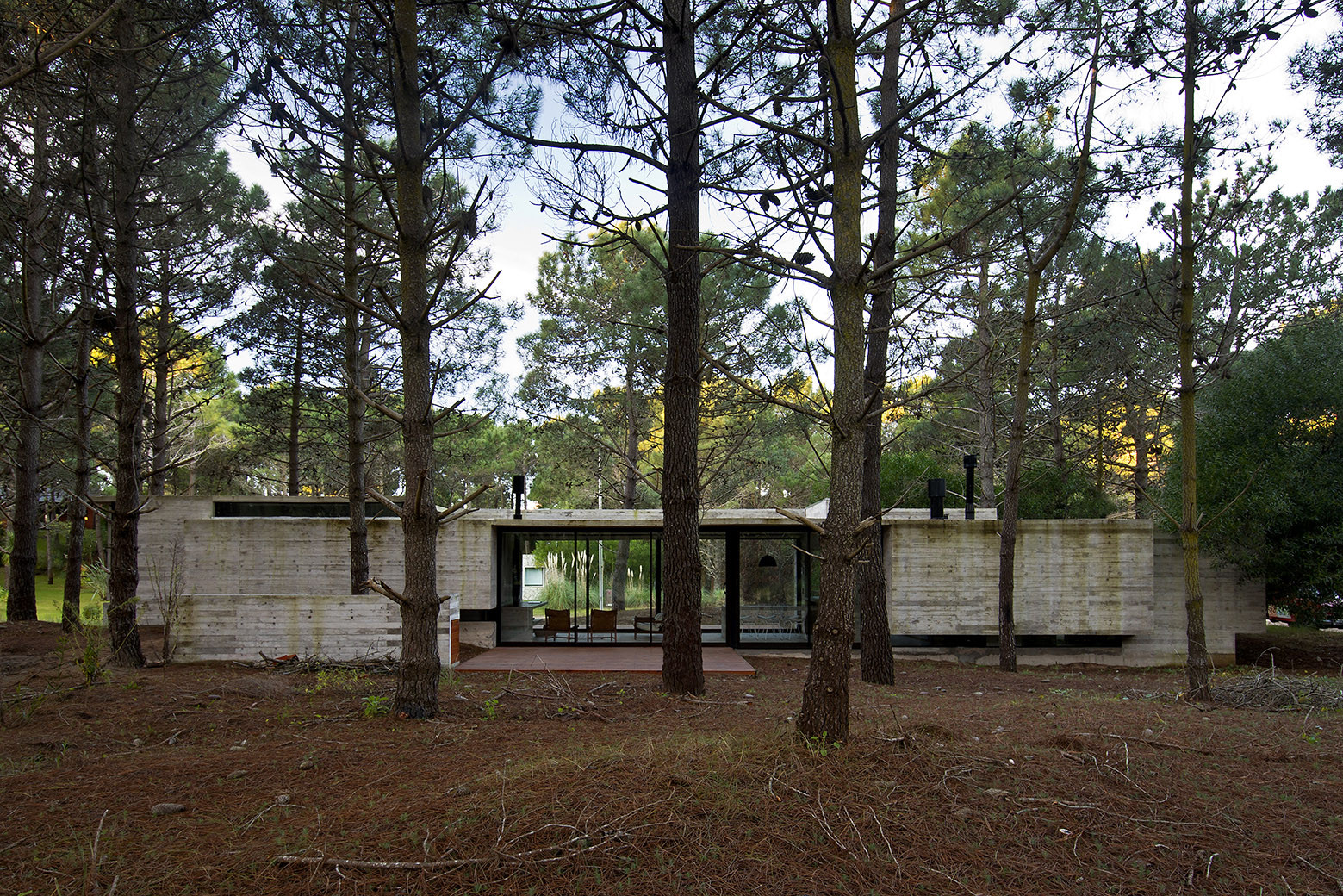 Text description provided by the architects. The house is located in a new subdivision in the seaside area of Valeria del Mar, near the city of Pinamar on the Atlantic coast, 360 km south of Buenos Aires.

The site, approximately 32 by 23 meters, is a corner at the access to a new subdivision developed in recent years, the shorter side facing towards a typical neighborhood street in this town, and its longest side bound by a narrow cul de sac street that generates the access into the subdivision.

Our clients asked for the house to be as simple as possible, designed in a single level, and specifically asked for the master bedroom to be placed well away from the other two bedrooms which would work for the families of their children, grandchildren and other visitors.

The house was designed as a single volume of strongly elongated proportions, placing the master bedroom on one end and the other two bedrooms on the opposite end, and forming the central space as the meeting area for the whole family, looking for a good direct relationship (and even almost indeterminate) to the outside.

We used exposed concrete to exploit its sculptural qualities while avoiding maintenance later in the life of the house, proving this to be a great summer home which will also be rented seasonally. Furthermore, this structural material in its traditional role, is also used as an enclosure to the outside, and between interior spaces allows us to greatly simplify the construction process to reduce to a minimum the number of participants of the project, mainly due to the possibility of avoiding complicated cladding details, therefore shortening an important part of the construction time. 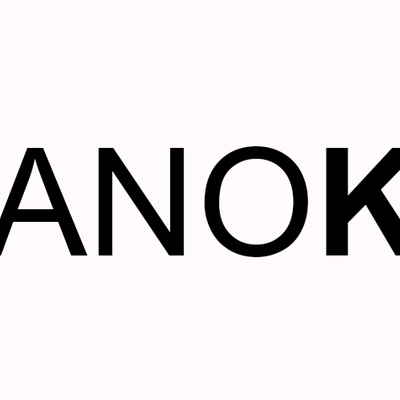 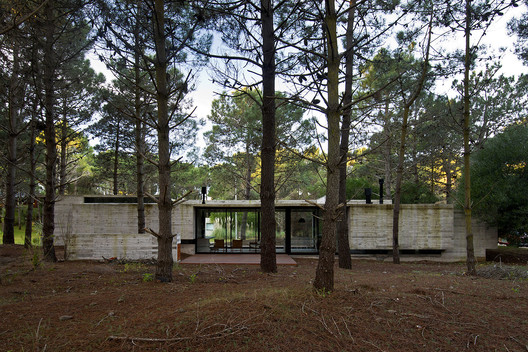