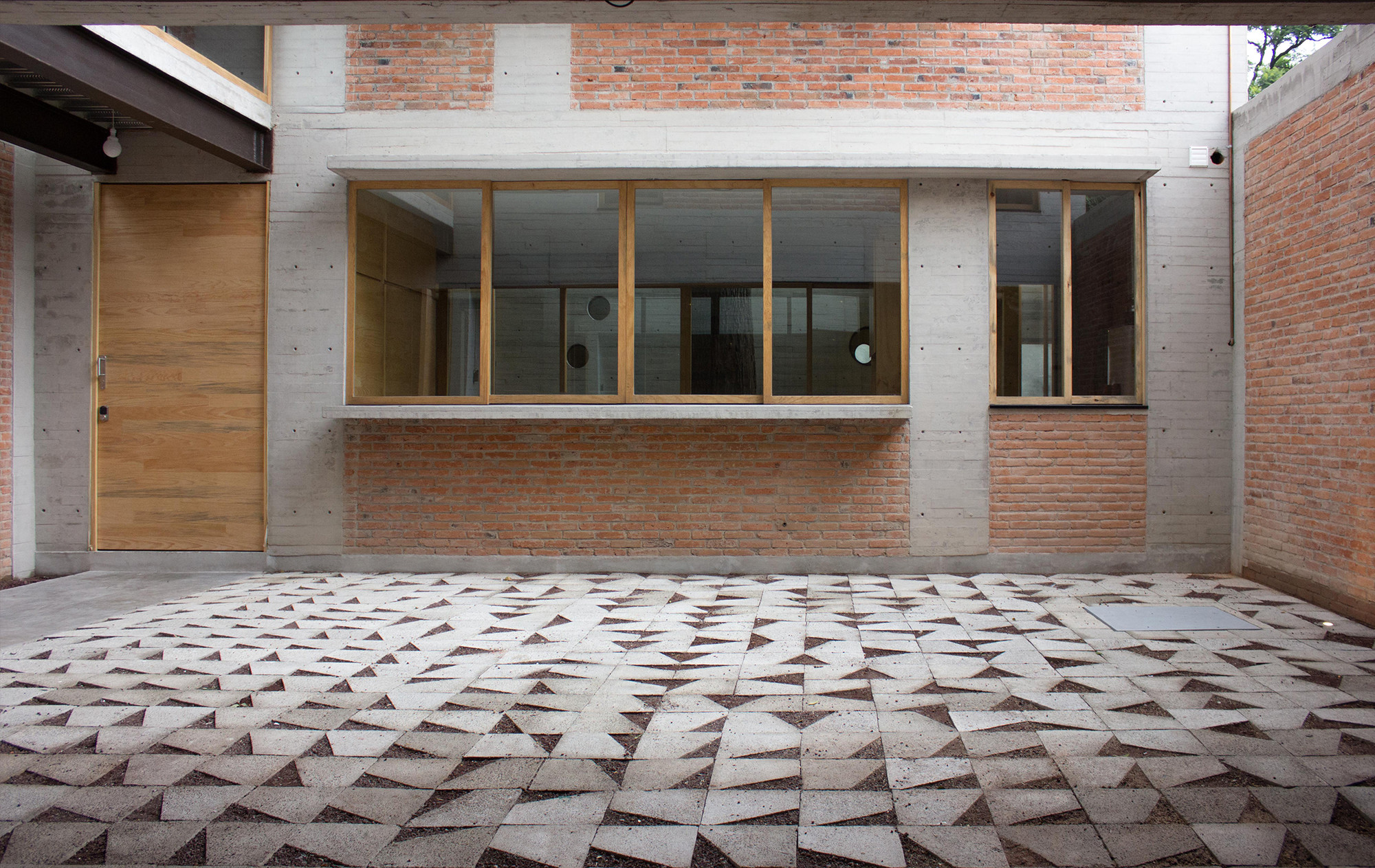 Text description provided by the architects. Located in Coyoacán, in the Santa Catarina neighborhood, the project is proposed as an introverted and intimate house. The facade was made with a local material called red “recinto” which is a volcanic type of stone. The house remains closed to the exterior.

Inside, the volumes and thus the program, are planned around two huge ash trees, and the main intention is that every space would be differently related with each tree.

The first tree is located on the edge of the site, next to the cobbled street, where its impressive trunk is located next to the main entrance, which seems interrupted by the red recinto volume, that seems to work as a plant pot for the exuberant foliage.

The studio inside has a little patio that tops off the space and illuminates it, it also accompanies the concrete block corresponding to the shower cabin in the studio bathroom.

The second tree is close to the center of the lot, and it creates a central courtyard that brightens the rest of the program. On one side of the tree is the concrete cube with the stairwell, perforated by circular windows in a seemingly random way, framing different tree trunk angles.

The kitchen is on the other side, on the first level which is completely open in order to take advantage of the courtyard using the tree trunk as the place to eat outdoors. On the second level, the master bedroom frames the tree trunk vertically with a square opening that abstracts its texture.

Taking advantage of the grandiose tree cortex inside the master bathroom, the tub extends slightly on the courtyard creating a direct window to the foliage and the sky.

This is how the house seems to be organized in slices, that are separate from each other to allow the existence of the trees, besides taking advantage of these pauses for natural light and ventilation.

The same constructive system emphasizes those pauses, generating a series of concrete frames, which in each pause, in each interior façade produced to the different courtyards, are filled with partition walls and openings.

The house has a character where the final result is set by the textures, the smells, the sounds and temperatures. Casa Santa Catarina allows simultaneously an introverted house full of possibilities of contact with nature, a house that feels intimate but is constantly opening to itself.