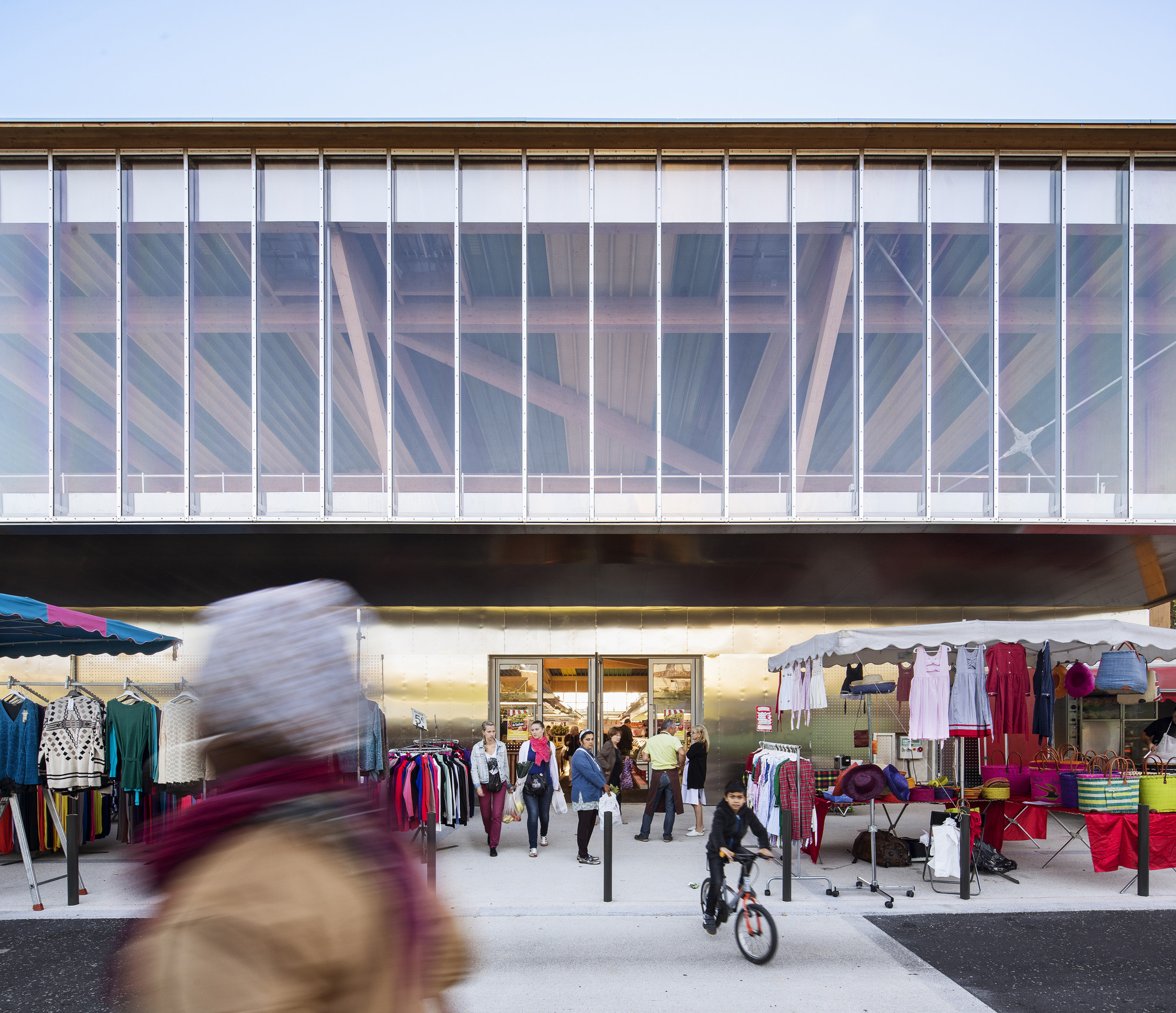 Text description provided by the architects. In 2020, the Grand Paris Express will provide of a new metro ring route around Paris. The Arcueil-Cachan station will be built on the site of the current municipal market. It is the goal of this project to build a new covered market visible from the future station and to give it a key role in the regeneration of the district.

From the park to the East, the building forms part of the slope, backing onto an embankment.  It extends the contours of the land by means of a roof, cantilevered out to the West, which overhangs the pavement to form a covered gallery that shelters the main entrances and casual stall holders.

The covered market has the benefit of natural light streaming through, punctuated by illumination from triangular roof-lights.

Because of the poor ground conditions, the structural frame provides a 30 metre span.It supports galvanised steel commercial facilities and renders the space free of all load-bearing elements.The roof is supported by a profiled steel deck.Its colour scheme, alternating between green and yellow, stresses the lightness of the structure and interacts with the merchandise displayed on the stalls.

The new Cachan covered market provides a simple response to demanding technical, commercial, town planning and architectural constraints.It is an elegant and dynamic example of urban renewal and of croixmariebourdon architectures' development of architecture that is both context-sensitive and ambitious. 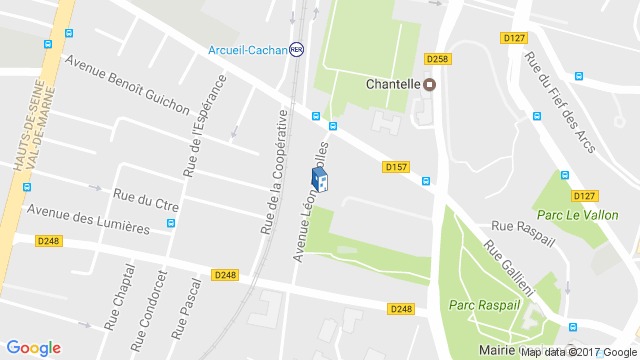