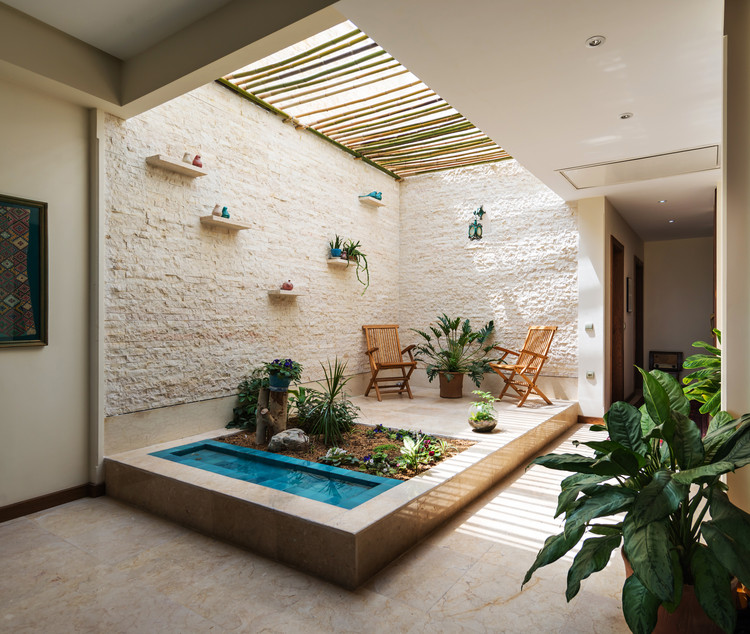 Text description provided by the architects. A. The guidelines on the project were initially made quite clear; a four-storey residential apartment not so huge including a lobby floor, a parking floor, and a service area on the lowest floor. The project site is located in an alley approximately in the midst of Dolat St.  Tehran. The primary intention of the project employer turned out to be inhabiting the building rather than making an investment for gaining some financial profit. This, in fact, implied that we would not have been faced with a project solely with a business target on the horizon.

The most significant and attention-grabbing point regarding the project was the employer's definition of the project mentioned in the very first meeting with the design team: ‘A Natural House'.

In fact, he insisted on two key and crucial points: 'Nature' and 'House'

B. The attempt in the first place was made to give the highest attention to some important issues such as the entrance space, proportions, distinguishing the public areas from the private ones, the human scale, and efficiently benefiting from the appealing Southern and Northern views. Considering the internal connections in the project, the stairway case, that was located in the corner of the project due to the parking position, was moved towards the center of the plan.

In the first floor so that the internal connections between the residential units and the distinction of the areas could be improved to a better position. The spirit of simplicity prevails among the residential units unlike the prevailing luxurious architectural designs of the residential apartments in Tehran; the spaces that embrace the pleasant ambiance of 'House' and 'Residence'.

C. The presence of the three sycamore trees near the Northern border of the site could be regarded as our first serious challenge. Despite all the obstacles imposed on project due to preserving the trees on the site, the preservation of them was set on the agenda by the design team and consequently formed the general character of the facade.

D. Having complied with the regulations of the municipality authorities, the framework of the project was provided as follows:

The first three floors were moved away from the Northern pathway due to the preservation of the trees. On the fourth floor, this retreat was skipped; therefore, an equivalent area in the center of this floor was removed in order to keep the floor space constant.

As a result, the facade managed to own the essential qualities and details, and the trees were embraced in a frame made of bricks. On the other hand, the fourth floor (that was supposed to be the employer's residence and it actually is now) a bright patio at the unit entrance came into existence. This achievement is of great importance to the design team since they have managed to do so considering the restricting regulations of the municipality authorities.

As a conclusion the result of this design process has almost the two important parameters of the first day negotiations 'Nature' and 'House'. 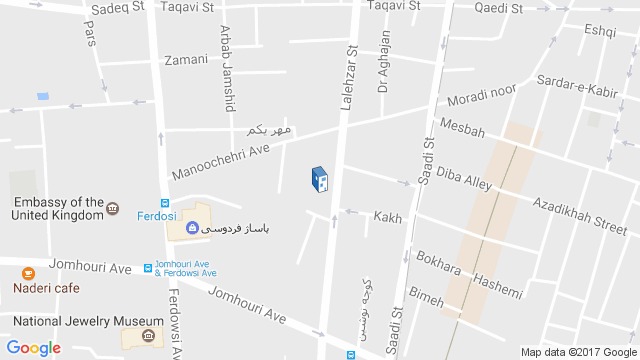 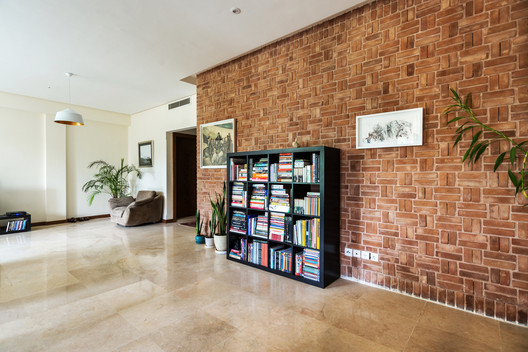 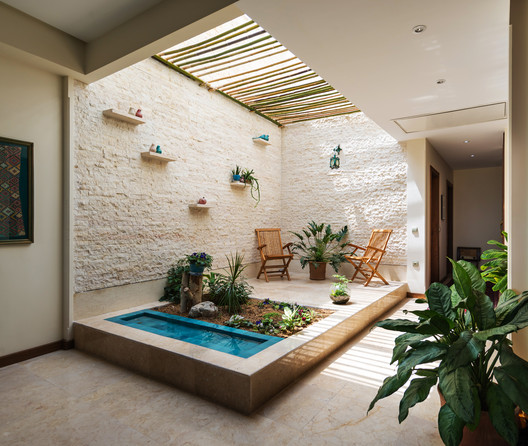