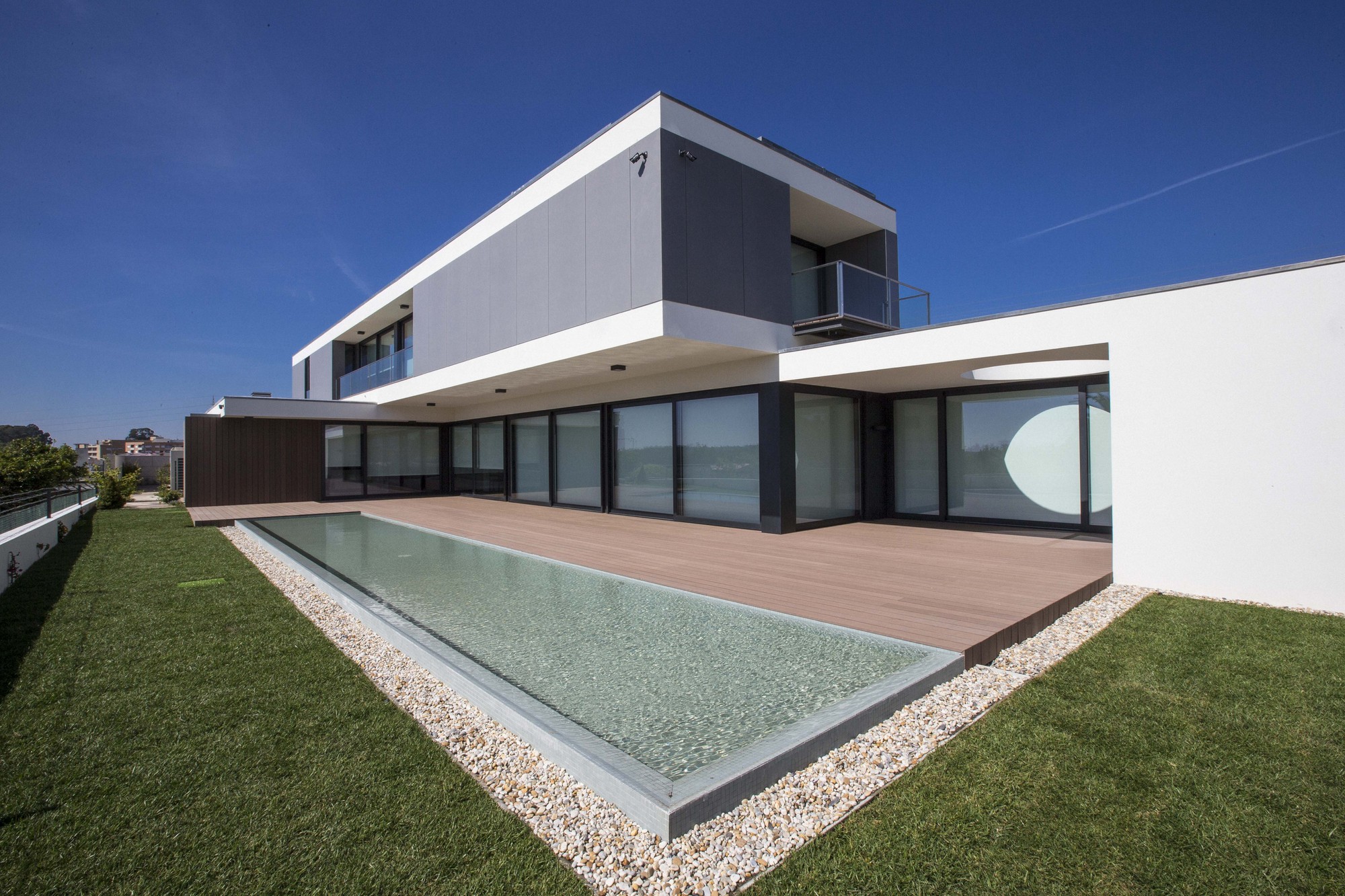 Text description provided by the architects. The long and narrow land faces the street to the East and has a slight slope on the West side.

The main access to the villa is made from the eastern street, opened within the subdivision. The access to the garage and the villa’s entrance is located at the further northern point of the street.

The shape of the land conditioned the proposal making it also long and narrow.  The house emerges with two overlapping structures displaced horizontally.

The lower structure, more transparent, especially to the West, supports the higher dimmer structure, coated with dark panels.  The upper floor recedes and swings over the courtyard to the West, creating some volumetric animation and providing a large sheltered living area to the West.

The villa emerges quite closed to the street, defined by a granite base which extends itself to the wall, and a horizontal glaze punctuated by the sunshade.  The house also opens to the South in a more private area, close to the ground floor rooms.  The distribution of the house is made by corridors on both floors, situated in the East, parallel to the street.

On the ground floor, and further north, are located the entrance hall, the garage, the kitchen, the laundry and the toilet. The living room and the dining  room open to the West enjoying the outdoors. Facing South there is a more
autonomous nucleus consisting of two bedrooms and a bathroom, accessible to disabled people. By the way it was designed, the house allows an autonomous use of the entire ground floor.

On the first floor we find the two suites, one on the northern top (which opens towards East over a balcony and West to the garden) and the master suite that opens over a terrace to the South. Between the two suites there are the two offices, which have a balcony to the West.