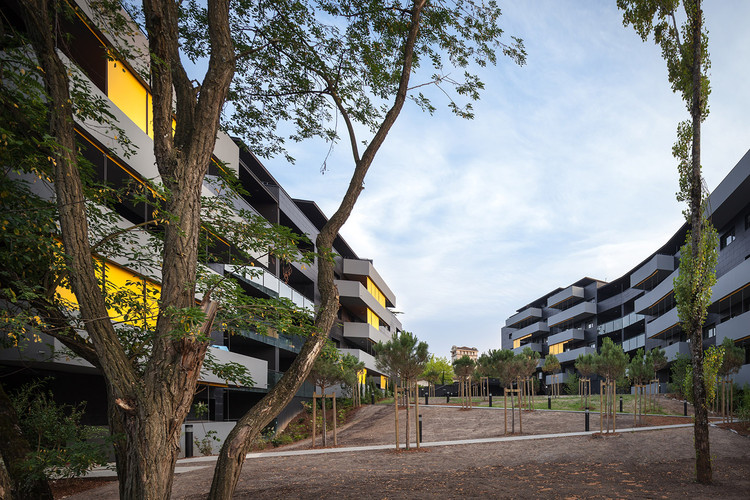 Text description provided by the architects. Towards a new paradigm

The burning issue in Metropolitan Bordeaux is a project of 50,000 housing units.

Envisioned and designed to be a real estate opportunity, the overly dense development has created quite a controversy. The Viravent project proposes another paradigm.

Built before the beginning of the 50,000 yet still comparable, given the shared design model (sited in the heart of town, but in a diffuse section without access to the ZAC), the Viravent project integrates into an existing urban fabric more than imposing upon it. Socially, above all, it represents a mixing of first-time buyers and investors in a contrasted sector between large collectives and freestanding buildings.

It is, in the same breath, a political statement. Until a few years ago, the construction of anything besides socialized housing in the Hauts de Garonne district would have been seen as incongruous. Only Foncière Logement was up for the challenge of social melding, choosing Jean Nouvel as their architect. Here, not a Nouvel is found, but an elegant architecture within a conserved frame, and a commercialization that has not lagged. In terms of volumetrics, the two buildings follow the sloping topography of the site. The local city planning ordinance (PLU) has not been the subject of adaptation - as opposed to the 50,000 housing units - but the density Viravent creates sets a new benchmark for the region, with 140 units/hectare.

Lastly, concerning the preservation of enclosure, and the mineral and vegetal qualities of the site: made of limestone walls, cypress, and noble tree species, this border creates the first filter between the project and the external environment while creating a link between itself and the buildings surrounding it. The segmentation into two separate panelled buildings allows the project to better blend in with the environment.

Long expanses of unbroken façade are rare, and the sight lines follow the sloping of the hills.

A reconciliation of scale

Laid across the entire length of the parcel, the two buildings offer panoramic views over Bordeaux and its environs. Furthermore, a dialogue is created between three differing scales: that of the neighbourhood, which has not changed, that of the city, which can be seen from the project, and that of the home, which contrasts its compact interior spaces with its generous exterior. Though they appear autonomous from one another, the two blocks are connected via their basements with two levels of underground parking. The figure-ground thus creates a densely planted courtyard in the middle of the housing block, where the terraces climb, denoting the complex topography of the building site.

The strategy of “integration at any cost” translates itself into the façade by a black mineral double skin. By absorbing the sunlight, it accents the green of the project’s planted portions. Footpaths crisscross the courtyard and wrap around the buildings’ exteriors. A system of path making merges with the terraces, and allows for a reading of the topography, all the while highlighting the plantings. 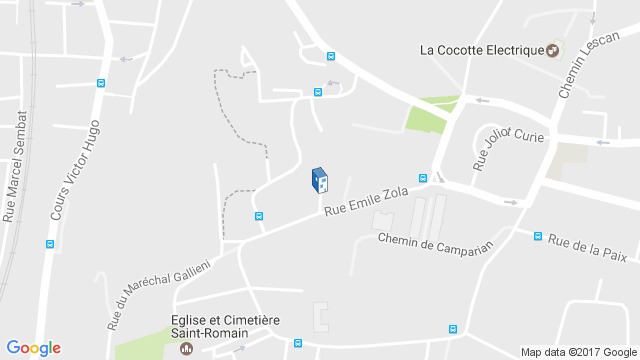 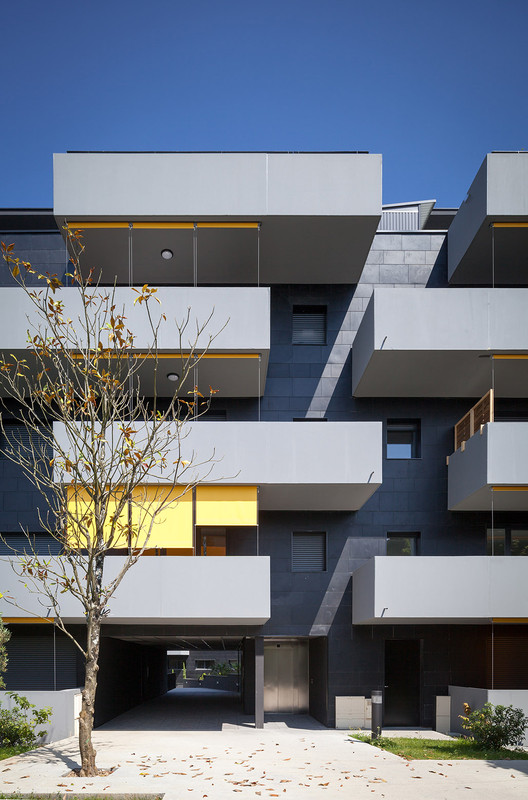