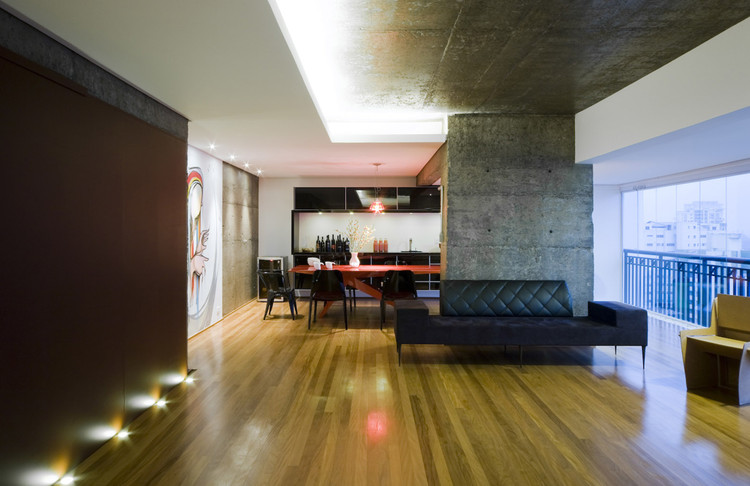 Text description provided by the architects. This new apartment has been completely modified to reach the needs of its inhabitant: a single young executive who has a passion for cooking and welcome people into his home. The open spaces were looking for the best exploitation of the area of the property and several interventions and details were made to the variety of recreational experiences to the guests in the apartment. In the elevator lobby a RGB lighting system was made to explicit the mood of the resident to his guests. The good mood of the resident continues with the 10 door viewers, each one with a different Kama sutra image. Several displays were set up outside the door to the interior of the apartment and then begin the experience.

A gutter in the living room floor full with 6,000 ping-pong balls accompanied by a pen permit the guests to interact with the environment. They have the opportunity to leave a message or draw a smile on the ball and then they throw it back to the gutter, so the host can see it on the next day. The entire structure was evidenced from the building into the apartment while maintaining a flawless finish. A graffiti was done by Nove (Digital Organico) on the kitchen floor and then was covered with a transparent resin. The graffiti remains in the running of the kitchen to the dinning room and climbs the wall forming a drawing in that corner.

The Home Theater was created based on the cable-stayed bridge Octávio Frias de Oliveira ( a architectural postcard from São Paulo), which can be seen from the apartment. The structure of the shelves remembers the structure of the bridge. The shelves are built with a material called Masterboard, which consists a “sandwich” of MDP (Medium Density Particleboard) with CRFS (Reinforced Cement with Synthetic Wire).

A mirror, hanging on the ceiling of the restroom, plays with the guests suggesting them they might be not so sober as they thought. Besides that, there is a designed mirror made of small mirrors found on the street markets. The bookcase from the bedroom seems to be floating: the shelves are made of MDF (Medium Density Fiberboard) and supported by two glasses. The MDF coats the following wall hiding a door to a panic room, used in case of a strange or boring visitations. 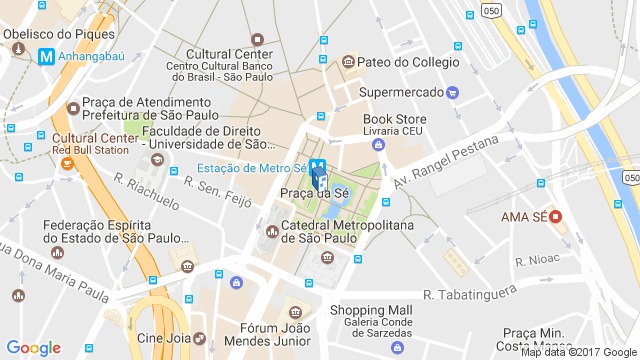