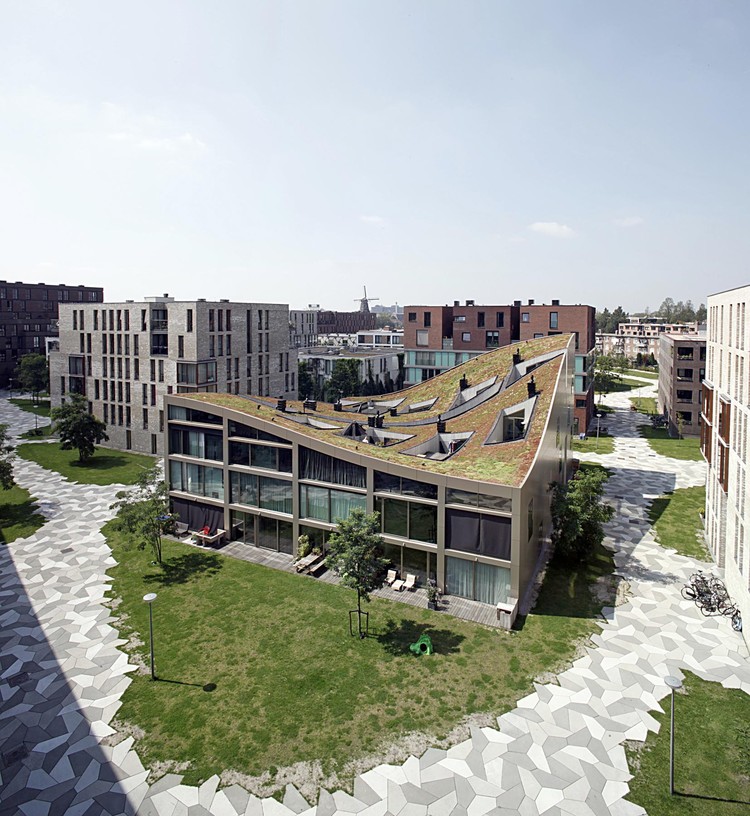 These ten houses are part of a masterplan for 500 dwellings and a park by the Architecten Cie, called 'Het Funen, Hidden Delights'. The triangular site is located between the historic center and the recently redeveloped harbor area in the east of Amsterdam, a former parking lot for towed cars. Along the east and the south side a 'wall' containing over 300 apartments and office spaces shields the site from the noise of the adjacent railroad. Inside this semi open block a loose grid is set up, containing 16 smaller housing blocks positioned in a park. These 'Hidden Delights' vary in height from 9 to 18 meters. A shift from the public to the private has taken place. The urban plan including the park is initiated and commissioned -traditionally operations directed by the City- and developed and build by one single company, IBC Vastgoed.

The maintenance of the park will be handled by a private firm, not by the city, but the park will remain publicly accessible. There are three almost square blocks that measure 30.5 by 27.7 meters and should contain 2.5 stories. It was obligatory to build the first two stories in alignment; the third should be 50% building and 50% roof terrace/garden. In our block the volume is distributed evenly over the ten houses; each is allocated 633 cubic meters. The houses are organized according to a typology known as back to back housing. They will be accessed from an aisle in the middle of the block. This "mini-canyon" rids the facades of the obligatory storage spaces and technical facilities that formally have to be accessible from the public domain.

The front doors are positioned in the back; the houses are turned inside out. By placing the 'intestines' like water and gas meters, hallways and stairs in the darker zones of the apartments, the facades can open up to the light and to the view, to where the park is. Three other buildings with a slightly smaller footprint, but considerably higher (18m), rise up next to the block. By interpreting the given 2.5 floors as 2 + ½ story as in Being John Malkovich we could make a ‘clean’ start without formal determination; a block of 6 + 1.5 = 7.5 meters high. To create space within the masterplan this volume is deformed and redistributed, pushed away as much as possible from the adjacent volumes. Within the orthogonal grid a diagonal vista opens up.

The design tool deployed for this operation is the slight rotation of the isle, orienting it onto two open spaces between the blocks, instead of two ‘blind’ walls and as such providing a public shortcut. Point of reference is the given 633 m³ per dwelling. While all houses are at the same time stretched and compressed, either in height or in length, they still maintain this original volume. Although some features of the typology remain, all houses are individual and unique reaching from one-and-a-half to four stories, from 120 to 160m2. All houses are different but part of a larger whole; they are one. The amplitude of the building now varies from 5 to 15 meters, but overall the average is still the required 7.5 meters. In the process the standard building bay as an organizational tool of construction became ‘elastic’.

Note: This project was originally published on 27 October, 2014. 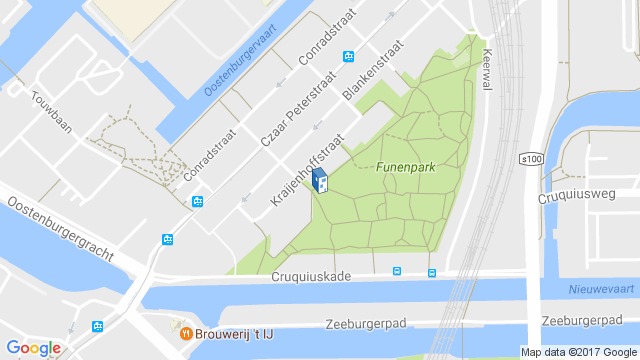 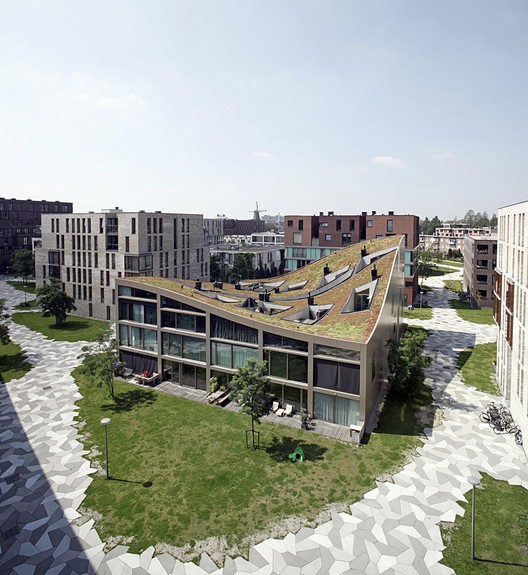