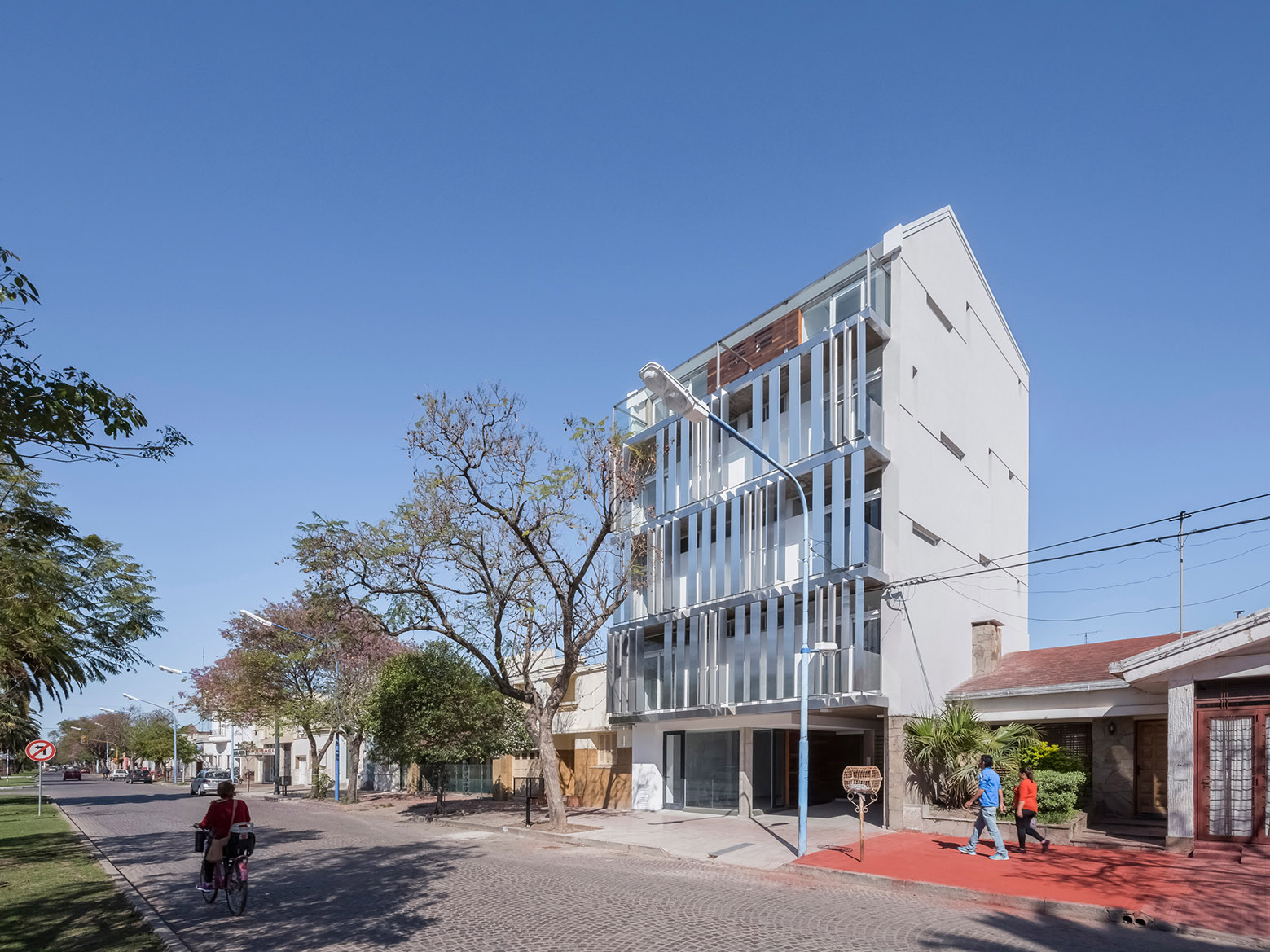 Text description provided by the architects. Lehmann Boulevard is named after the founder of the Rafaela neighborhood. It is one of the two founding axes, which at their orthogonal intersection form the main square of the city bordered by large ancient tipas trees. The urban space is large, and jacarandás and pink lapachos predominate in the landscape, and the edges are defined by low-rise buildings. In this environment, we have a small plot of land, from the demolition of an old house. The expectation of the developer was focused on optimizing the economic outcome. In addition to the conditions imposed by the city building code, the budget was limited and the construction time could not exceed 12 months.

The design is solved with two blocks linked by the circulation, under the objective of consolidating the facade to the boulevard and optimizing the climate conditioning of the north facade on the rear block. The circulation scheme became the vertical axis that structures the project, and the walkways linking the apartments became the urban windows of the building, closed to the south to protect from wind and rain, and open to the north.

The ground floor housing the access hall, parking and a small shop stands out for its transparency and spatial flow between inside and outside.

The visual depth allowed by the width of the road and the low environment challenged us to design the party walls as side facades. Thus the main image of the building is made up of stainless steel screens that filter the sun and the views to the interior through their large openings. Laminated glass as guardrails and exposed concrete slabs for the mezzanines.

The side facades with slits with fixed glass panels (also to improve the light quality inside the units) and aluminum frames generate an irregular pattern that seeks to harmonize by contrast with the main facade. They are completed with stairs that weave blocks and floor levels.

The rear volume is open through large windows arranged in the living area of the apartments. The housing units are simple and are divided by drywall partitions, allowing flexibility to adapt to different patterns of use. 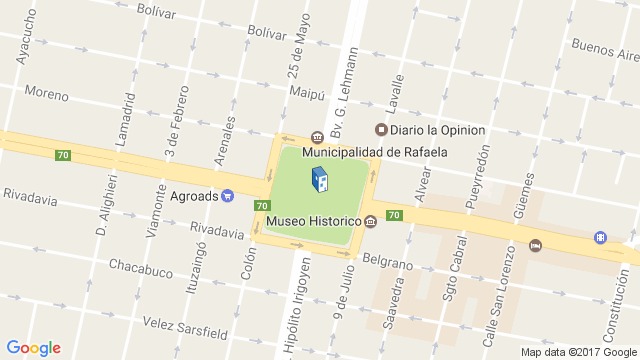 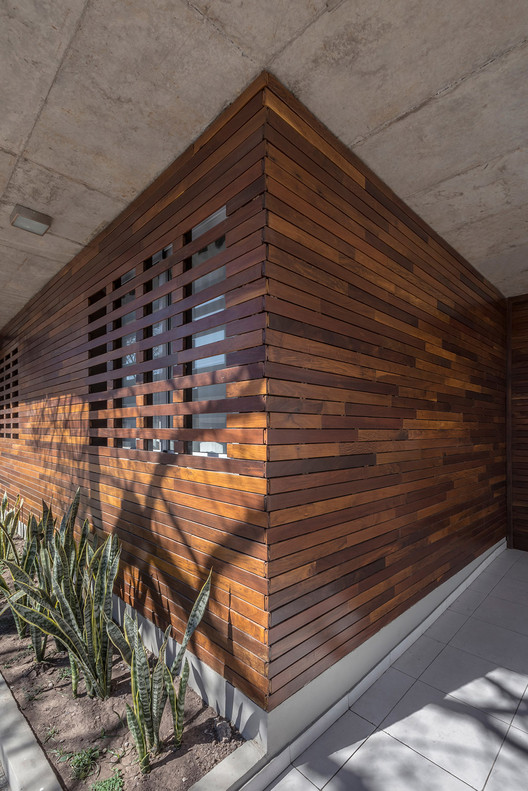