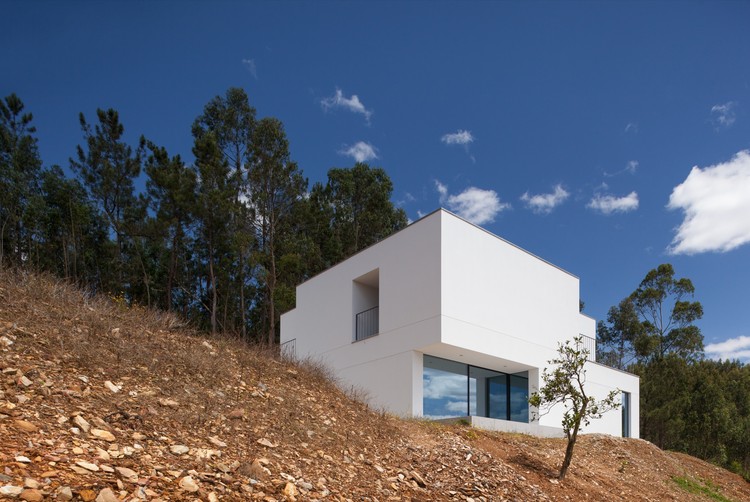 The irregularly of the terrain, is developed along the “Rua das Roçadas”, in a longitudinal direction, from North to South. The terrain shows a pronounced slope, establishing two platforms (natural terrain).

The house is inserted in a rural area which is characterised by a low-density housing area. The terrain morphology conditioned the project regarding to its volume and program. Likewise, the implementation of the house was conditioned by the views.

Taking into account the altimetric and planimetric features of the terrain, including its pronounced slope, which starts at the street layout. For that reason, it is proposed a project that intends to re- characterize the terrain, and that establishes a platform for the house implementation. (elevation 86.50 ) .

For the access to the house, it is proposed two different acesses: one for the cars and another for the pedestrians, these being the link between the entry into the terrain and the entrance to the house. The spatial distribution of the house is resumed to a radical separation by function per ﬂoor.

The service/social areas, are located at the entrance level, along with the hall, WC, ofﬁce, kitchen, pantry, dining/living room and the stairs. At this ﬂoor it is proposed the creation of crannies areas for shade (at living/dining room) and for rain protection (outdoor lobby) .

At level 1, the most private area, is comprised of bedrooms areas and sanitary facilities. At this ﬂoor there are also crannies, but for exterior platforms (terraces) to support the bedrooms. These platforms create a private zone in terms of exposure. The creation of such crannies (on both ﬂoors) also aimed to dissimulate the initial rectangular shape of the house. 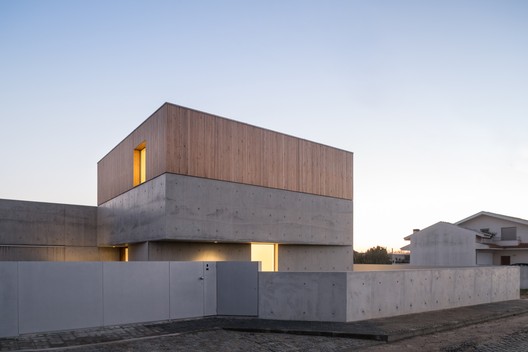