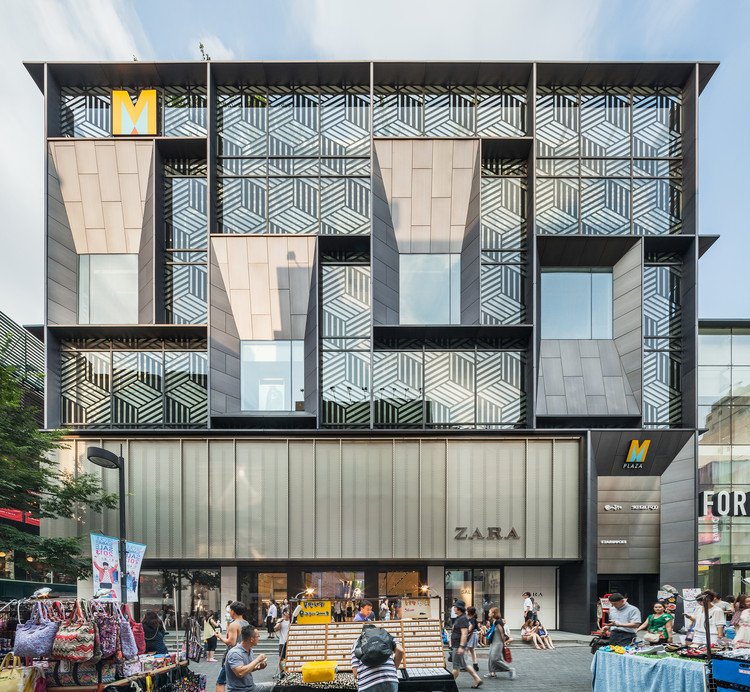 Text description provided by the architects. The newly designed M Plaza embodies the intention of its design firm, Manifesto Architecture, to give the venue a new lively presence within Myeongdong, which is, architecturally, one of the most chaotic commercial districts of Seoul. Previously a simple glass box which was unique within Myeongdong ironically due to its relatively lackluster form, M-Plaza’s new design now features a level of volume and formal dynamism unrivaled even within its surroundings.

The process of M-Plaza's "volumization" can be described in three steps, each with increasing intensity. First the glass curtain wall was etched with a ceramic frit pattern inspired by stacked cubes giving the smooth facade an initial charge of volume. Then a grid of vertical and horizontal extruded frames was installed to divide the facade into a set of puzzle pieces each 500mm deep.

Finally, a series of “funnels”, new glass openings framed by sloped stainless steel panels that take full advantage of the 500mm depth achieved by the extruded frames, are plugged into various puzzle pieces. These three architectural languages give the facade a greater level of depth and dynamism, but are applied in a consistent manner over the large facades allowing the irregularities to exist within a certain boundary of order. 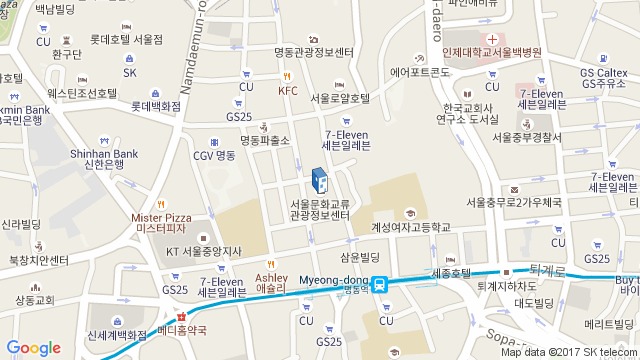