Pedro Livni and Fernando De Rossa have shared with us their proposal for the Dalseong Citizen’s Gymnasium open ideas competition, which was awarded honorable mention. As part of the district’s centennial anniversary, the competition aimed to replace an existing, outdated sports hall with a new gymnasium complex for the local residents of Hyeonpung-myeon neighborhood within the Daegu district of Dalseong-gun.

drozdov&partners were ultimately crowned as winners of the competition, however you can review Pedro Livni and Fernando De Rossa after the break. 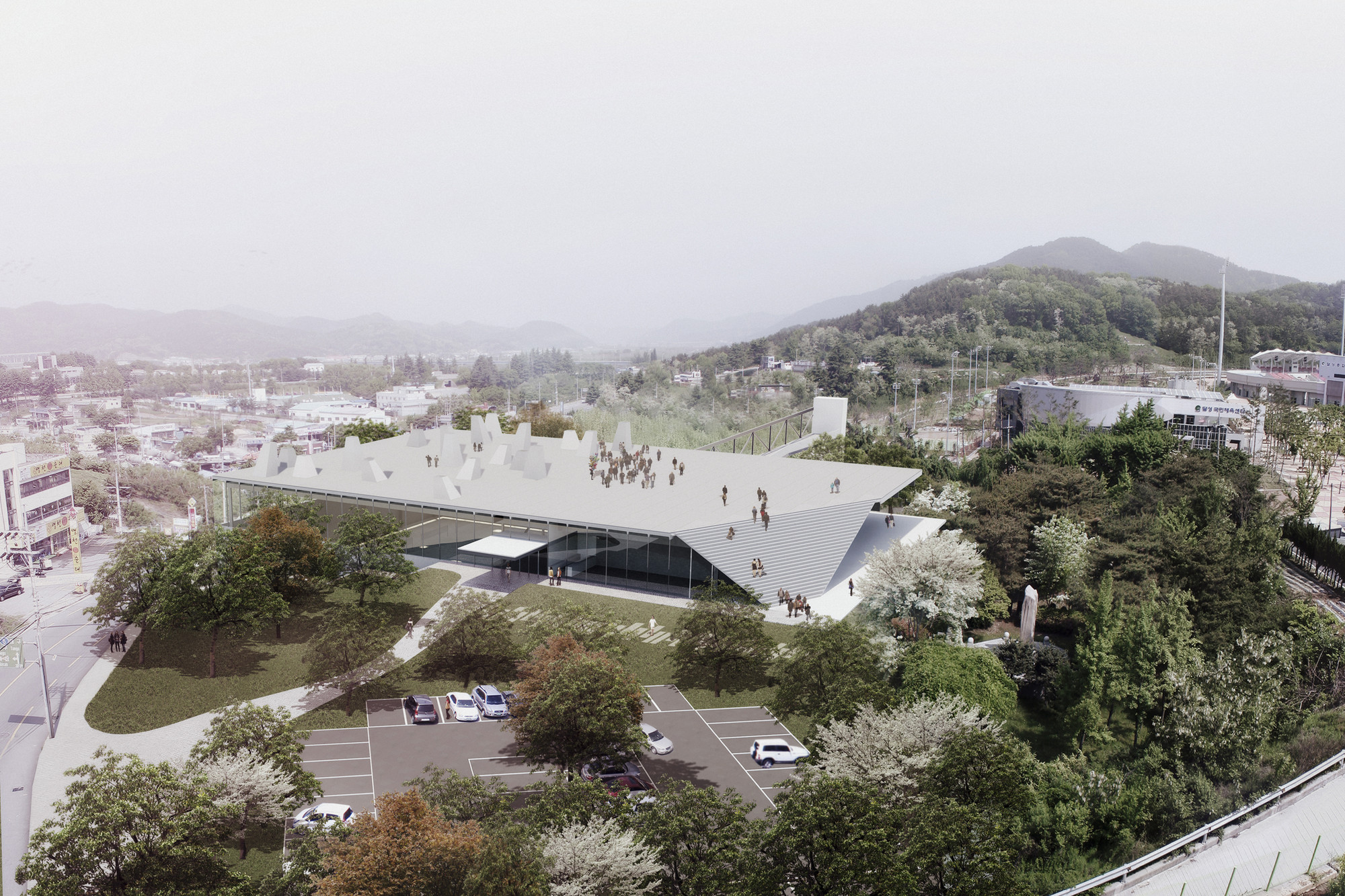 From the architects: + park

Our initial interest is based on the relationship between the public and private. This ideological model is pursued in a form of the “park”. A park is a publicly shared space where people gather, while personal groups are automatically and independently formed. It is a space where public and private spheres meet and are loosely linked.

The irregularly shaped site intended for the location of the Dalseong Citizen’s Gymnasium, is surrounded by different sort of streets and has a pronounced drop towards the west of approximately 15 meters. On the high ground there is a small park with great landscape quality over which a memorial conformed by the dialogue of two large vertical stones holding up a sphere, is set. On this high ground, far views are possible, while the lower sector of the site is affected by its proximity to the high transit roads.

The proposal, rather than a building, is conceived as an equipment, a link that uses to its favor the land’s distinctive topographic and contextual features to establish and increase a rational actively participating relational system, assuming its artificial, representative, cultural-athletic and leisure condition.

The uncompromising shape is limited to an abstract and artificial prism which places itself on the site capitalizing the location’s topographic peculiarities. Thus, the rooftop-plaza –to which access is granted by a fold in the corner closest to the main entrance on the top east side– becomes a prolongation of the park and creates a grandstand overlooking the memorial. A rooftop plaza, also abstract, in direct allusion to the poetic imagery of Superstudio and to the minimalistic pieces of Carl Andre, generates a dry surface defined by a grid that floats over the nearby tree tops that define its limits. It becomes, like this, a viewing point involved with the distant winding elevations. An elevated square, that in the fashion of Le Corbusier’s Unité rooftop with strange characters emerging from it (the skylights), cruises over the park speaking and reflecting on the hard and always complex, unresolved relationship between artificial and natural world.

The program is treated as three big play areas and their respective services. Two of them indoor, arise from the programmatic requirements: the first one for the regulated gaming (the multipurpose gymnasium), the second mostly undetermined and flexible: the daily sports Facilities. A third one is added: the rooftop plaza in open sky, completely ludic and undetermined in its use conceived as an extension of the park.

Using the height difference, on the lower west side, the gymnasium is situated thus achieving the 12mts. ideal clear height. Next to it, and in the same level, the dressing room area and some operational support facilities are placed.

In the upper part, where the access to the building is located, the daily sports facilities is layed out served by the cafeteria, enabling both of them the chance to fully extend themselves towards the outside sheltered by the roof and facing the park.

At the intermediate level, and determined by the slope of the stands, the control room and 25 covered parking spaces are located. This parking is complemented by the outside one, with capacity for 42 vehicles, making a total of 67 parking spaces. Thereby the building, on its stepped organization (see section), uses to its favor the strong drop of the land allowing the Daily sports Facilities to overlook the Badminton courts establishing then, a spatial, visual and relational continuity.

Through the sum of simply supported objects, the big span to overcome required by  the program are solved. The bottom part is defined by a rectangular reinforced concrete raw plinth that contains the stage-court at the time that articulates the great difference of levels acting as a retain wall. On each of the short sides of the base, 6 metallic columns support a grid of beams over which the rooftop plaza lies.

At half length of the long side of the base, rests a big truss beam that acts as an intermediate support for the grid of beams, while holds the ground of the daily sports facility that overlooks the stage-court. This beam is extended to the outside of the building generating the structure to support the bridge that crosses the avenue.

Over the beton brut plinth and aligned with the outer face of the wall, lies a continuous glass skin that detaches the rooftop-plaza form the ground and makes it float over the tree tops which are perceived from within. The glazed enclosure allows uniform luminosity inside the building that is regulated in intensity depending on the activity taking place by a mobile curtains system placed in the sector of the stage court. On the park facing part, the glazed enclosure retracts under the rooftop-plaza allowing on its opening a direct sequential and performative relation between the inside, the sheltered outside and the park. Likewise, a seemingly randomly placed skylights introduce filtered daylight into the interior while portraying characters that inhabit and animate the rooftop-plaza in the manner of Antonio Gaudi’s chimneys on the roof terrace of la Pedrera.

In sum, using the characteristic topographic condition of the site the project builds a connective field resolving and strengthening its links with the outside, defining intermediate scopes, inducing uses and articulating functions. This is the instrument of urban performance of the project. 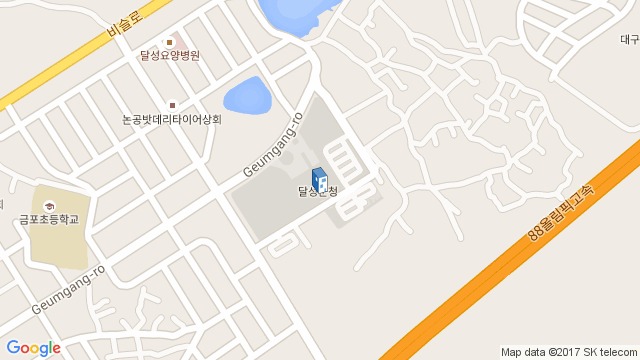