Trahan Architects have collaborated with Christopher Counts Studio to design a 15-hectare, two-phase masterplan for a mixed-use convention center in Tbilisi, known as "Expo Georgia." Organized within a lush garden landscape, the masterplan’s first phase will see the completion of the convention center’s first half, which will be constructed in a sequence of repetitive gabled forms broken down as stepped, nine-meter modules.

More about the center and masterplan, after the break.

From the architects: Expo Georgia, set within the post-industrial Didube-Chugureti district of Tbilisi, the capital of Georgia, is a 15-hectare campus located northeast of the historic city center. The complex is centered in an extensively landscaped sequence of gardens and park spaces, accessed by parkways and pedestrian paths. Soviet-era pavilions are distributed across the site, developed as a regional exposition during the 1960s. The scale, texture, topography and available footprint of the existing site established the parameters of the two-phase masterplan for the campus including a 52,000 square meter exhibition center, a new 200-key hotel and ballroom, commercial development, a 10-screen Cineplex and below and above-grade parking.

Trahan Architects collaborated with Christopher Counts Studio on the masterplan for the landscape, developing a new design language and site order that connects the varied collection of spaces throughout the campus encouraging year-round use. Based upon an extensive network of pedestrian loops, the campus will eventually include two new entry courts off of the main boulevard, Tsereteli Avenue, which provide access to an interconnected sequence of outdoor rooms framed by planting and paving that define the public realm. Outdoor decks and crushed granite courts accommodate outdoor exhibit and entertainment areas, enhanced by water features and a rich understory based upon regional precedents.

The new convention center occupies the western edge of the campus while the hotel and ballroom complex is set along the north edge of the site. These two linear facilities redefine the campus, offering a foil and frame for the landscaped gardens, courts and existing historic pavilions. The cineplex is placed at the southeast corner of the site, marking the re-envisioned south entry and a broad event lawn. An existing restaurant pavilion will be renovated nearby, joining a café set along the edge of an existing reflecting pool.

Phase I includes the first half of the convention center which was developed as a series of stepped bars or extrusions on a 9-meter module. The modules allow the new facility to carefully situate itself in relation to the existing historic structures on site, while also breaking down the scale of the 256-meter long facility. Organized on two floors, the main level includes a grand lobby overlooking the gardens giving entry onto the column-free exhibition halls that can be subdivided into 5 sub-modules. A second level includes 3 meeting pods of 5 modules each along with a VIP suite. Support facilities are placed at the north end of the building on two levels. Cores at the front and rear of the building provide mechanical and building support zones, with loading screened behind the building mass on the western edge of the campus.

The facades are envisioned as a sequence of repetitive gabled forms, made up of cast-in-place concrete and glass. The ground floor includes extensive glazing to optimize views and a sense of continuity into the adjacent landscape. The second level fenestration is screened from the low eastern sun by a series of vertical linear cast-in-place elements that accommodate views across the campus from the meeting level. Phase I is intended to meet LEED standards and is targeted for completion by 2017. 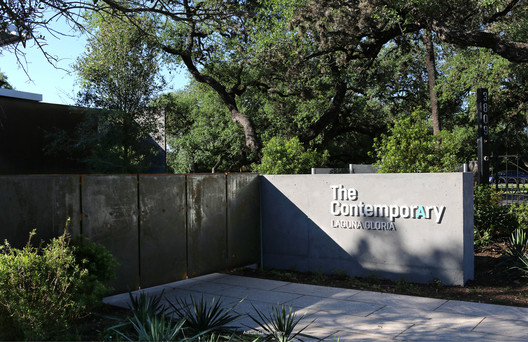