Save
Reimagining 448 Local Libraries in Moscow, One Space at a Time
Share
Or
Copy

SVESMI, an unassuming studio based in central Rotterdam, is at the center of a dauntingly complex project that may eventually see the renovation of 448 dilapidated and disused branch libraries in Moscow. Architects Anastassia Smirnova and Alexander Sverdlov balance their time between Rotterdam, which acts as their design studio, and Moscow from which, alongside architects Maria Kataryan and Pavel Rueda, they oversee the project at large. Faced by the potential challenge of reimagining over 450 public 'living rooms' spread across the Russian capital and demanding unusually high levels of spatial articulation and social understanding, the Open Library project is also unwinding the hidden narrative of Moscow’s local libraries. 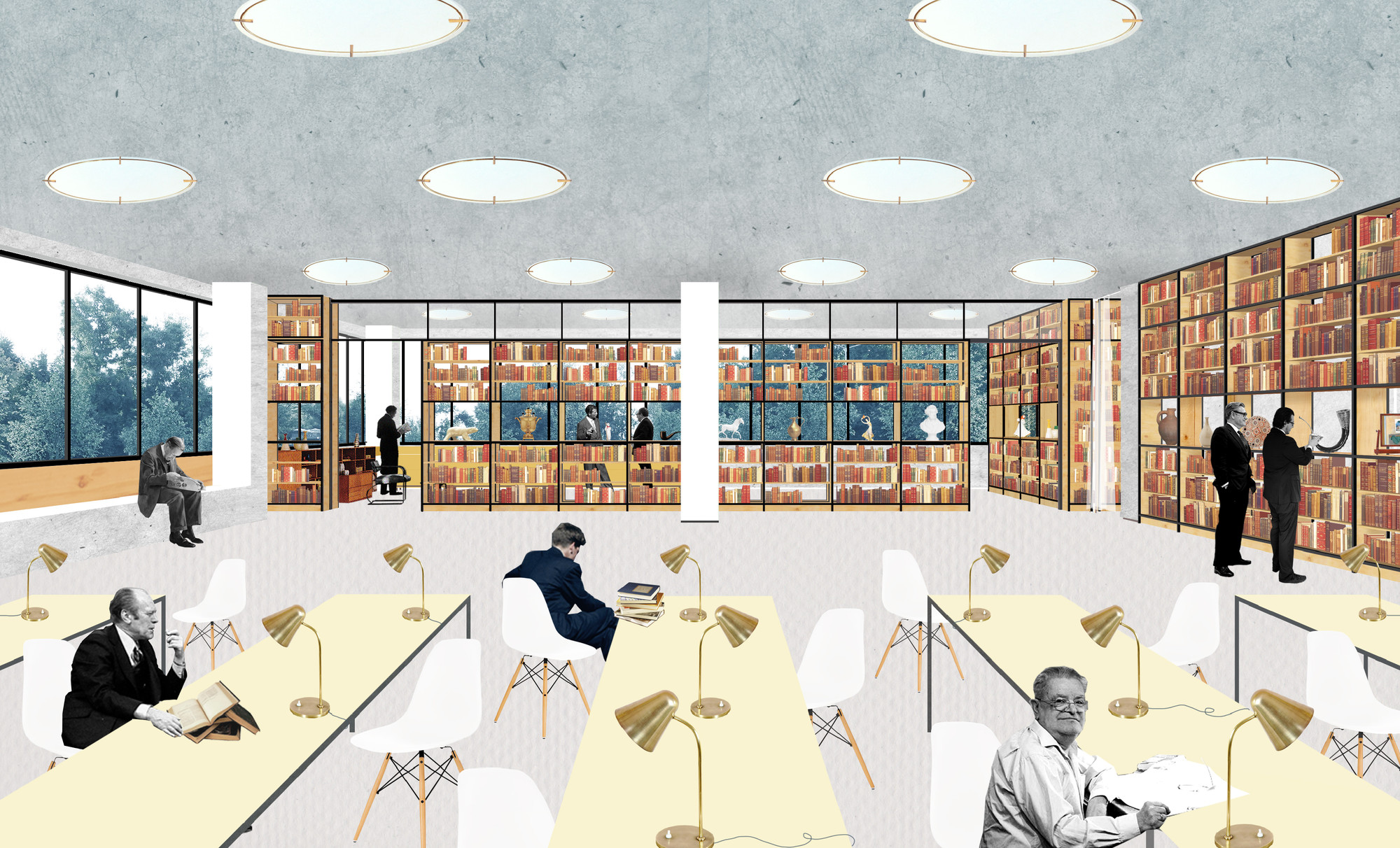 The project began in 2012 with an idea formulated between the part-Dutch-part-Russian practice SVESMI, urban designer Paola Viganò, and a Muscovite bibliophile described as an ‘island of literary independence’ called Boris Kupriyanov (of Falanster). Sverdlov and Kupriyanov took the lead, assisted by a group of thirty-five multidisciplinary minds engaged in the production of a provocative research document which boldly called for the restoration of Moscow’s vast network of small-scale libraries. This field research was followed by the thesis of Giovanni Bellotti and Paolo Ruaro, under the supervision of Paola Viganò and Alexander Sverdlov, at the Università IUAV di Venezia. The foremost goal of this research as a whole was to explore what libraries were, are and should be in order to prove that a dose of fresh ambition could shock the system into rapid reform.

Bellotti and Ruaro’s Moscow Library Atlas analysed a proportion of the city’s libraries in fantastic detail. The publication exposed the complex individual relationships between these public nodes and the wider urban context, bringing the characteristics of certain library types to light. Interestingly, the number of libraries per capita in Moscow rivals other European cultural capitals yet, prior to the inception of this project, were unpopular and disproportionately underpopulated public places. The vast majority of them remain dense with unfulfilled potential and, according to SVESMI, "do not play any significant role in the shaping of the city’s cultural landscape." Armed with a research document demonstrating, among other things, that Moscow spends €43 per visitor per year compared to Amsterdam which spends €4,50 per visitor per year, the team had a degree of leverage to convince Sergei Kapkov, Moscow’s Culture Minister, to help set the project in motion.

According to Sverdlov, “it is impossible to count on consistent reform” in Russia. They needed to demonstrate that the research they had labored over would produce an outcome which could spearhead further development – and fast. SVESMI selected seven libraries from across the city to act as pilot projects and within the space of only twelve months could boast of two complete renovations. One of these, the Dosteovsky Library, saw anecdotal reports of visitor numbers rise from around three hundred in six months to three hundred per day, with lines out of the door.

As with most spaces that appear aesthetically ‘simple’, the social, strategic and spatial complexity in the background of these projects is enormous. Conversation with SVESMI’s Alexander Sverdlov uncovered interesting observations into the design of the libraries. Rather than describing them as introverted spaces they are, for Svedlov, “spaces of elevated neutrality.” “People can be engaged with themselves whilst also being observant of the city around them, just by being beautifully disconnected.” Neutrality – “a political project in itself” – is a difficult state to attain and then maintain. “To not be colored left or right, but to just be there in a state of silence and concentration, gives independence.” In this sense, the designers saw the windows as “completely crucial”, not only for those looking into the libraries but also for those readers looking out towards the street from the comfort of a beautiful, calm, well-lit space.

The libraries have since kick-started the creation of a new creative body called the Centre for Moscow Libraries to develop a more concrete agenda for the (re)programming of the system in line with SVESMI’s prototypes. Sverdlov describes it as the dialectic of hardware (the library buildings themselves) and software: the intangible integrated system of people and commitments that creates and maintains the library network. It is the service that supports the structures which allows the Dutch public library system, for example, operate so fluidly.

With such a vast collection of small spaces across Moscow ready for renovation the practice is now prioritizing the creation of a set of guidelines which clearly explains, for example, the correct layout of furniture (designed in-house due to the incredibly short construction period). In such didactic designs there is significance in the arrangement of space on all scales. The tables in Library #127, for example, are positioned in a way which engages library dwellers in a new dimension. It facilitates social incidents within public space.

Alongside this publication SVESMI are also eager to develop a supplement which examines the state of European welfare and, in turn, extend the reach of the project to other European countries. “We all know that libraries are a universal good,” Sverdlov acknowledges, “but the topic is soaked with banality.” Embedding the project into a wider discussion about declining welfare will add a new level of currency to the debate.

Sverdlov recollects Umberto Eco's This Is Not The End Of The Book, where he stated that "the book is like the spoon, scissors, the hammer, and the wheel: once invented, it cannot be improved." In the same way, as digital readers come and go, the physical book will remain the constant thread that ties generations together through knowledge and ‘spatial neutrality’. It is even possible to argue that these kinds of spaces are not merely a privilege but fundamentally necessary to the healthy functioning of a community. In Moscow, the branch libraries ultimately provide a point of consistency throughout the history of the city. SVESMI have audaciously “injected bubbles of oxygen” in the form of select pilot projects which demonstrate a combination of skill and tenacity that lends this overarching scheme exceptional significance.

Browse the gallery for more before and after images, as well as images of the forthcoming Iskander Library (#185) which will be led by Alexander Sverdlov alongside a team including Maria Kataryan, Pavel Rueda, Danir Safiullin, Artyom Olkhovky, Marco Cimenti, David Koezen, Giovanni Bellotti, and Xiaoting Chen.

At SVESMI Moscow Maria Kataryan and Pavel Rueda have been managers and contributors to the project through all phases of the built projects.