“The vision, ”ReConnecting Tampere”, introduces an intermodal transportation hub in the heart of the city as well as a development plan for uniting the city center. By introducing a diverse urban structure that extends from the east to west across the rail yard, the project provides a solid and robust foundation for unifying the two sides of Tampere’s city center once and for all.”

The commission will also include a masterplan for the areas surrounding the rail yard. A new cinema, retail shops and boutiques, as well as housing and new office spaces will all be incorporated into the plan. Large circular openings in the deck structure will give the visitors a good overview of the station below, and establish an easily understandable station area.

The project also proposes a new central park in Tampere located between the old and the new city center. It will be a “green lung in the urban structure,” and become a recreational meeting point in the very heart of the city. An arcade flanking the park will provide the citizens with an active and qualitative edge zone that opens up towards the new urban space.

“All in all, Tampere will get a unique urban environment tying together East and West Tampere in a united city center”, says Eero Lundén, Founder of Lunden Architecture. 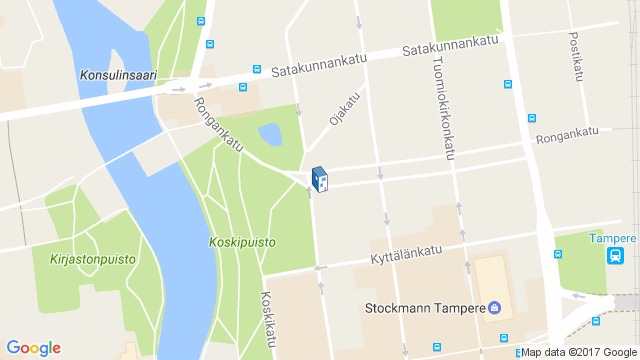