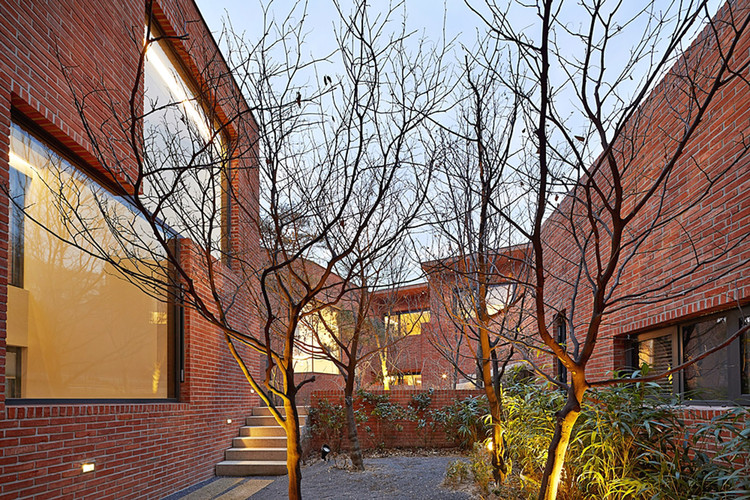 Text description provided by the architects. Sindang-dong was located near Gwanghuimun Gate where dead bodies usually came out from the Hanyang City Wall and a lot of shamans have lived around that neighborhood. It was told that due to these circumstances, the name of this town was originated from 'Sindang' which means 'a Spiritual place' in Korean. The houses that are built right against to each other at a very narrow, steep hill create a shady feeling which still exists in this neighborhood till now.

However, the overall site was totally different. The view of the Seoul City Wall is placed behind the town like a screen from the beginning of the entry road and at the hillside it had nice scenery of Yaksu-dong. Couldn't believe this kind of a place existed in this town....

The landlord bought this land since he wanted to live closely with his son's family within one property. Though privacy was an important element to consider, each house needed to be opened to each other. The property should be greater than a regular private home but should be built in a way so the visibility is blocked. for this reason, each planes with an angular "C" Shape Plan (Korean Letter '§ß') was disposed diagonally to each other while having its own courtyard. From the Courtyard, each house could be seen to each other but creates an individual cozy garden for each. From the outside the interior was not visible but natural sunlight and scenery was brought into the house through this courtyard. When we look into the section of the house, the house was designed so the scenery of the City Wall was visible from the interior. The bedroom which was closer to the City Wall had a lower finish grade compared to the Living room which had a higher finish surface and was further away from the stonewall. Each window location was also carefully placed so the interior could not be seen from the Seoul Stone Wall's pedestrian trails.

While considering the materials for the property, I saw Film Director Jeong Jaeeun's short movie 'Hakim & Barchin'. The movie was based on Uzbekistan's tale 'Alpamysh' filmed at one of the Central Asian cities, Khiva. This beautiful city is mostly built with bricks. A City being built with natural local elements is quite obvious when you consider large scale imports was difficult during that era, but even now it is a very convincing approach. When each ordinary buildings are built with different materials, each are just mere individual buildings but when they are built with one material, each building's exterior merges and connects to each other and creates a strong connection/statement.

As an example, Jeju Island has a bold statement of volcanic basalt stone walls. Using same materials seems to be one of the solutions to create a set of architecture. Since the site was facing towards the City Wall, the concept for this house was inspired by the wall and it seemed the house needed to be constructed with some materials that can be stacked. However, using the same granite material as the Seoul City Wall was too direct and brick seemed to be the best solution at this scale of a house.

The brick entirely covered up the house. Except for the flooring, the roof, wall, eaves and parapet was all built with bricks. These bricks were re-fabricated with recycled bricks by cutting the face of the old bricks and though it looked pretty new, it still contained the signs of the past years. Also, the roof was finished with the same material so it was aesthetically beautiful when viewed from the adjacent wall Seoul City Wall trails. We believe communality is an important element in architecture as well while also providing some privacy to the landlord with a perimeter wall. We also believe publicity should be provided to the citizens at some areas but this doesn't mean there is only one way to do so. However for this site, we thought aesthetically treating the roof was one of the solutions. 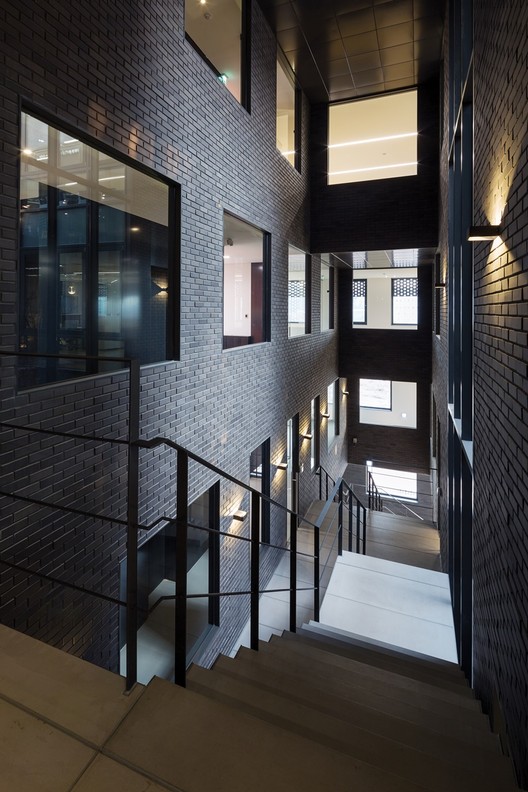 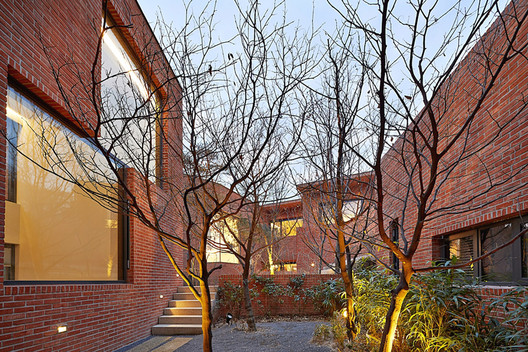