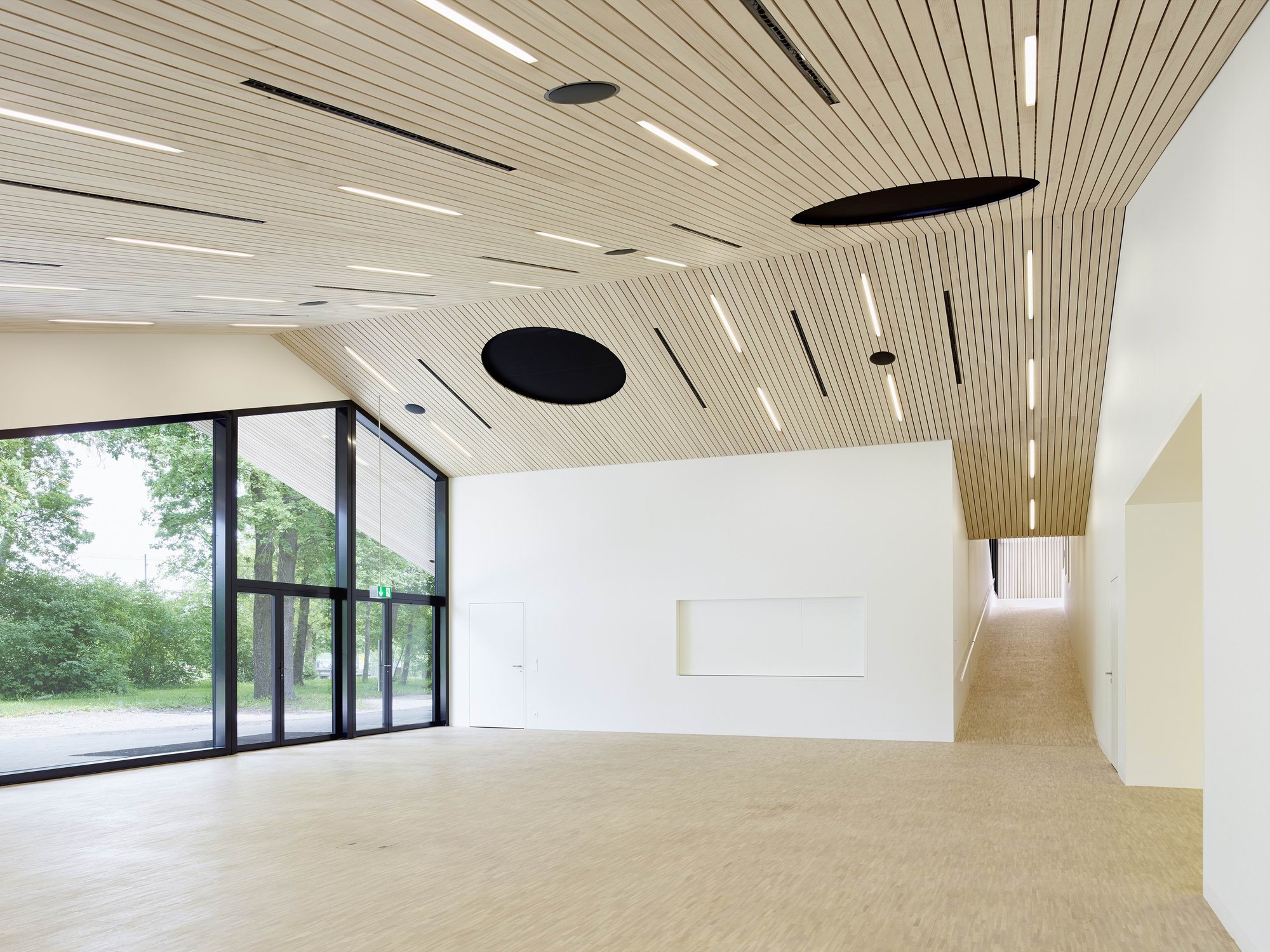 Text description provided by the architects. The entrance wing of a triple gymnasium from the 1970s, which was also used for events such as concerts, trade fairs and festivities, fell victim to a fire and is to be replaced by a new building that answers today’s requirements in terms of function and ambience.

Conceptually, the design is similar to the Xenix cinema (Zurich, 2005-07), which was the first realized building by Frei + Saarinen: a seamlessly extended roof surface was used to combine the existing building and the extension, making it possible to develop them in line with the conditions of the interior spaces without allowing the new Chirliet-Hall to deteriorate into a division between old and new.

A ramp connects the lounge on the upper story to a foyer that can be partitioned, and which has a view of the park-like environment. The lounge provides a new connection to the existing gymnasium grandstand and can also be used for smaller gatherings. Further rooms, such as a clubhouse and a canteen kitchen, have been integrated into the new front building, leaving the public areas clearly visible in the facades.

The folded roof section is made up of of zones of prefabricated wood elements, with a crossing that extends from the lounge to the west façade opposite, giving the rooms below appropriate heights. 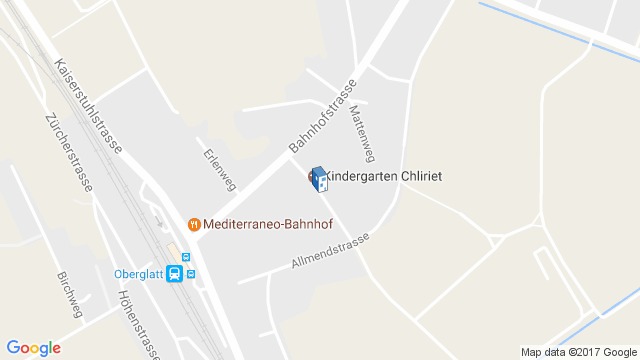 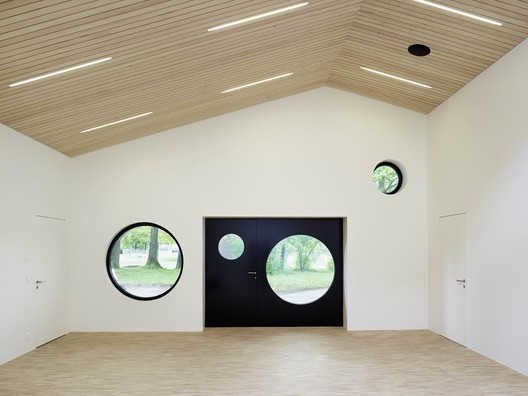