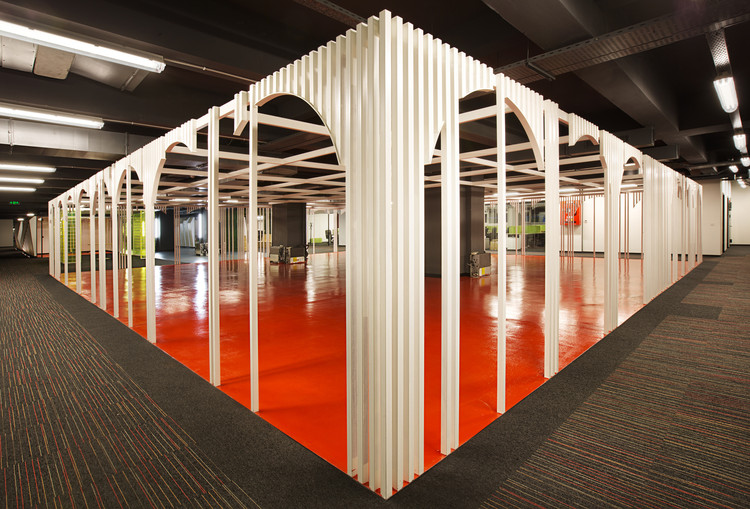 Text description provided by the architects. The Headquarters is one of the first and largest Turkish fashion e-commerce company, Trendyol is designed in the view of the company’s corporate identity. Language of the design is aimed to establish parallel with the company’s dynamic, interactive, rapid, and constantly self-renewing nature. Most significant components of the design are the units that are designed according to open office system, easily accessible common areas organized through specified axes among these units and the rail system enabling easy internal transport.

The 6.000 sqm single-storey office enables a workplace for 400 employees. The office containing multiple departments such as production, goods-receiving, seminar hall, cafeteria as well as administrative units are completed in a relatively short time, as three months including the designing phase. It is decided to create an exposed ceiling and therefore used horizontal-section mechanic and electric units as much as possible in the office, which is once pushing the limits of ease felt in a spacious place due to its less than 2,5 meters of ceiling height. For the same reason the reception desk is designed to be natural and commodious for visitors.  Due to possible spatial changes of departments in the future, all the working units are designed as barrier and divider-free, and a flexible interior order is sustained. The common areas such as meeting rooms or playing rooms around and in harmony with the column axis found right in the center of the office. Common areas are thought as the strongest parts of the concept, to have the appearances of train stations and planned a soon-to-be-installed rail system that will be operating between them.

We think this system will complement the design with its symbolic meaning as well as being a transportation means for the working personnel. Another colorful design element was the bike lane arranged in zig-zag traces in between the central column axis. We designed and placed the fixed bicycles on the lane, making indoor exercises possible so that employees could get off the stress of the day and work out. The meeting rooms are designed in various angles and heights range in harmony along the hallways. The exterior shells of the meeting rooms are made of wood and those of other social spaces with different purposes are of colored PVC-coated construction irons. We tried to establish a well-balanced design language combining natural and warm materials such as wood and stone with hard and processed ones such as glass, steel and plastic. 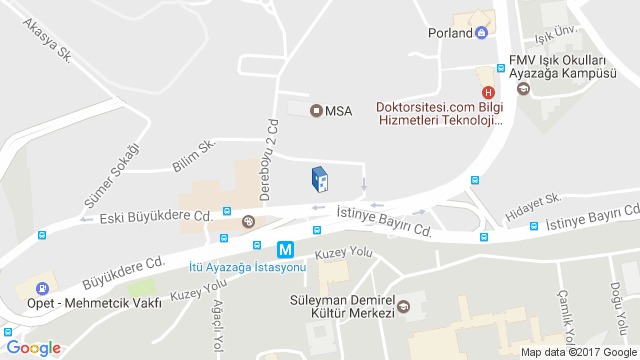