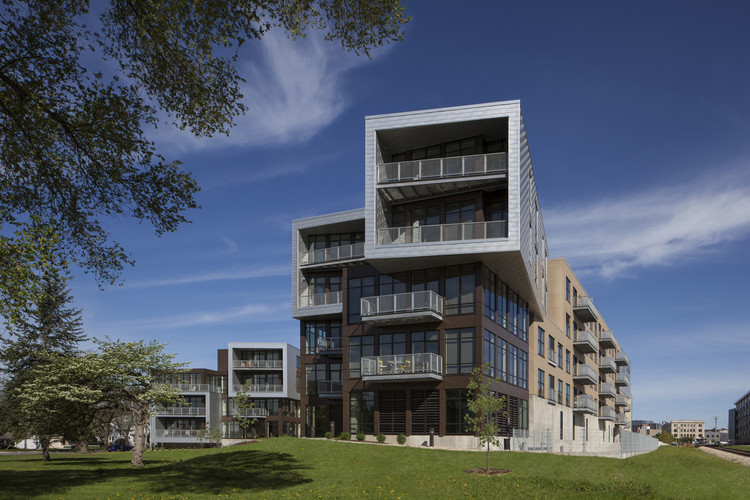 Text description provided by the architects. VDTA’s working relationship with Madison, Wisconsin’s premier developer, Urban Land Interests (ULI), spans over twenty years. During that time, VDTA was commissioned for many design assignments in Madison’s city center mainly focusing on office buildings, retail and parking developments, both new and renovation, but never for a residential building.

When ULI got control of a parcel that sat adjacent to an existing ULI residential project near downtown Madison – an adaptive re-use of former tobacco warehouses into market-rate rental apartments – VDTA was asked to consider the difficult challenge of creating a luxury rental apartment development that maximized the site’s potential. Another architect, previously commissioned by ULI, prepared a design that was underwhelming, conventional and failed to optimize the site use.

The 1.7 acre site was a former material storage yard for a local general contractor. It was unused and overgrown but optimally located. The neighboring uses on all sides of the site required a distinct and specific response. On the north site edge sits the Tobacco Lofts apartments – two historic long brick masonry buildings, originally used to warehouse locally grown tobacco, that parallel each other and share Seven27’s site entry drive. On the south edge is an underutilized city park, an adjunct portion of the neighboring Brittingham Park, separated by Proudfit Street, with views to Monona Bay and Lake Monona.

The east edge features the city’s heavily traveled Southwest Commuter bike path which, for the length of the site, also runs along an active railroad line. Additionally, this site edge faces the downtown skyline and Lake Monona as well as more immediate and recent low-rise office and work-live developments. To the west is the historic Bassett Neighborhood, a collection of established small scale, 1 and 2 story single family homes. Every edge of the site faced a unique condition and would require a unique design response to mesh with the context.

Not only does VDTA’s design for Seven27 address the contextual conditions of each site edge but is also achieves twenty more apartment units than previous design solutions proposed. The design for the building - a U-shaped plan with varying height wings - is oriented toward the south for views to the bay and lake, as well as optimum access to daylight and natural ventilation. The western face, steps down to 3-stories and its massing is shaped to smaller “house-sized” elements to best mimic the single-family homes across the street. The two wings forming the “U”, create arms that form a landscaped courtyard -- an extension of the abutting city parkland -- embracing green space into the center of the building and covering the underground parking with a communal use green roof and terrace.

Seven27’s design creates a dialogue with the neighboring Tobacco Lofts through the building’s height, massing and materiality – a 4-story tan colored brick façade mediates the height of the two loft warehouse buildings with their cream colored masonry. Along the east, mirroring the energy of the railroad tracks and bike path, is Seven27’s longest wing, echoing the linear orientation of the Tobacco Loft’s warehouse buildings.

VDTA’s sustainable core philosophies influence can be found throughout the design. Rain gardens, located just south of the courtyard, collect the outfall from the roof leaders and allowing it to permeate back into the water table. A large green roof occupies a portion of the covered garage and is designed to seamlessly merge into the adjacent terrain, while providing a recreation and gathering area for the building residents.

Taking advantage of the site’s proximity to the downtown area, as well as public transportation and recreational activities, the team designed the project with a reduced level of parking from the market and supplemented with significantly more bike storage than is commonplace in the area.

The residential units are designed with a highly efficient floor plans, minimizing the overall footprint of the building. In addition, large high performance glazing units are located in all units, allowing for daylighting regardless of view. These windows also contribute to an increased ability to utilize natural ventilation. While the building envelope construction varies depending on context, the performance is consistent and high. Exterior rigid insulation coupled with inter-stud batt insulation provides walls with a high R value, allowing for minimized energy usage within the units. Zoned hot water radiant flooring is embedded in the floor to provide efficient temperature control, and provisions to connect to the existing adjacent geothermal fields have been included incorporated into the design. 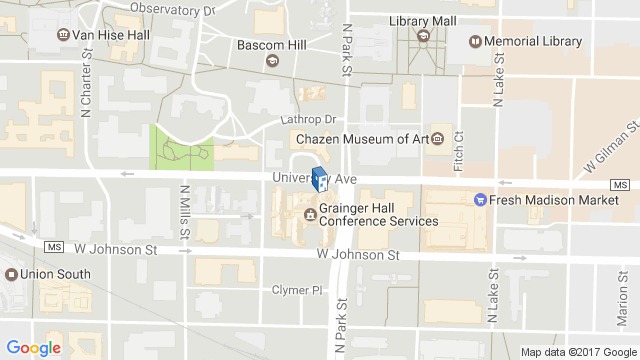