Save
House in the Mountains / Wolff Architects 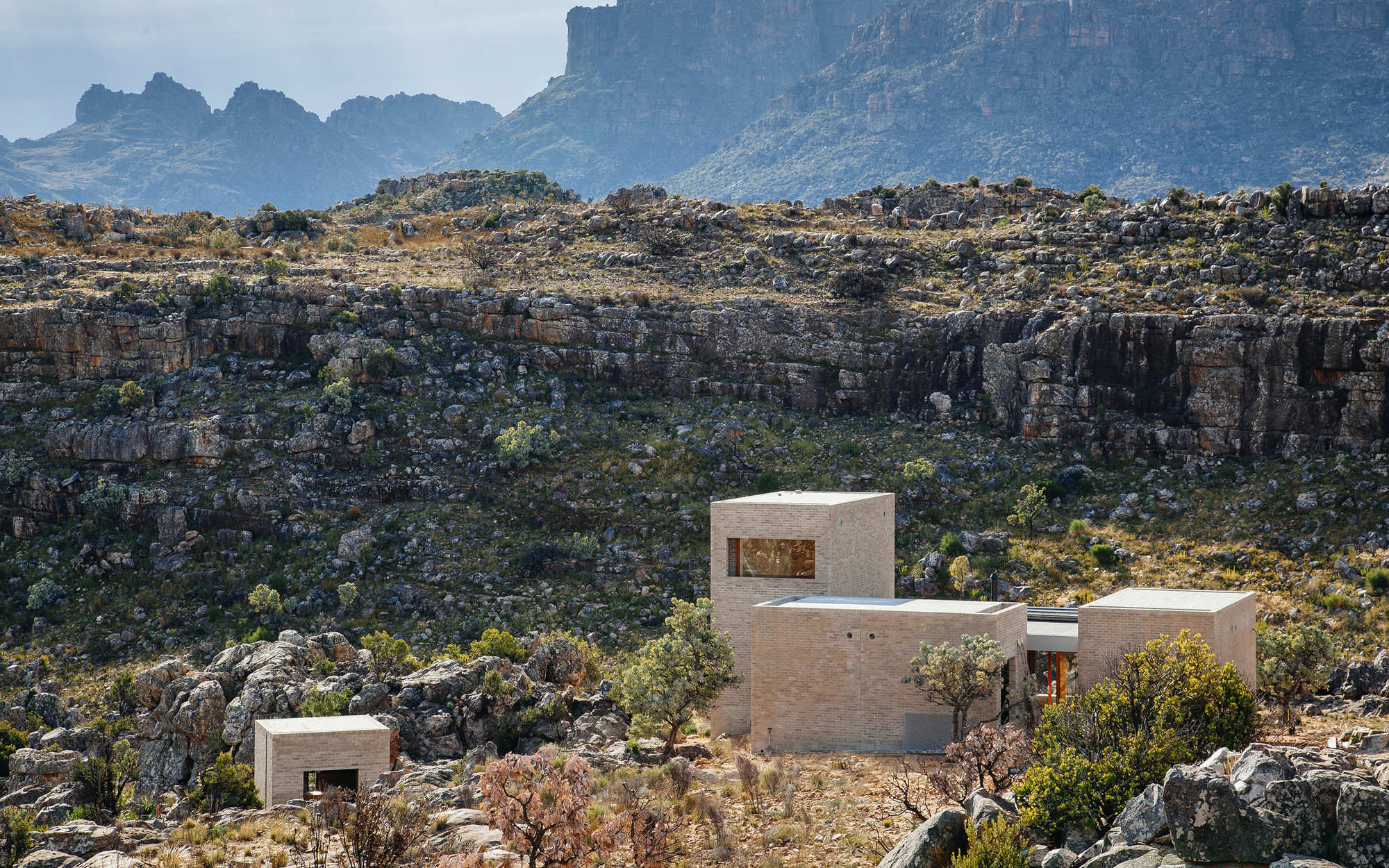 Text description provided by the architects. The site for this house is on a farm deep in the Cederberg mountains in South Africa, a landscape dense with biodiversity of the Cape Floristic Region. The setting for the house was determined by three factors, firstly a ‘bald’ spot in the vegetation was selected (in consultation with botanists) to minimise the impact of the house on the flora.

Thirdly, the setting was determined by its ability to compose a view from that specific location; the architects believe that a distant view is not rich enough a view and should be supplemented by articulate landscape features in the foreground and the middleground. For instance, the selected site has rocky ridges right in front of the primary view to the north that creates a defined edge to the space of the house without needing any built means to achieve such a boundary.

The house should be fireproof and baboonproof, but the greatest challenge of the project is to see the site back in our office, 250km away. With no marks of human life on site, (fences, electricity poles, building, etc.) it became very difficult to judge the scale of landscape features. To make matters worse, conventional land surveying produces contour plans that describe the topography only with no ability to describe the plethora of rocks and bush.

To design the building we had to develop a way to see the vegetation, rocks and topography simultaneously. The solution was to have the landscape scanned with a 3D scanner, producing a Point Cloud. Instead of following the conventional route of using these scans to produce solid surfaces, we developed ways of using the Point Cloud in its raw state to have the scale and character of the entire natural world present, while we design. The landscape indicated on the section and elevation drawings is the exact site.

The farm is within the winter rainfall area of South Africa, with cold winters and very hot summers. A constant Westerly wind comes down the valley and can sometimes be quite harsh. To protect the house against this wind the house was sited next to a rocky cliff to the West. The Western edge of the house was designed to screen the wind from the balcony.

A large overhang on the Northern side provides protection from the summer sun. The double brick walls to the North do the same job. All the rooms have shutters on the inside of the windows to insulate the openings. Low E glass was used in the living and dining room.

The house has no connection to any outside services; electricity is generated by solar power, water is supplied from a borehole and sewerage is contained on site to protect the vegetation from nutrient rich effluent.

To minimise the visual impact of the house, the program was split into three separate blocks, containing bedrooms, bathrooms and the kitchen. The living and dining room is conceived of as an enclosed ‘courtyard’ between the blocks. The fragmentation of the building mass mimics the broken up rock cliffs around it.

To further minimise the visual impact, the house will be built of a material which is identical in colour to the rocks around it; all exterior walls of the blocks are built of fairface cement brick, made with 70% recycled concrete. The brick exterior is necessary to protect the house from bush fires.

The interiors of rooms are plastered and painted white. All floors are made with polished paving brick with no concrete surface beds. The ceilings are made with South African Pine beams and floorboards, which gives a dominant yellow colour to the interior.

In a landscape where there are no marks of human intervention, it is hard to judge the scale of anything. Scalelessness was therefore used as a primary characteristic of the architecture; all conventional external building elements (roofs, downpipes, windows, etc.) were concealed to deprive the observer of anything to judge the scale by. This was achieved by making a double wall on each of the short sides of the blocks which allows openings to be cut into the exterior in the massive brick alone. All openings in the exterior envelope were exaggerated in size to diminish the apparent scale of the building from a distance. 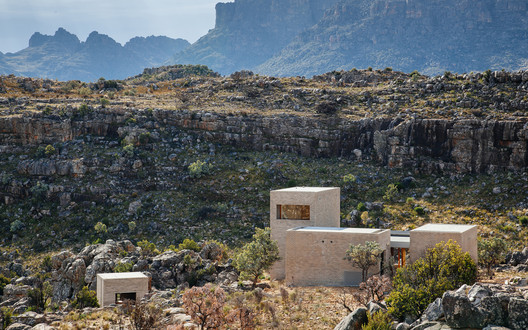