Save
Fluvial and Tourist Quay of Folgosa / Saraiva + Associados 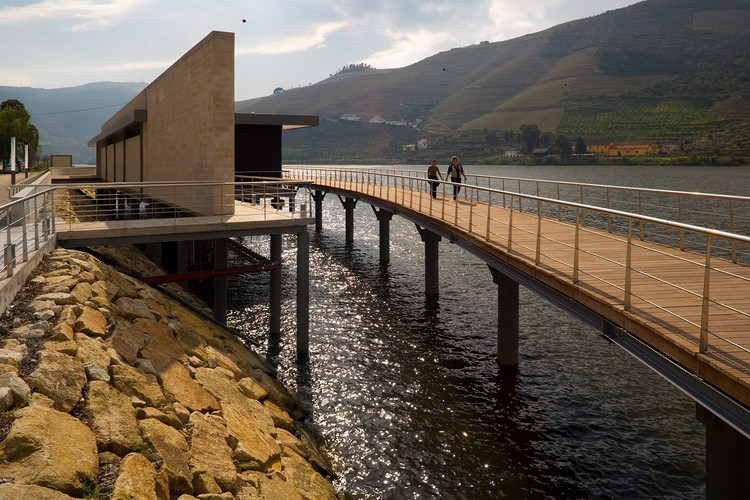 Text description provided by the architects. A mirror of subtleties on the shore of Douro river

The Fluvial and Tourist Quay of Folgosa is located at Régua, in Douro region, a UNESCO World Heritage Site, universally known for its wine and magnificent landscapes.

The project consisted in the redesign and redevelopment of the quay, including regularization and landscaping works in the land along the river; the construction of a beaching ramp and the creating of a tourist area.

The tourist area comprises two buildings, one bar/restaurant, equipped with support infrastructures to the quay, and the other building created to support the recreation areas. The first building was built on metal structure laying over reinforced concrete pilings. The building is accessed though a wide walkway, leading to a ​​paved terrace deck type, where one can enjoy the magnificent view over Douro river.

The terrace and the building are surrounded by a curved walkway, connecting the river quay and the tourist pier. This walkway is part of a largest pedestrian route that allows one to enjoy this majestic landscape. At the west end of the walkway, emerges a second building called Kiosk Support, whose functionality can be quite versatile: selling newspapers, magazines or serving as a tourist information center.

We aimed at a modern architectural solution, although making use of traditional local materials (wood, stone, etc.), in which we can see a clear contrast between the opacity of the wall in the main elevation and the transparency and visual opening to Douro river. The idea was to create a scenic terrace over the water. 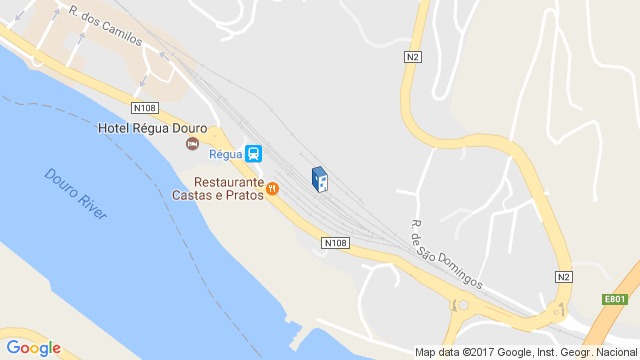