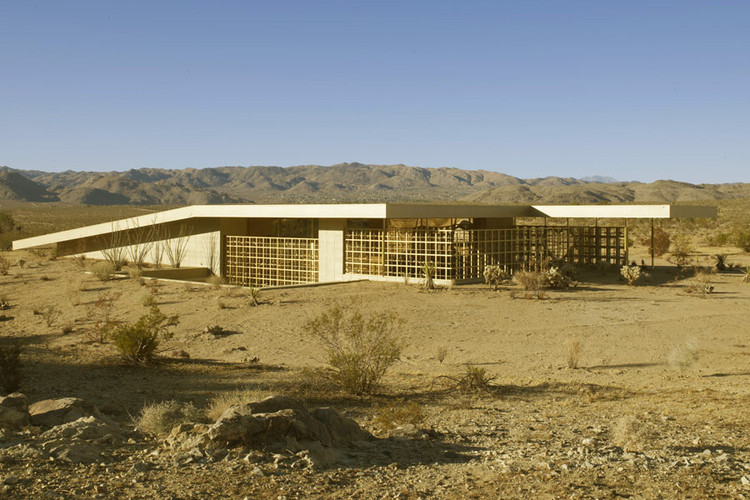 Text description provided by the architects. During February we presented you Rosa Muerta, a project designed by LA based architect Robert Stone. A personal work, built by himself in the desert, to rent to his friends (check the original article for more on his background). It generated a powerful debate between the readers, and Robert himself.

For Acido Dorado, another one of his rental projects under Pretty Vacant Properties, Robert decided to write a text specially for ArchDaily readers, a kickstart for the debate: In appreciation of the immediacy of ArchDaily as a medium- no press release this time. Just some notes to try and share what I am doing with this work.

Somewhere along the way I became interested in meaning, as well as form, in architecture. A reduced abstract approach can be a valuable exercise in pursuit of novel form, and there has been some really exciting work generated by that approach in past decades. But honestly, I began to see its muteness as an expresion of the conservative power that it silently serves, the very stuff that many of us resist in our daily lives. I began to admit the negative connotations of architecture first. Then I eventually found positve ones as well and things got a lot more interesting to me. . .so I followed that path wherever it led. In my case it led through art and design theory and practice, then eventually back to architecture with a very different set of issues, terms and aesthetics. What I discovered was an alternative theoretical basis for architecture that doesn't overlay meaning on abstract shapes, but instead wrests it from the unstable intersection between the subject, object and real cultural context. I don't claim to have originated this idea (it underlies virtually all current art practice), and it has none of the hallmarks of the kind of »movement« that architects seem to always want to follow or lead, but it is another serious way of thinking about architecture and I'll fight for the small space it occupies.

People create meaning through use of a building and by considering it within a context outside itself . . be it a phoney projected futurism, fictional form-generating "forces" (erosion?), some narrative of ecological responsibility, or simple stylistic trends. My goal is to make work that admits its connotations and associations to something more substantial and complex- the real beautiful and messed-up cultural context here where I live (and my beautiful and messed-up friends that live here). My position is that the real cultural context is much more interesting than any invented and simplified one, you just have to be willing to get down with it. You may win and you may lose, but at least it's a real fight.

By definition, this architecture's ability to connect may be limited to those that have a deep familiarity (or at least an affinity) with the cultural context here in Southern California. This work wasn't designed to speak magazine esperanto, but instead, to make some new poetry out of the native toungue. It really helps if you live in a town where all of the streets are named in non-sense guero-spanish. It really helps if you are faced with the surveilant stare of metallic tinted glass corporate offices out your barrio window. It really helps if you've skated a pool of an abandoned modern icon, built a road-side death shrine out of flowers and mercedes-benz parts, or shoplifted from the Gucci boutique. However, the trade-off of this limitation is that it becomes possible to make architecture that feels visceral and is relevant to it's own time and place. Much of it comes from personal experiences and local culture simply because that is where I started. . with the things I know,love, hate and fear. . and honestly grappling with what I find compelling in it all to somehow make new architecture.

From the perspective of mainstream architecture you could easily assume that I am just a punk who actually had no idea that putting a big heart figure on my building might turn some people off, and let that be the end of it. Fine. But if you want more out of it, it's there. I accept, and experience both it's positive and negative associations. And that the continous movement between them, and making self-concious the cynicsm that we all bring to new things is part of what makes it interesting to me. The dischord of familiar objects behaving strangely, the sick beauty of written-off aesthetics, along with surprising and careful new details and elegant spatial composition can all be the building blocks of meaningful new architectural experience. I am just saying. . . it isn't all about making something you or I already like or know what to think about. It's about making something that's worth thinking about.

I can't deny that this approach to architecture poses an implicit critique of some aspects of the current state-of-the-art, and the mostly unquestioned assumption that the content of architecture resides wholely within its abstract form. But I have no stake in that critique beyond my own work. I am on my own desparate search for a way to make architecture that matters. There will always be corporate pop music and worldwide abstract architecture- I am not out to critique it, I just don't care about it.

For me, the most destabilizing, and therefore potent, aesthetics are those that mess with the known and the unknown. So I work with both, the space inbetween, and the intersections. I like to build from things that I think I know, and use that familiarty to create an odd haiku where all of the elements modify each other for reconsideration moment by moment. I want to drop a new architecture into the crushing flow of cultural meaning and everyday use, let it get battered, polished and transformed, and in turn have it subtly modify the meaning of everything around it. Why? Because that is something I do have a stake in. It's the real culture I live in, it's not high or low, it's just whatever I find around me that can carry new meaning and ideas into the world. 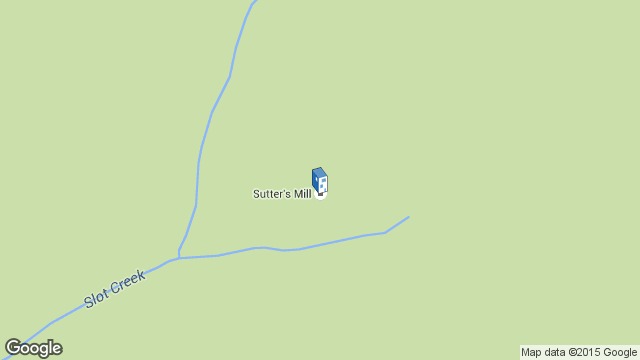 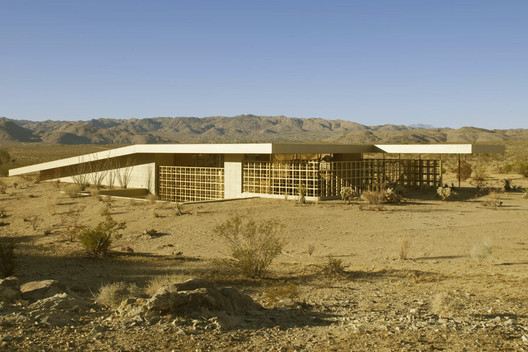