Text description provided by the architects. The Footcheball is commissioned by the Voyage à Nantes for its 2014’s edition to invent « Playgrounds » (Patricia Buck & Rafaël Magrou’s 2012 original idea). « Playgrounds » is an invitation to play sports of a new kind and have fun, but also a proposition to the inhabitants and travelers to look at the city in a new way, like a superposition of surprises and free spaces. Mixing squash, ‘baby-foot’, and indoor soccer, the Footcheball is a sport to be played in a defined space, the Chaum-Room. It is open to everyone, as long as the chport spirit is respected.

Once upon a time, a great battle was opposing the FC Urbanch to the FC Naturch, battle that no one knows when or why it started. But one day it was decided to get rid of this hatred and to square this up playing a new game. In the year 2014 of our era, the Fathers decided of a friendly joust, in a secret place, along the magical and translucent Loire’s waters, where even float sea breezes and opalescent fog.

This place would get the caracteristics of each team : the thick coat of thatch still feeling the swath prairie on one side, the cold metal mesh on the other side. Hot and cold, gray and yellow, nature and urban. Two teams would be selected, playful and combative, able to play in a pacific way, trying to score each other a maximum of butches in the opponent team’s goal. This way, starting in the year 2014 of our era, a peaceful and equity state of mind would reign, between two eternal opponents, there- fore able to meet each other for a playful and joyful match.

The project is located on Nantes’ Island, near the Quartier de la Création, on the François Mitterrand dockside. Between the city that emerges along the dock, the Loire and the wild park of the Mabon Island, the site is the meeting point of built space and nature. On the dockside, the pathway is drawn between concrete, grass and pavement ; horizontal composition that we can find again in vertical, as the soil layers of this part of the island are marked by the history of the island, composed of rubble, covered with sand, then covered with mud. A long field, that stretches up from the Palais de Justice to the Ecole Nationale Supérieure d’Architecture de Nantes, hosts two trees. Exactly in between those two trees that the Footcheball is set, taking advantage of the length and the grass, perfect ground to play on.

In this « bipolar » environment, the Footcheball is called to become a signal on this dockside. The Chaum-Room, in which we play Footcheball, is kind of a classic french farmhouse, caraterized by its two faces : one covered with thatch, along the road of the Fran- çois Mitterrand dockside, facing the Mabon Island park and in touch with the concrete architecture of the « Habiter les Quais » lot, by Nicolas Michelin ; on the other side, a metal meshed face, rhythmed by the wooden structure, with a view on the Loire, along the pedestrian paved pathway.

Thus the Chaum-Room underlines the oppositions of the Quartier de la Création. The face covered with thatch reveals the ligerian landscapes. This offers a vertical continuity to the grassed pathway that stresses the horizontality of the site, and a playful texture, in opposition with the concrete and the metal elements, and the vertical lines of the housing buildings around, on the island as well as the opposed dockside.

This face turns the back to « Habiter les Quais », and invites the visitor to go to the other side. On the other face, the cold metal mesh is extended in the perspective of the urban landscape of the island. Perspective stressed by the rhythm of the wooden structure. The metal mesh offers a transparency : you can see the game from the pedestrian pathway, proposition to stop there on the banks and enjoy the game ; the players can see the Loire and enjoy the light from the North, that is spread on the field and get the warm colors of the wooden panels that rig out the North interior façade.

The project is imagined in a way that it does not damage the site. Thus the project takes advantage of the caracteristics of the site and reveals them, and it is simply put down on the field. In fact, it is set on light foundations, KRINNER metal screwed in the ground, and the whole construction was prefabricated in a wrokshop.

The structure is composed of nine timber framework porticos, eight wooden chambers for the façade and eight for the roof set in between. These chambers were prefabricated in a workshop, ensuring this way the control of the details, of the assembly, and garan- tying a noiseless constructing site.

The South façade, covered with a thickness of thatch of average 28 cm, brings a protection to the players against the sun and hot weather. Solar mask reinforced by the trees, one at each end of the Chaum-Room. The North façade offers light and ventilation, as well as the sights.

The inside layout gets the external elements. On the North side the wooden chambers are kept the way they were built, already covered with wooden panels. The joints between chambers are filled up with the same wooden panels to hide the porticos, and are doubled on the underside of the roof to stress out the rhythm given by the structure. This wooden panels, veined, gives the space a warm light, just like the thatch does on the other side. On the North façade, a wooden base has been built to ease out the game (it has been made also on the side walls), and the metal mesh starts upon this base, and goes till the ridgepole to get the light to penetrate the Chaum-Room.

These two material faces realise also two way of playing. The wooden panels make the ball bounce quickly, and it allows the player to accelerate the game. As for the metal mesh, it can be deformed, it is softer and makes the game slower, it does not offer an homo- geneous bounce. Thus you have to play with these two aspects to score butches! 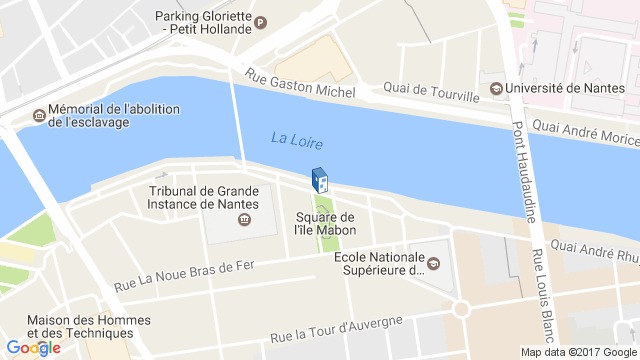 Location to be used only as a reference. It could indicate city/country but not exact address.
Share
Or
Copy
About this office
Guinée et Potin Architects
Office
•••