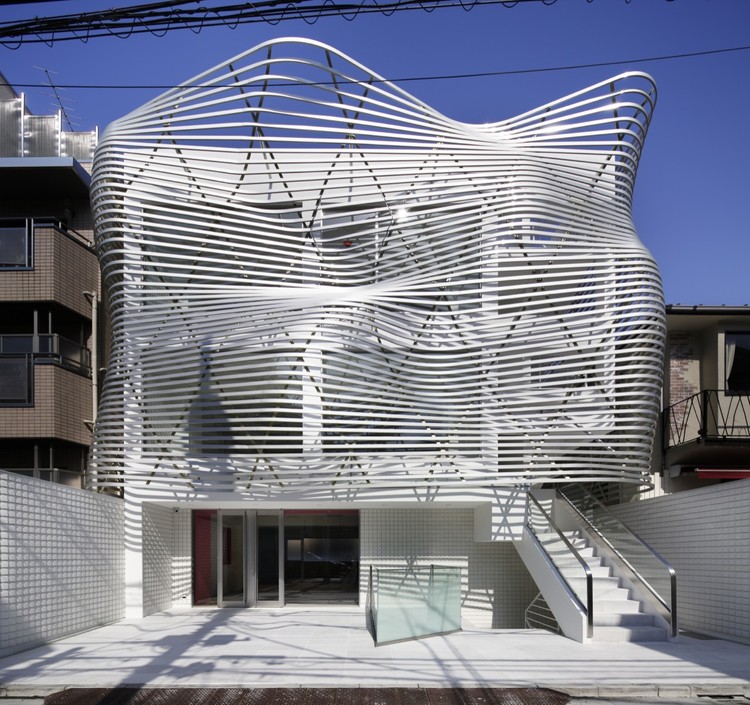 Text description provided by the architects. This is a conversion project that totally renovated a 25-year old office building, located on a back street of Omotesando in Tokyo, in order to facilitate commercial functions. The client requested a design that would have a façade expression differentiated from the surrounding buildings, and that would be a part of future tenants’ branding. We aimed at a design with a soft expression that would be favorably accepted by passersby, while standing out from the surrounding buildings that tended to have physically hard expressions.

By removing the out-of-fashion decorative frame structure on the existing building frame as much as possible, the primary shape was exposed. Then, metallic louvers were placed by using computer design to add a modern expression that conjures images of soft clothing. The louvers give a soft expression by connecting three-dimensionally misaligned radiuses. They appear complicated but consist of only two types of radii (700R and 1700R) and straight lines. The louver components are welded to crossed SUS plates, and protrude from the building frame by SUS pipes, resulting in a streamlined workability.

At a time with a feeling of stagnation, we expected the building to create a new relationship with its surroundings, to add variety and a rich expression to the street, and to vitalize the neighborhood. After completion, we saw many passersby who took photos of this building with a smile. We also heard that the client was able to maintain a significant rate of return thanks to the façade design, and therefore we believe this project was a success. 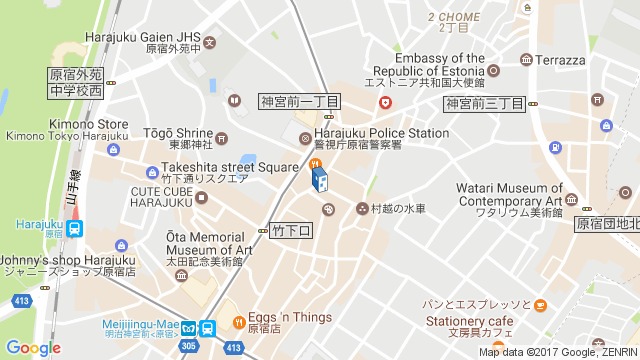 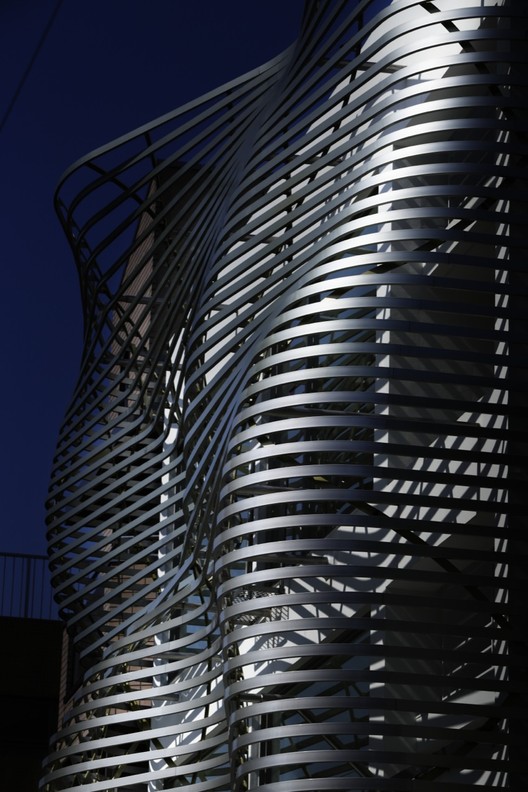