Save
The Deli Counter / studio Y 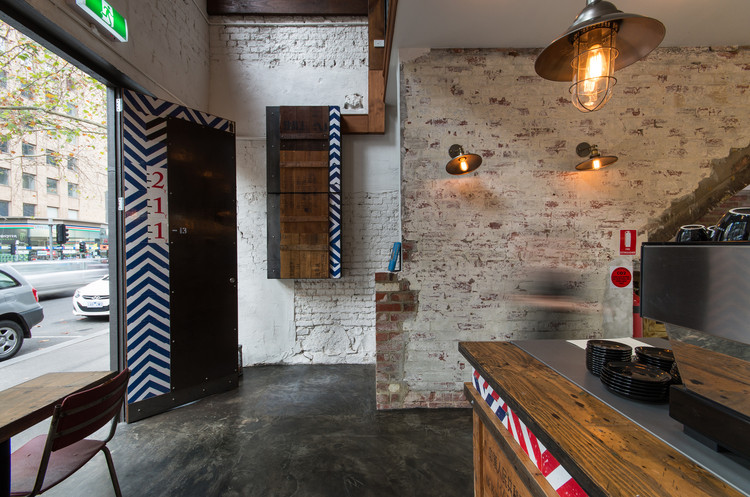 Text description provided by the architects. While formerly reserved for the likes of artists’ studios and warehouse conversions, the industrial look has effortlessly made its way into Melbourne’s café scene. Studio Y’s new design for The Deli Counter in Queen Street Melbourne embraces this fabulous groovy-industrial chic which has been so enthusiastically welcomed by Melbourne’s sophisticated but demanding diner.

Working to a tight budget and timeframe, Studio Y have worked within the existing footprint repurposing original fittings while sourcing eccentric pieces to create an eclectic yet pared back aesthetic which provides the perfect backdrop for the sensational daily produce. Robust, quirky timber crates have been reinvented as counters and shelving and timber floors removed from the first level have been reborn as counter tops. These are beautifully complemented by the duality of the blue and white wall tiles in the kitchen area and by the red, white and blue of the geometric and numerical detailing featured throughout the café. This creates a visually graphic punch as well as a contrast to the neutral timber and brick palette. The dramatic front door – again created from repurposed materials – screams serious street cred, telegraphing this new culinary destination to Melbourne while retaining the Soho style glass façade is a masterstroke.

Studio Y removed half of the first floor space to create a full height void at the front of the café which considerably opens up the space and enables light to spill down onto diners below.  Brick walls have been either left in their original form or stripped back then lime-washed. Pendant and wall lighting is quite detailed however this is countered by the simple ‘classroom’ chairs.

The open kitchen is a key element of the design and draws customers into the space. This is both dynamic and functional – abundant storage and display and the space is easy to manoeuvre around for staff.

The Deli Counter is a sensational new addition to Melbourne’s CBD café environment – and once again Studio Y has created a beautifully understated, urbane space which effortlessly allows the amazing produce to be the hero here. Pared back to the essentials, the design showcases the beautiful interplay between pure form and function. It's unpretentious, down to earth and all the more chic for it. 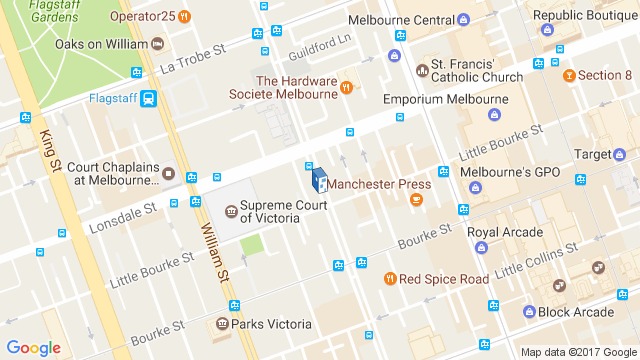