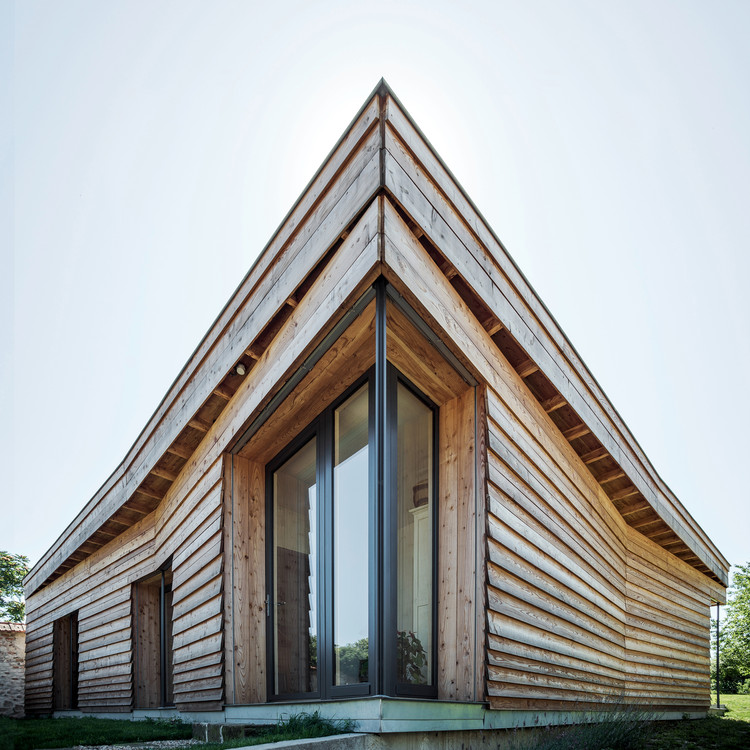 Text description provided by the architects. When Alice had come within a few yards of it, she saw that it had eyes and a nose and mouth ; {…} she saw clearly that it was HUMPTY DUMPTY himself. 'It can't be anybody else!' she said to herself. 'I'm as certain of it, as if his name were written all over his face !'

Humpty Dumpty was sitting, with his legs crossed like a Turk, on the top of a high wall - such a narrow one that Alice quite wondered how he could keep his balance - and, as his eyes were steadily fixed in the opposite direction, and he didn't take the least notice of her, she thought he must be a stuffed figure, after all.

'And how exactly like an egg he is!' she said aloud, standing with her hands ready to catch him, for she was every moment expecting him to fall. 'It's very provoking,' Humpty Dumpty said after a long silence, looking away from Alice as he spoke, 'to be called an egg – very !' 'I said you looked like an egg, Sir,' Alice gently explained. 'And some eggs are very pretty, you know,' she added, hoping to turn her remark into a sort of compliment. 'Some people,' said Humpty Dumpty, looking away from her as usual, 'have no more sense than a baby !' Alice didn't know what to say to this: it wasn't at all like conversation, she thought, as he never said anything to her ; in fact, his last remark was evidently addressed to a tree - so she stood and softly repeated to herself :

'Humpty Dumpty sat on a wall :

Humpty Dumpty had a great fall.